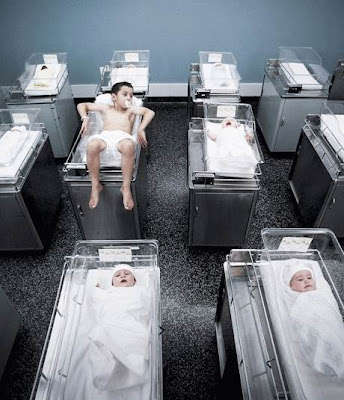 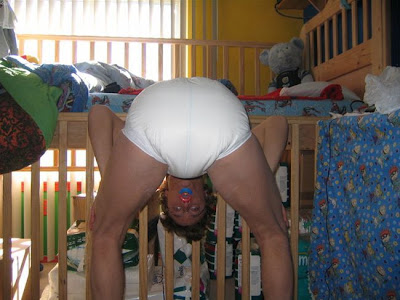 There was an airplane full of a shipment of Pepsi flying over Africa. It suddenly had a malfunction and went down.

A few days later, PepsiCo sent a rescue plane out to look for the lost plane. They found the wreckage but were unable to locate the crew. They searched the area and found a tribe of cannibals.

What’s wrong about this picture? Australia plans to ban alcohol and pornography on Aboriginal land to curb a "national emergency" in child abuse, prime minister John Howard has said. The bold measures to tighten controls over remote indigenous communities would also include strict new limits on welfare payments. Mr Howard's announcement comes after a report from officials in Australia's Northern Territory found high instances of child abuse in Aboriginal communities. "This is a national emergency", Mr Howard told parliament. "We're dealing a group of young Australians for whom the concept of childhood innocence has never been present." "Exceptional measures are required to deal with an exceptionally tragic situation." Under the proposal, the sale, possession and transportation of alcohol would be banned in Aboriginal communities for six months, while every Aboriginal child under the age of 16 would undergo a medical check. Extra police would be deployed and pornography outlawed, with computers searched for x-rated images. There's a news video on this page.
Posted by The Man at 6/22/2007 No comments:

Getting "Stoned" at Work

EDINBURG, Texas (AP) --- Firefighters who spent half an hour fighting a blaze in which 2,000 pounds of marijuana went up in smoke breathed so much of it that they would have failed a drug test, a fire chief said. It took more than 35 firefighters, 1,000 gallons of water and five gallons of chemical suppressant to extinguish the warehouse blaze on Wednesday, Fire Chief Shawn Snider said. U.S. Immigration and Customs Enforcement agents were investigating the origin of the drugs. The Hidalgo County fire marshal was investigating whether arson was the cause. Snider said Thursday the firefighters were exposed to so much marijuana smoke that they would not be able to pass a drug test, despite wearing air packs to prevent them from inhaling toxic or hazardous fumes.
Posted by The Man at 6/22/2007 No comments:

Have you ever wonder why...

Why does a round pizza come in a square box?

Why is it that people say they "slept like a baby" when babies wake up like every two hours?

Why are you IN a movie, but you're ON TV?

Why do doctors leave the room while you change? They're going to see you naked anyway.

Why is "bra" singular and "panties" plural?

Did you ever notice that when you blow in a dog's face, he gets mad at you, but when you take him for a car ride, he sticks his head out the window?

Why are Irishman and Chinaman; are one word but any other countries man is two words. Example: American Man, Japanese Man, Russian Man, Turkish Man, Canadian Man,
Posted by The Man at 6/22/2007 No comments:

An Irishman was terribly overweight, so his doctor put him on a diet.

"I want you to eat regularly for 2 days, then skip a day, and repeat this procedure for 2 weeks.

The next time I see you, you should have lost at least 5 pounds."

When the Irishman returned, he shocked the doctor by having lost nearly 30 pounds! "Why, that's amazing!" the doctor said, "Did you follow my instructions?"

The Irishman nodded..."I'll tell you though; I thought I was going to drop dead the 3rd day."

"From hunger, you mean?"

In a number of carefully controlled trials, scientists have demonstrated that if we drink 1 liter of water each day, at the end of the year we would have absorbed more than 1 kilo of Escherichia coli (E-coli) bacteria found in feces. In other words, we are consuming 1 kilo of poo.

However, we do not run that risk when drinking wine (or rum, whiskey, beer or other liquor) because alcohol has to go through a purification process of boiling, filtering and/or fermenting.

Therefore, it's better to drink wine/liquor and talk stupid, than to drink water and be full of shit.

There's no need to thank me for this valuable information; I'm doing it as a public service.
Posted by The Man at 6/22/2007 No comments: 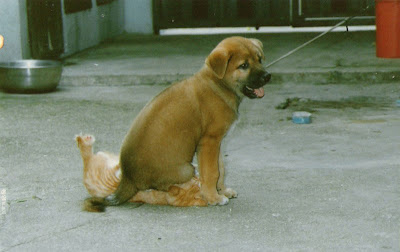 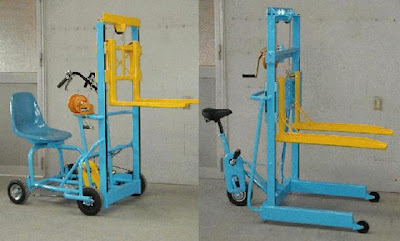 You don’t need petrol or even electricity to move large items anymore. Simply get yourself a human-powered forklift instead. Providing you’ve had a good hearty breakfast, you’ll be able to shift up to 30kg in no time. The forklift is ridden just like a bicycle, while a winch is used to lift objects of your choosing. You can even drive backwards by cycling in reverse. Made by Soceadth, the emissions-free, environmentally friendly Cycle Forklift (CF-100KG) costs 199,500 yen (£814/$1615).
http://www.plasticbamboo.com/2007/06/19/person-powered-forklift/
Posted by The Man at 6/22/2007 1 comment:

Girl's feet severed on ride at Six Flags in Kentucky

• Ride malfunctions and cuts off girl's feet at Six Flags in Louisville, Kentucky

(CNN) -- A girl's feet were cut off Thursday when a free-fall thrill ride malfunctioned at the Six Flags Kentucky Kingdom Amusement Park in Louisville, Kentucky, police said.
A cord wrapped around the 16-year-old's feet and severed them at her ankles while she was on the "Superman Tower of Power," a police dispatcher said. The girl was taken to a local hospital.
An unidentified witness told CNN affiliate WLKY she saw a cable on the ride snap.
"The people on the ride just came and hit the ground," she said. "When I got up there, the lady she was just sitting there, and she didn't have no legs. ... And she was just there, calm, probably in shock from everything."
Posted by The Man at 6/22/2007 No comments: 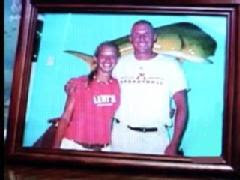 WILMINGTON, N.C. -- A 40-year-old high school teacher and cross country coach has resigned and married a 16-year-old student. The county board of education approved Wuchae's resignation Tuesday -- a week after he had requested it.

Hager's parents said they did all they could to keep the couple apart after noticing a deeper-than-usual friendship between them.

Betty and Dennis "Bubba" Hager told The Star-News that they exhausted their resources. They said they asked for help from school officials, law enforcement, teachers and students. They also said they asked Wuchae to leave their daughter alone and tried to get a restraining order against him.

"There was no proof of anything unlawful on his part or her part," said Oak Island Police Major Greg Jordan. "Inappropriate and unlawful are two different things."

The Hagers said they reluctantly signed a consent form allowing their daughter to marry her coach.

In this first installment of Sexy Sex Ed we show you how to touch a woman’s breasts sensually and with care on a live participant.

Gravedigger stole body parts to use as smoking accessories 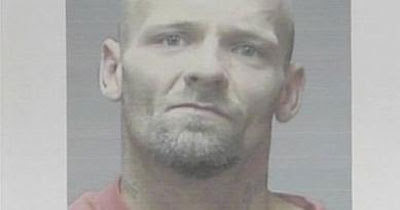 Police say a gravedigger stole body parts including a skull and a thigh bone from broken casket at a church cemetery and took them home as smoking accessories. "While he was digging a grave, a casket was broken open, so (investigators) believe he took the body parts to make an ashtray and a pipe," Police Lt. Kevin O'Brien told the Sentinel & Enterprise of Fitchburg. He said a police report didn't identify the grave, which was at St. Bernard's Cemetery. Keith Chartrand, 30, of Fitchburg, also is accused of killing his wife's dog. Police charged him with removing a body from a grave and cruelty to animals. Fitchburg District Court Judge Arthur Haley III ordered Chartrand held on $50,000 bail at a court hearing on Wednesday where Chartrand told the judge the charge against him was "bogus."

It is important for those to recognize these Four Religious Truths:

1. Muslims do not recognize Jews as God's chosen people

2. Jews do not recognize Jesus as the Messiah.

3. Protestants do not recognize the Pope as the leader of the Christian World.

Farewell, you will be missed. 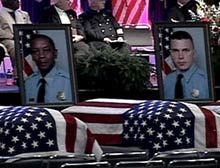 NORTH CHARLESTON, South Carolina (AP) -- Nine caskets lined the front of a coliseum as thousands of firefighters from across the nation, their hats in their hands as bagpipes played, honored nine colleagues who died battling a furniture store blaze.
Uniformed escorts walked the men's wives, siblings and children to their seats in a long procession of red carnations, tears and hugs.
Monday night's fire created the single largest loss of firefighters' lives since the September 11 terror attacks.