This squirrel was drunk from eating naturally fermented pumpkins.
THIS SQUIRREL WAS FINE THE NEXT DAY.
Except for maybe a HANGOVER the size of a Pumpkin.
Fermentation is how alcohol is made and animals get drunk in nature all the time.
.
.
Tattoo Jim said...
LMAO!!!!!
.
Emily said...
So funny!
.
Has anyone been in similar situation please tell.
.
Posted by The Man at 2/16/2009 No comments: 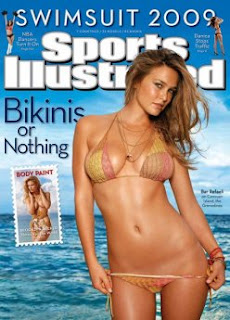 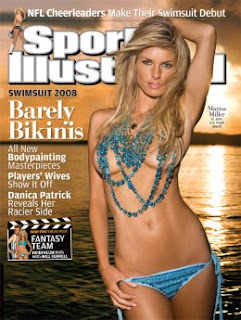 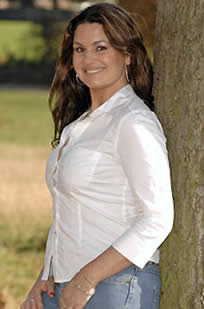 Sarah Carmen, 24, is a 200-a-day orgasm girl who gets it on on ANYTHING vibrating (imagine she starts a car, car is having some slight movements then ta daaa!). She suffers from Permanent Sexual Arousal Syndrome (PSAS), that increases blood flow to female parts. "Sometimes I have so much sex to try to calm myself down I get bored of it. And men I sleep with don't seem to make as much effort because I climax so easily." She thinks her condition was brought on by the pills. "Within a few weeks I just began to get more and more aroused more and more of the time and I just kept having endless orgasms. It started off in bed where sex sessions would last for hours and my boyfriend would be stunned at how many times I would orgasm. Then it would happen after sex. I'd be thinking about what we'd done in bed and I'd start feeling a bit flushed, then I'd become aroused and climax. In six months I was having 150 orgasms a day—and it has been as many as 200." She and her boyfriend have gone to the splitsville— and new partners struggle to keep up with her sex demands.

.
Women Who Whine About Having 100's Orgasms A Day
More crybabies whining! Plagued with "Persistent Sexual Arousal Disorder," these women claim they have orgasms every couple seconds which last for hours on end. So what’s wrong going through life having orgasms? It’s God’s gift!
.
.
.
Anonymous said...
What pills?!?! I want to get some for my fiancee!
.
Posted by The Man at 2/16/2009 No comments:

Three six-foot-tall "Healthy Penises" made a special re-appearance at noon Friday in the Castro District. The less-popular "Phil the Syphilis Sore" also showed up. They are actually healthcare workers inside the outrageous costumes, which were recently on loan to other cities.
A health department spokesperson said the outfits, which debuted seven years ago, are intended to bring attention to the need for gay men to get syphilis tests. Syphilis cases are on the rise, as the sexually-transmitted disease has risen 50-percent from 2007 to 2008.
VIDEO
.
Caitlyn said...
Please, everyone knows they're not even moderately realistic.
Since when is the white penis bigger than the black penis?
.
Are you telling this from experience?
Who said it was a "Black Penis?"
The darker shade one could be a "Mexican."
.
Posted by The Man at 2/16/2009 No comments:

Female Boxer Banned From Ring
The former model that turned boxer says it’s because of her breast implants.
Sarah Blewden, 25, of Poole, Dorset in England, told the newspaper that boxing officials will no longer allow her to fight because they fear repeated blows to the chests would ruin her false breasts and "damage her breast tissue."
Blewden began boxing two years ago as a way to keep in shape, but decided she had a real talent for it, so she applied to the Amateur Boxing Association. She said she had one day hoped to compete in the Olympics.
When the Association found out she had the implant surgery in 2003, officials denied her request to fight.
The Association’s medical expert told Blewden she was at risk of distortion, and the breast tissue’s blood cells could be damaged.
Blewden appealed, arguing she would wear a breast protector, but was denied.
"They are gel implants and not liquid, so they won’t burst," she said. "And if I suffer capsular contracture and need to pay for corrective surgery, then that is my decision."
.
Man With Anti-DWI Device Crashes Car While Intoxicated
A Long Island man whose car was outfitted with an anti-drunken-driving device rented another car and crashed it while intoxicated, police said.
The 27-year-old driver is in critical condition after the wreck around 6 a.m. Sunday in Brentwood, the Stony Brook University Medical Center said.
The driver agreed after a previous DWI conviction to have his car equipped with an ignition interlock device, according to Suffolk County police. The "blow and go" technology tests for alcohol in a driver's breath before letting the car start.
It's unclear when he acquired the rental car, which had no such device. Police say he lost control of that car and hit a utility pole.
The suspect is expected to be arraigned on a DWI charge.
.
Man Dies After Being Sprayed and Tasered by Deputies
A man running naked in the street died after he was shocked with a stun gun by Los Angeles County sheriff's deputies.
Deputies answering a disturbance call in suburban Lakewood at about 10:15 p.m. Saturday saw a man running naked in the street and acting irate, Deputy Keith Ho said. They tried to calm the man but he remained belligerent. When he advanced toward the deputies, Ho said they hit him with pepper spray and a taser electric stun gun.
Ho said after the man was handcuffed, deputies realized he wasn't breathing. They began CPR and paramedics were called but the man was pronounced dead at a hospital.
His identity hasn't been released, and the death is under investigation.
.
Posted by The Man at 2/16/2009 No comments:

This video is an edited, censored news report.
.
.
caitlyn said...
I hope that fucker rots in jail so that he can be the pussy getting his ass kicked.
.
That would be nice if it would happen that way.
But he probably get 2-3 year sentence suspended with probation.
.
Posted by The Man at 2/16/2009 No comments: