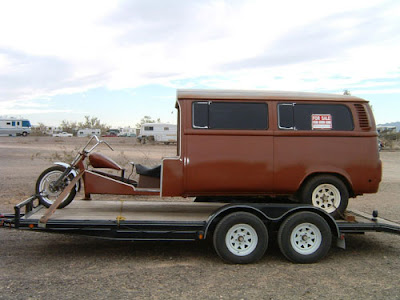 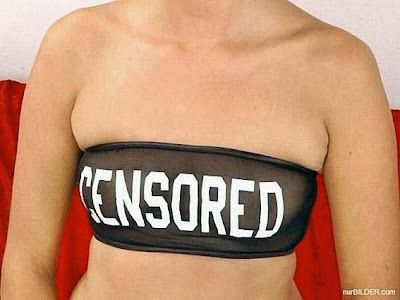 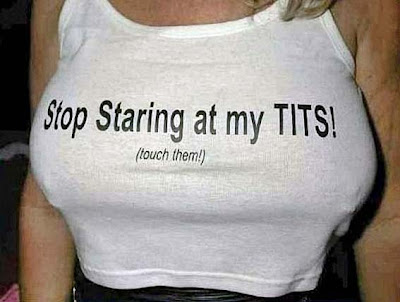 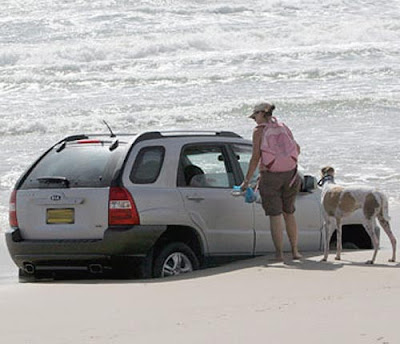 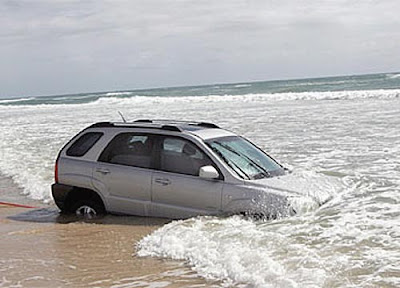 Cop gets sent to the Big House 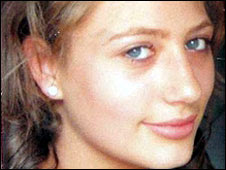 A police officer has been jailed for causing the death of a 16-year-old schoolgirl by dangerous driving.
Pc John Dougal, 41, accelerated to 94mph (151km/h) in a 30mph zone before he hit Hayley Adamson in Newcastle's Denton Road on 19 May last year.
He was jailed for three years on Friday after earlier being convicted at Newcastle Crown Court.
Dougal was chasing a suspect car at the time, but did not have his siren or blue lights switched on.
During his trial it emerged Dougal was reacting to the automatic number plate recognition system of his Volvo patrol car, which alerted him to a passing Renault Megane.
But the device was incorrect and the Megane was being lawfully driven.
.
Posted by The Man at 5/01/2009 1 comment:

FUCK YOU! I Voted! Indian Bollywood film actors Aishwariya Rai Bachchan(L), Amitabh Bachchan (C) and Abhishek Bachchan(R) display their ink-marked middle fingers after casting their vote at a polling booth in Mumbai for the country's elections.
.
Posted by The Man at 5/01/2009 1 comment:

There are probably better ways to avoid jury duty than the approach recently taken by a Montana man. After Erik Slye, 36, received a jury notice earlier this year, he filed a notarized affidavit seeking to be excused from serving on a District Court panel in Gallatin County. Slye's caustic affidavit, which he prepared with help from his wife Jennifer, can be found below. The document, of course, did not sit well with court officials and led a judge to threaten to jail Slye. But after being summoned to court, Slye apologized for the affidavit and avoided being cited on a criminal failure to appear rap. And he also was excused from serving on a jury.
Enlarge