The harshest things a woman can say to a naked man.

Wedding Photo You Will Never Forget 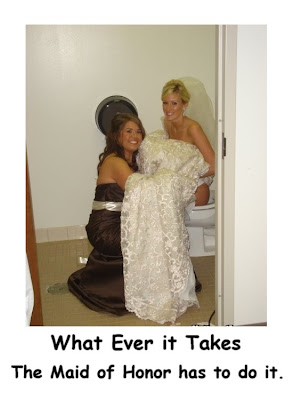 You need to clean up behind your dog. 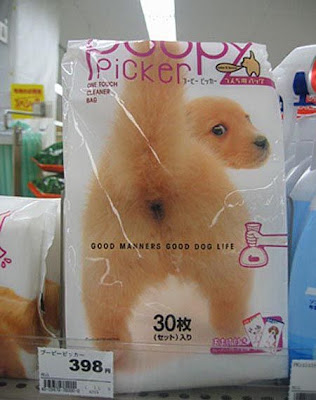 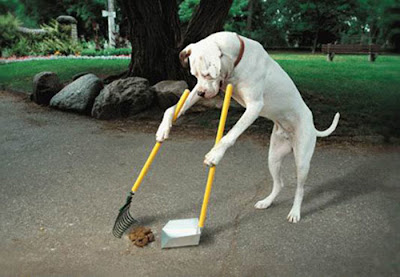 Catch us if you can!

Cows Flee After Seeing McDonald's
WEST HAVEN, Utah (AP) - McDonald's? The burger joint? Stampede!
Eight cows escaped from a trailer when the rear gate opened as the driver pulled into a McDonald's. It took about two hours to round them up Monday.

"Maybe they were going to ... hop in the freezer, save the middleman," Weber County sheriff's Sgt. Dave Creager said. Lt. Kevin Burns had another theory: "They didn't like their future."

The roundup was called "Operation Hamburger Helper." A nearby resident even hopped on his horse.
"I thought my eyes were lying," said Wayne Sanders, who was at a truck stop next door. "I don't know where they came from, but I'd say they'd have to weigh 800 pounds apiece and they were on a pretty good trot."

.
Pot-Bellied Pigs Run Wild on Iowa Street
DAVENPORT, Iowa (AP) -- Who wants a pig in a blanket?
Two stray pot-bellied pigs stirred up a commotion Wednesday morning while on the run from two animal control officers, two police officers and even a couple of utility company workers who joined the 35-minute chase.

"They're tough," she said. "They have no necks, so you really can't get a collar on them."

After a few unsuccessful dives, the pigs were caught as workers at various businesses stuck their heads out in disbelief. Some had cameras.

"They dart in and out of cars, and somebody could get hit," Messmer said. "That's why you have to catch 'em. Poor little buggers."

The pigs will be sent to an animal shelter, Messmer said. She presumed they were pets from someone living in the area.

Things that sound dirty at Thanksgiving, but aren't

Whew, that's one terrific spread!
I'm in the mood for a little dark meat.
Tying the legs together keeps the inside moist.
Talk about a huge breast!
It's Cool Whip time!
If I don't undo my pants, I'll burst!
Are you ready for seconds yet?
Are you going to come again next time?
It's a little dry; do you still want to eat it?
Just wait your turn, you'll get some!
Don't play with your meat.
Just spread the legs open & stuff it in.
Do you think you'll be able to handle all these people at once?
I didn't expect everyone to come at once!
You still have a little bit on your chin.
Use a nice smooth stroke when you whip it.
How long will it take after you stick it in?
You'll know it's ready when it pops up.
Wow, I didn't think I could handle all of that!
How many are coming?
That's the biggest one I've ever seen!
Just lay back & take it easy...I'll do the rest.
How long do I beat it before its ready?

If any of you guys have ever thought you have balls, forget about it.
This is a true story that just happened at a wedding at Clemson. A buddy of mine from my baseball team knows a guy that was at the wedding. This was a huge wedding with about 300 guests.
After the wedding at the reception, the groom got up on stage at the microphone to talk to the crowd. He said that he wanted to thank everyone for coming, many from long distances, to support them at their wedding. He especially wanted to thank the bride’s and groom’s families for coming. To thank everyone for coming and bring gifts and everything, he said he wanted to give everyone a gift from him. So taped to the bottom of everyone’s chair was a manila envelope. He said that was his gift to everyone, and told them to open it.
Inside the manila envelope was an 8×10 picture of his best man having sex with the bride. (He must have gotten suspicious of the two of them and hired a private detective to trail them.) After he stood there and watched people’s reactions for a couple of minutes, he turned to the best man and said Fuck You; he turned to the bride and said Fuck You, and then said I’m out of here.
He got the marriage annulled the next day. While most of us would have broken it off immediately after we found out about the affair, this guy goes through with in anyway. His revenge: making the bride’s parents pay for a 300 guest wedding and reception, letting everyone know exactly what did happen, and trashing the bride’s and best man’s reputations in front of friends, family, grandparents, etc.
Posted by The Man at 11/15/2007 No comments:

The only thing you can count on in life 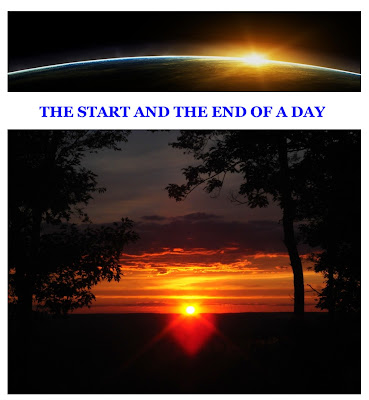 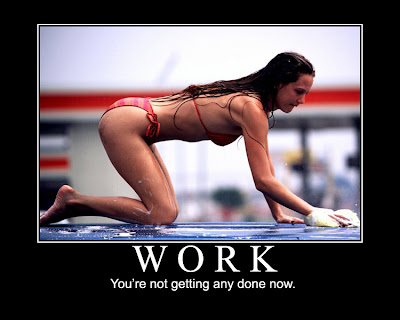 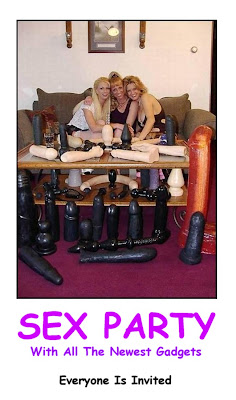 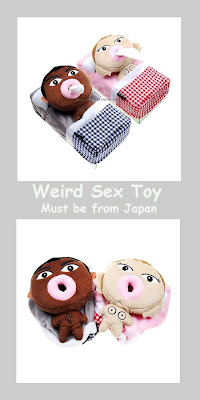 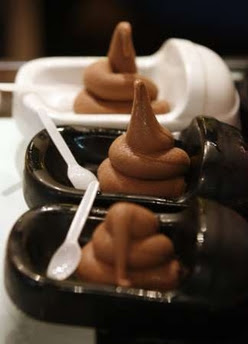 Ice-cream that is shaped to look like feces is being served at the Modern Toilet diner in the Shilin district in Taipei.

All 100 seats in the crowded diner are made from toilet bowls, not chairs appear throughout the three-story facility.
.
Mmmmmm, Ice Cream Poop.
Posted by The Man at 11/15/2007 No comments: 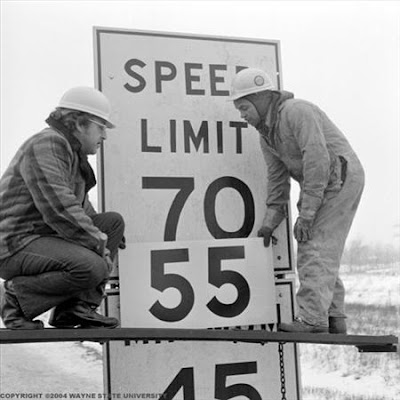 The ex-First Lady and likely future presidential candidate threw out an odd legal suggestion to the National Press Club this week: a nationwide return to the double-nickel. According to Clinton, “The 55-mile speed limit really does lower gas usage. And wherever it can be required, and the people will accept it, we ought to do it…”

The announcement comes as a surprise, despite rising gas prices and increased pressure from environmentalists, as it is unlikely to prove popular with voters. Naturally, that’s not the only automotive issue on her mind… among other four-wheeled initiatives; Clinton reported that she is pushing for 50 percent of America’s gas stations to offer ethanol by 2015, with 100 percent by 2025.

Sammy Hagar was unavailable for comment.
Posted by The Man at 11/15/2007 No comments: 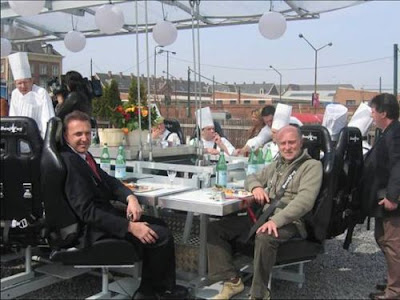 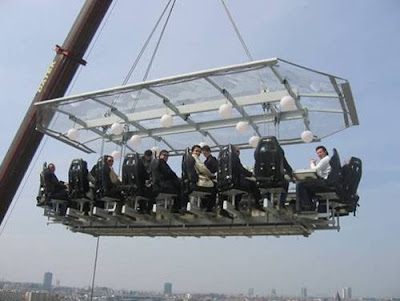 There Is A Snake Up My Skirt

Text Message Error Sends Cops to Door
Leif Harry Ersland wanted to return a nail gun he borrowed, so he sent a text message to the owner saying "the gun is on the cabin steps."
It didn't take long for the police to turn up at his door, demanding to know whether Ersland was interested in weapons or had any enemies, the Haugesunds Avis newspaper reported Wednesday.
Click Here To Read More

Kansas City Man Charged With Toad-Licking
A Kansas City man has been charged with possession of a Colorado River toad with intent to use its venom to get high.
KMBC-TV reports that David Theiss was released on bail after his arrest. The 21-year-old is believed to be the first in the Kansas City area to be charged with toad-licking.
Click Here To Read More

Minnesota Bank Held Up Twice in One Day
The TCF Bank in a Cub Foods was held up twice in one day - by different robbers. Kyle Loven, a supervisory special agent at the FBI's Minneapolis office, said the first robbery happened around 9 a.m. Tuesday, when a man presented a demand note to a bank teller and implied he had a gun.
The man got an undisclosed amount of cash, then left the grocery store and ran away to a wooded area. Police West St. Paul police officers, FBI and a canine team searched the area but could not find the suspect, West St. Paul police Chief Bud Shaver said.
Click Here To Read More
Posted by The Man at 11/15/2007 No comments: