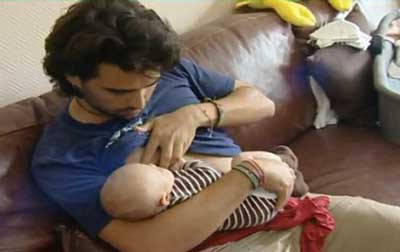 Swedish father Ragnar Bengtsson, 26, has entered into an experiment that he hopes will help him breastfeed his future children.
The Stockholm family man has begun stimulating his breasts with a pump in a bid to produce milk.
"Anything that doesn't do any harm is worth trying out. And if it works it could prove very important for men's ability to get much closer to their children at an early stage," Bengtsson said.
Bengtsson is preparing to pump his breasts at three-hour intervals every day until the beginning of December. As a full time economics student at Stockholm University, he is not always going to be in a position to pump in private.
"I'm going to have to pull out the pump during lectures. But really it doesn't bother me if it makes people uncomfortable. If they have issues with it that's their problem," he said.
Male lactation is a relatively common side effect of hormone treatments, but Bengtsson has no plans to chemically induce the process. "If it works and the milk turns out to have a high nutritional value it could be a real breakthrough," he said.
.
Posted by The Man at 9/05/2009 No comments: 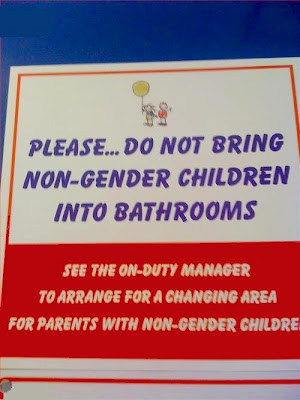 ToneMatrix
Click on the squares in any order,
it will repeat it over and over until you click off a square.
.
Raindrops
Click on the raindrops in any sequence to establish a tune.
There's a metronome button (green button) to help.
The tune you create will play on a loop.
..
Posted by The Man at 9/05/2009 No comments:

Neighbor builds 6ft wall half an inch from family's windows to stop them 'trespassing' on his land by opening them. 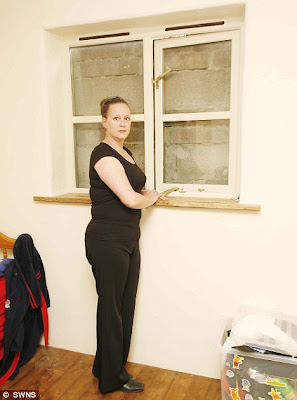 The view from their converted barn should have been of glorious rolling countryside.
But when Lee Goddard and his family looked out of their windows one morning they found themselves face to face with a six-foot wall.
It had been hastily built by neighbor Elhamy Shaqer, who claimed his land extended right up to the barn wall and thus, by opening their windows, they were trespassing.
.

He built the wall half an inch away from the back of the one-storey barn, blocking all the light and making it impossible to open the windows more than a chink.
Matters came to a head last Thursday when Mr. Goddard, a builder who had turned the barn into a three-bedroom home, moved in with Diane Wilson and their two sons, Harvey, five, and Charlie, two.
Mr. Goddard, 35, decided to take the wall down as no light was getting in to the three bedrooms.
But he was shocked when Mr. Shaqer's wife Andrea called the police and he was threatened with arrest for breaching the peace if he carried on.
They intend to seek a court order preventing the wall being damaged any further and demand costs for the rebuilding part of it.
.
Posted by The Man at 9/05/2009 No comments: