Repelling off a cliff not a good idea

After slamming into the side of the mountain head first. 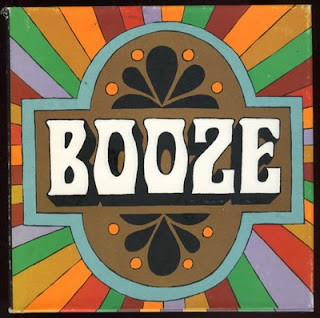 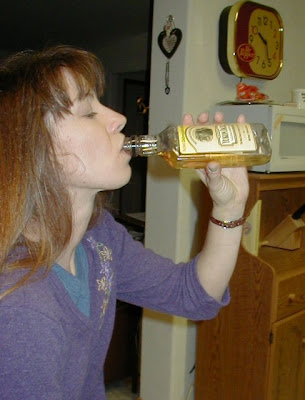 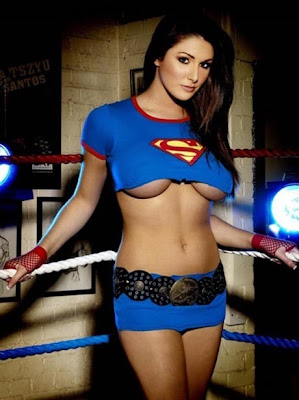 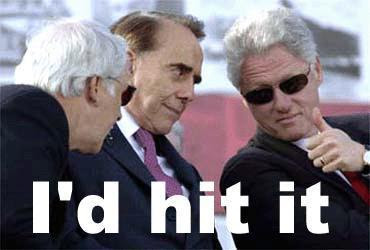 Welcome to my party -- now pay up!

Think twice before accepting an invitation to a party. That's the lesson Tonya Bowman, 39, learned recently after a birthday bash for a newfound acquaintance at a pricey sushi restaurant.
While Bowman ordered economically -- rice, miso soup and tea -- everyone else acted as if money were no object.
"When the bill came," Bowman says, the birthday girl "smiled and made a big production by way of a toast, saying, 'Thank you all so much for my lovely birthday dinner. I really do appreciate it. You guys are great. Here's to you!' Then she just sat there, waiting for us to decide how to split the bill."
The bill for the birthday girl and her seven "guests" came to a whopping $3,450, which someone suggested splitting evenly. That worked out to $500 per person, plus tip.
"I almost started crying," says Bowman, a municipal employee in Oakland, California. "My heart was racing; my face felt hot. I was embarrassed, humiliated and angry for having been put in that position in the first place. I wasn't told that I would be helping to pay for her dinner."
When the bill was being passed around, Bowman panicked. "I simply put down $50 near my plate and excused myself to go to the restroom," she says. "I walked right by the restroom and out the front door."
The acquaintance sent Bowman an angry e-mail.
"She wanted me to know that I totally ruined her birthday dinner because she ended up having to cover the $450 that I was supposed to pay. She said she had planned to use that money on a spa day for her birthday and now she couldn't because of me. She asked if I could please pay her back, and if I didn't have the money right now, that was OK, because she would be willing to make payment arrangements with me.
.
Anonymous said...
What a thick face!
I'd slap that birthday girl's face with a tuna if I were in that situation.
.
mightyattom said...
What a biyatch!
Who the hell pays $3,450 for raw fish...I think I'd hit her with a tuna too, a big one!!!
.
Mad Izatie said...
The birthday girl is a bitch.
Who needs friends like that anyway? Some people are just JERKS!
.
It's all about Me, Me, Me.
It's my birthday and you must pay.
Posted by The Man at 9/11/2008 No comments: 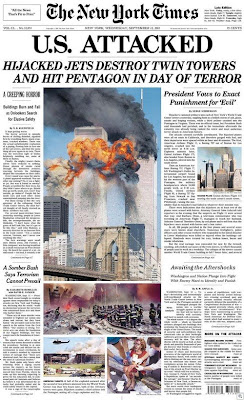 How Much Would You Pay for This Girl’s Virginity? 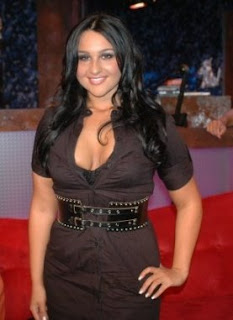 From Howard Stern.com: Dennis Hof stopped by with a girl named Natalee and her sister, Avia, to auction off Natalee’s virginity… She explained that she got the idea after reading a news story about a Peruvian girl who auctioned her virginity for $1.5 million. Natalee will be useing the money to pay for her (and her sister’s) master degrees. But she won’t let just any guy win the auction: "He has to be a good guy." Howard asked if Natalee was scared that the auction winner might have a large penis, and she confessed that she was both scared and excited by the idea.

Woman fined £700 for trash violation
A woman has been ordered to pay more than $1,228.00 U.S. dollars for leaving her bins out before collection day.Victoria Clarke, of Lingard Street, Stockport, left eight rubbish bags on the pavement. Stockport Magistrates' Court found her guilty of 'advancement of waste' and fined her £350, plus £350.12 costs and a £15 victim surcharge.Miss Clarke had been served with a notice about her refuse habits before.
Picture - Video - More
.
Man Robs Woman of Her Ponytail
A bizarre crime happed in Ramsey Minn, a hotel clerk told police a man cut her hair and took off with it over the weekend.
Police say that on Sunday afternoon, a man walked up to a 21-year-old employee of the Comfort Suites and asked her if her nearly waist-length hair was real.
She let him touch it, then she says he cut her hair and ran out the front door.
Police say they are questioning a person of interest in the case. That person is a man who was convicted in 1998 of attacking a woman at a bus stop and trying to cut her hair. Surveillance video reveals that what actually happened in the hotel.
Video and More
.
Mom charged with racing in school zone
A Toronto woman has been charged with street racing after police clocked her car allegedly moving at at 63 mph through a school zone, authorities said.
The unidentified woman said she was driving home to pick up her son and take him to a day-care center in the same school zone through which she sped, Toronto police Sgt. Tim Burrows told The Toronto Star.
Police radar showed her Volvo zooming through the 30 mph zone at 63 mph just after 8:30 a.m., Burrows said. "She was traveling at a horrendous speed," pulling away from other cars "at warp speed."
Her drivers license was suspended and her car was impounded for seven days, the newspaper said. If convicted, she faces a maximum fine of $9,400.
The incident occurred during an annual safety campaign in which Toronto police seek to raise drivers' awareness of children returning to school.
.
Man Refuses To Move Toilets
Hank Robar sees the toilets and urinals as a form of art.
But Code Enforcement Officer John Hill says the toilets pose a safety risk and violate the village’s bulky waste law.
"I’m going to write the ticket and let the judge take care of it." said Hill.
Hill says while he thinks the toilet issue is "being blown way out proportion", he says Robar is "being treated no different than anyone else in the village."
When you drive along Potsdam’s Market Street, there’s a row of nine porcelain toilets on Fred "Hank" Robar’s lawn.
There are also five urinals attached to a multi-colored garage.
He claims the village is singling him out.
"As far as Mr. Robar being singled out, absolutely not. I think we’ll be going after everyone to meet the law," said Potsdam Mayor Ron Tischler.
Two years ago, Robar wanted the property rezoned from residential to commercial so it could be used for a convenience store or fast food outlet.
But village officials refused and his plans went down the toilet.
Pictures - News Video - More
.
Puppy Eats Six Pounds Of Rocks, Lives
A dog in Bangor, Maine, ate six pounds of rocks and lived to bark about it.
The owners of the dog "Chester" said the rocks were around their new grill. The food drippings attracted him, but they didn't realize it until it was too late.
Chester's owners rushed him to the veterinarian.
"I didn't think he'd survive, they said his chances of survival were very slim," Chester's owner said.
The vet said she has seen dogs eat a rock or two, but never six pounds.
Chester passed all the rocks naturally and is now at home safe.
"I hope he sticks to dog food," the owner's son said.
.
Bear jumps into man’s fishing boat, mauls him
Friends come to his aid at Canadian marina and kill the animal
A Canadian man is recovering in the hospital after a black bear swam across a river, climbed onto a dock and then jumped on a boat and attacked him.
Conservation officer Gord Hitchcock said Wednesday the 52-year-old man was fishing at a marina in a tiny coastal community off Canada's Pacific coast when the bear mauled him.
Hitchcock says people tried to help the man using hooked poles, knives and a hammer to pull the bear off of him.
.
Posted by The Man at 9/11/2008 No comments: