What do you expect it's in Bulgaria

It looked like a scene from a comedy show -
a bull attempts to mount a woman. 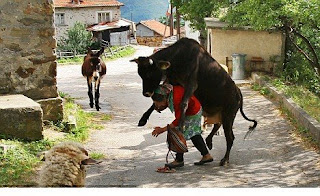 Unfortunately the cow, named Dana, will not get off so lightly after her antics - and will now become Christmas dinner for the woman's family.
Rositza, from the village of Krustatitsa in Bulgaria, said: "My cow has never done such a thing before and has left me battered and bruised. 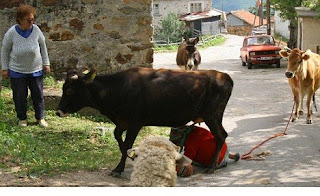 "Worst of all - even the donkey was laughing at me." 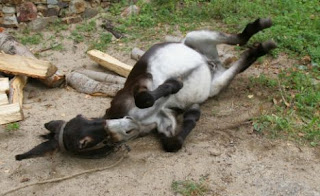 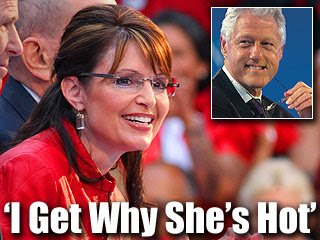 Girl gets owned with funnel prank

With a pair of ordinary household scissors.

Kid shows incredible skill going down a hill but, then wipes out - missing a car by inches.

The show must go on

A fire broke out during a live radio broadcast in Greece.
.
I get paid for reading the news, not putting out fires or wait this is news
Posted by The Man at 9/23/2008 No comments: