When you break the "URINAL" Rule #1

NEVER LOOK AT THE PERSON NEXT TO YOU 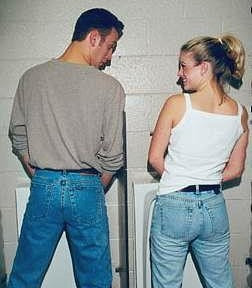 There better be a damn good reason.

Shrimp Running On A Treadmill With The Benny Hill Theme
Posted by The Man at 4/14/2008 No comments:

When Cats are Funny 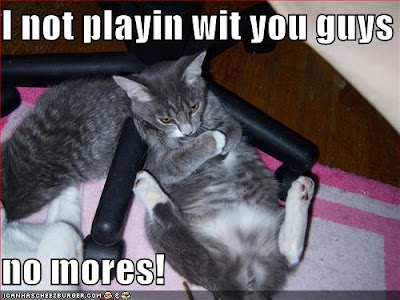 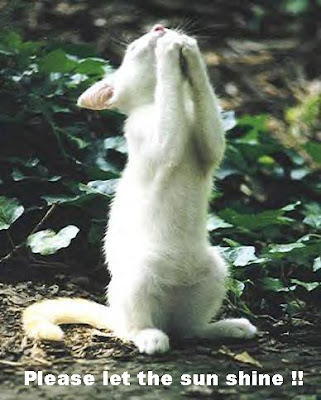 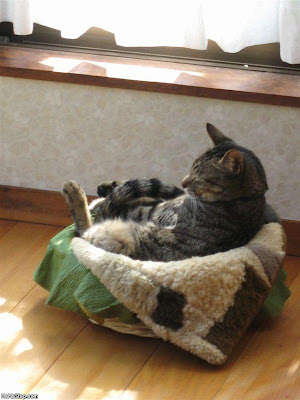 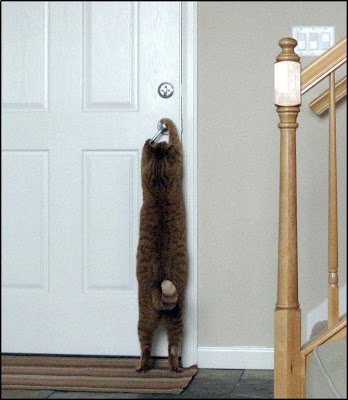 Man has been Arrested 53 Times 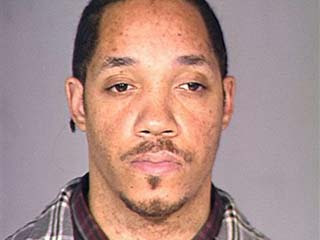 NEW YORK — About two weeks after he was released from prison, Freddie Johnson boarded a crowded subway train during morning rush hour in Manhattan, squeezed in behind a woman and ground his pelvis into her backside, authorities said.
It is a fairly common crime on subways in New York. But this was no common criminal.
Johnson has been arrested a staggering 53 times — the majority for groping women on the subway.
Johnson, a registered sex offender, has been convicted at least twice of persistent sexual abuse within the last decade, prosecutors said. And he has a lengthy rap sheet, with 30 arrests for sex abuse, 13 for jostling and two for grand larceny, police said.
He was released from prison on March 25 after serving four years for persistent sexual abuse, according to correctional records. The state attorney general's office had argued that the 49-year-old should be confined under the state's civil commitment law for sex offenders, which went into effect last year, because he was at risk for repeat offenses.

Is this your "Son, Brother or Friend?" 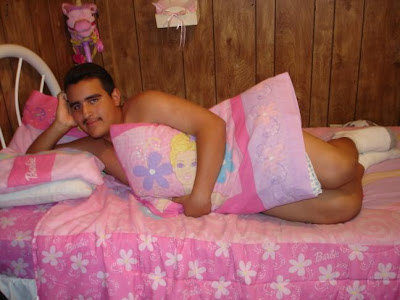 She still a Blonde 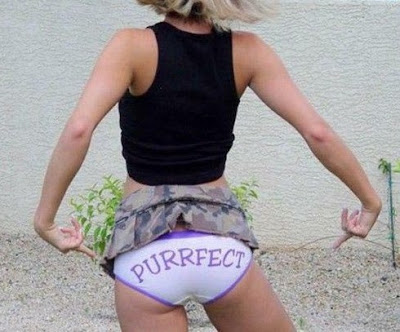 Trading Nude Photos via Mobile Phone Now Part of Teen Dating
COLUMBUS, Ohio — Forget about passing notes in study hall; some teens are now using their cell phones to flirt and send nude pictures of themselves.
The instant text, picture and video messages have become part of some teens' courtship behavior, police and school officials said. The messages often spread quickly and sometimes find their way to public Web sites.
"I've seen everything from your basic striptease to sexual acts being performed," said Reynoldsburg police Detective Brian Marvin, a member of the FBI Cyber Crime Task Force of Central Ohio. "You name it, they will do it at their home under this perceived anonymity."
Westerville Central High School senior Jerome Ray said he's received such unsolicited messages, including one from a classmate while he was sitting with his girlfriend.
"A lot more girls are aggressive," said Ray, 18. "Some girls are crazy and they are putting themselves out there."
Candice Kelsey, a teacher from California, said some teenage girls think they have to be provocative to get boys' attention. As a result, they will send photos they hope their parents never see.
.
Couples could win the right to have deaf babies
Deaf couples could be allowed to use embryo-screening technology and choose to have a deaf child, after a climb-down by the Government in the face of campaigning. Under the proposed Human Fertilisation and Embryology Bill, using embryo-screening deliberately to create a child with a serious medical condition - which officials had said includes being deaf - would be illegal. Now, however, the Department of Health has agreed to cut from the Bill any reference to deafness as a serious medical condition. The move could pave the way for the Bill to be amended, when it passes through the Commons later this year, permitting a challenge over whether deafness should be classed as a serious medical condition for the purposes of the bill and allowing parents to pick an embryo, using IVF treatment, that will develop into a deaf child.
.
Cigarette store clerk pelts would-be robber with chewing tobacco
DES MOINES, Iowa - A cashier at a Des Moines cigarette store has snuffed out a robbery. Police say the clerk at the Cigarette Outlet pelted the would-be robber with chewing tobacco last Friday night. Authorities say the suspect flashed a knife and forced one employee to the floor. The robber demanded money from a second employee, Ruth Wright, who refused. Wright then threw two cans of chewing tobacco at the robber, and one hit him in the face. A customer tackled the man, but the robber broke free and bolted out the door.
.
Woman charged after making rude gesture to deputy
SPENCER (AP) -- A woman accused of making a rude gesture to a Clay County sheriff's deputy during an apparent case of road rage has been charged with disorderly conduct. Lisa Blazek, of Spencer, was arrested Friday afternoon. Police say she made the gesture after trying several times to merge her sports utility vehicle into heavy traffic.
Posted by The Man at 4/14/2008 No comments: