Steve Irwin Going To Be

Yeah, this seems like a good ideal at the time. 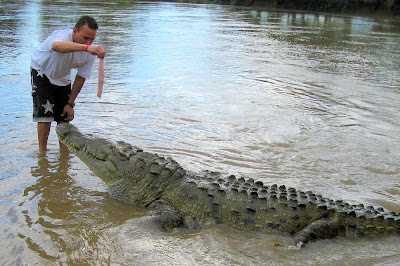 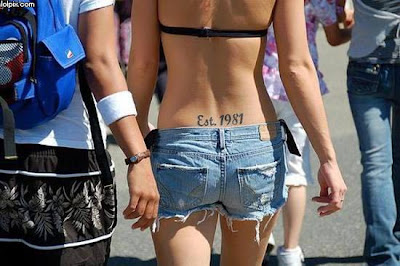 No one believes that you are legal?
Get a legal tattoo on your body!

The GOOD, BAD and the UGLY

Well, I got to imagine this killed the mood.

A minister, a priest and a rabbi went for a hike one day. It was very hot. They were sweating and exhausted when they came upon a small lake. Since it was fairly secluded, they took off all their clothes and jumped in the water.

Feeling refreshed, the trio decided to pick a few berries while enjoying their "freedom." As they were crossing an open area, who should come along but a group of ladies from town.

Unable to get to their clothes in time, the minister and the priest covered their privates and the rabbi covered his face while they ran for cover.

After the ladies had left and the men got their clothes back on, the minister and the priest asked the rabbi why he covered his face rather than his privates. The rabbi replied, "I don't know about you, but in MY congregation, it's my face they would recognize."
Posted by The Man at 10/12/2007 No comments:

Dentist claims that chest massages are sometimes appropriate
A prominent dentist suspected of groping more than two dozen female patients tried to keep his license Thursday by arguing chest massages were an appropriate procedure in certain cases. Dr. Mark Anderson appeared at Thursday's hearing before a state administrative judge to defend himself against the state dental board's attempt to suspend his license pending resolution of the charges against him. He said Anderson had manipulated even his dental assistants so that they were either blind to his behavior or believed it to be acceptable. » Article here

Child shows up at school in handcuffs
Police usually have to put handcuffs on, but in Tamworth, New Hampshire on Wednesday, they had to cut a pair off of a nine-year-old. Police Chief Dan Poirer says he was called after the boy got off the morning bus at the Brett School wearing a pair of handcuffs. Poirer says his key wouldn't fit, so he resorted to bolt cutters. He said the boy apparently was playing with the cuffs at home when they locked up. He said the boy's mother reportedly put him on the bus with the cuffs still on reasoning that someone at the school would be able to help.

Motorcyclist rear-ends car then gets run over by it
A motorcycle rider is in bad shape, after police said he was thrown 300 feet and then run over during an accident on the Northeast Side.Investigators said a woman was driving on I-35 near the Randolph Boulevard exit, when a man driving a motorcycle slammed into the back of her car.The woman ran over the man after he was thrown from his cycle.Investigators believe the motorcyclist was going at least 120 miles an hour. He was taken to the hospital and in critical condition.With news video.

A bicycle-riding bank robbery suspect who was stopped Wednesday by Brinks guards as he was leaving with a bag of money penned a note of apology to the teller he robbed, authorities said.
Click Here To Read More
Posted by The Man at 10/12/2007 No comments: 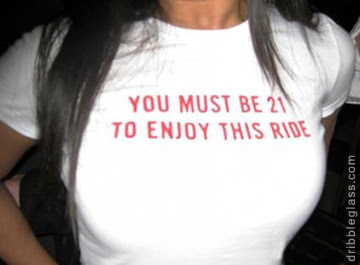 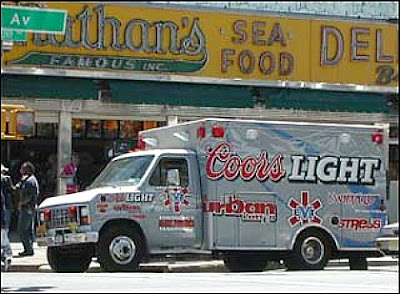