Woman Found Dead at McDonald's Food Processing Plant
A 40-year-old woman has been found dead in a machine at a Southern California food processing plant that is a major supplier for McDonald's restaurants.
Los Angeles County sheriff's detectives say the woman's body was found early Tuesday at Golden State Foods in the City of Industry, an east Los Angeles suburb. Investigators believe her death was accidental.
No other details were given about her death or about the woman except that she was an employee.
The Irvine-based company supplies McDonald's the special sauce for the restaurant's Big Mac
.
Chinese Worker Kills Self Over Missing iPhone
An employee at a factory that makes iPhones in China killed himself after a prototype went missing, and Apple Inc. responded Wednesday by saying its suppliers are required to treat workers with dignity and respect.
The dead worker, Sun Danyong, 25, worked in product communications at Foxconn Technology Group, a Taiwanese firm that makes many Apple products at a massive factory in the southern city of Shenzhen, near Hong Kong.
Although Apple and Foxconn have confirmed Sun's suicide, they have not provided details about the circumstances.
.
3 Accused of Letting Rats Chew Toes Off Ohio Infant
Three people from Waverly, Ohio have been accused of letting rats bite a 6-week-old girl and chew off her toes at their cluttered Ohio mobile home.
Pike County prosecutor Rob Junk says the baby's toes on one foot were gone when sheriff's deputies went to the home Sunday after receiving an anonymous tip.
The baby is in fair condition at a Columbus hospital.
A married couple and the 18-year-old boyfriend of the baby's mother are charged with felony child endangering. They were in court for an initial hearing Tuesday. They're jailed pending a plea hearing in two weeks.
The prosecutor says they all lived in the mobile home west of Piketon, a village noted for its old uranium enrichment plant.
He says the baby's mother is a juvenile. He won't identify her or say if she'll be charged.
.
Newborn Snatched From Crib By Family Dog Still Critical
A newborn injured after the family dog carried the baby from his crib to the backyard remained in critical condition Wednesday at University of Kentucky Hospital.
University spokeswoman Amy Ratliff said there was no change to the condition of Alexander James Smith, who was admitted Monday - three days after he was born.
Doctors initially braced the family for the possibility Smith might not make it, but his condition stabilized Monday night and he is now expected to survive.
He sustained collapsed lungs, broken ribs and a skull fracture after the incident with the family pet, Dakota. A.J.'s father Michael Smith said Tuesday it was not a vicious attack but that he doesn't want the dog back in the home.
.
Posted by The Man at 7/22/2009 No comments:

Swimming pools made out of trash dumpster 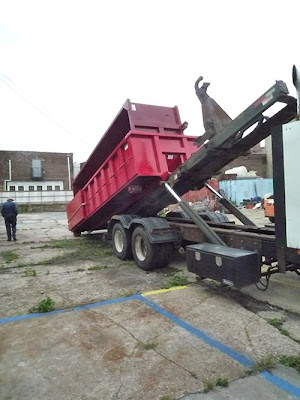 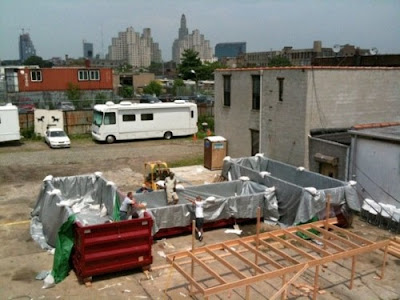 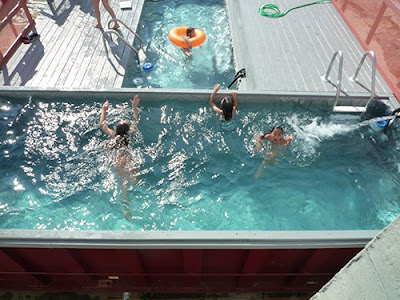 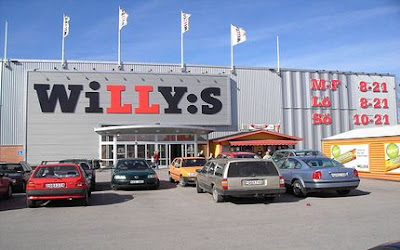