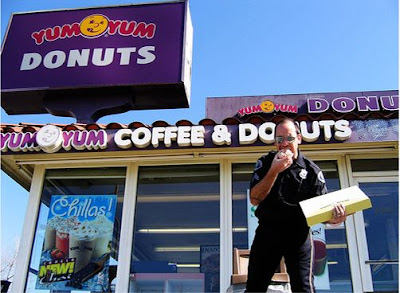 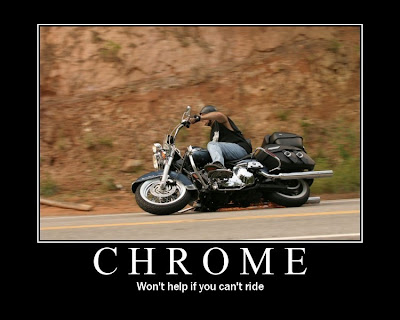 Any Body You Know?

A.K.A. The Chicken Streaker 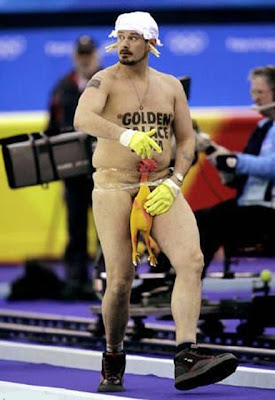 Would you do something this crazy or know someone that would? 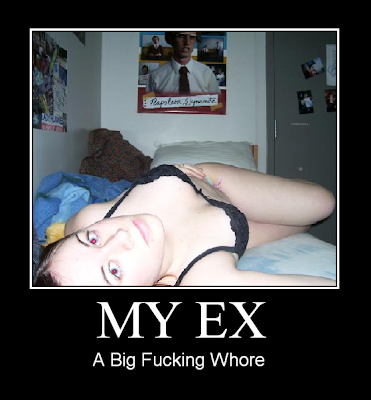 Nope, things hasn't changed since it was last posted 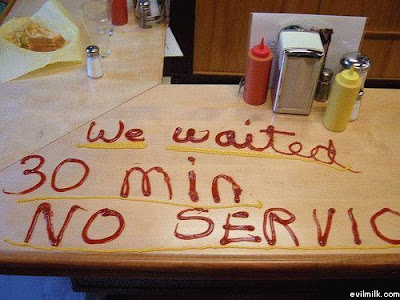 Stop, Police!
.
German police had to rescue a driver after he moved out of the way to
allow a police car with flashing lights to pass and,
got stuck in setting concrete. 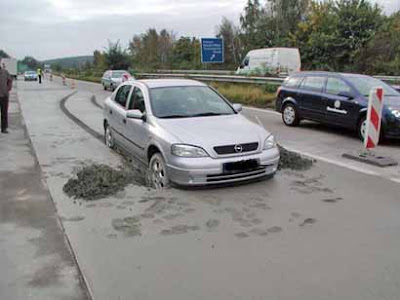 Costing more than a luxury Mercedes Benz for just one bottle, Scotch is a true collectors item. To track down that purest-form product of single malt Scotch Whisky in its most expensive bottles, we researched the findings of numerous Scotch experts, including distillery owners, auction-house specialists and spirits sommeliers.
Following are the world's most expensive Scotches. 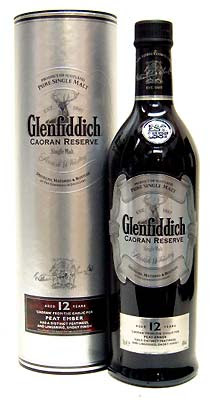 1937 Glenfiddich $20,000
In April 2006, a bottle of Glenfiddich Rare Collection 1937 sold at auction in New York for $20,000. The prized liquid hails from a single oak cask that slumbered in a dunnage warehouse at the Glenfiddich Distillery in Dufftown, Scotland for 64 years before it was bottled in 2001. 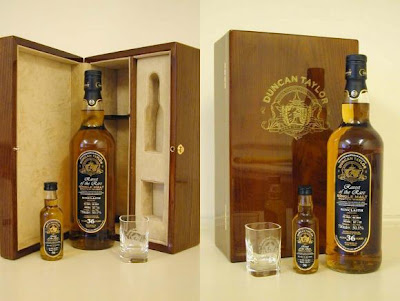 Kinclaith 36-year-old
$415 per 2-ounce pour
This rare single malt was produced at a distillery that was shut down in 1975. At StripSteak in Las Vegas, a dram of Kinclaith goes for $415. StripSteak’s Patric Yumul says the Kinclaith is “oily and perfumey, with a dry, long, hot finish.” 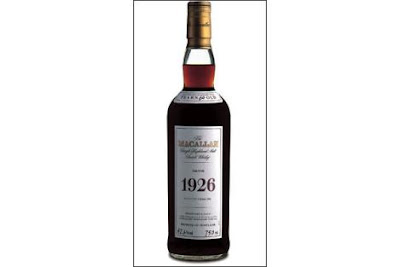 The Macallan 1926 $75,000
In 2005 a South Korean businessman paid 70 million Korean won (about $75,000) for a 1926 bottle from The Macallan’s "Fine and Rare" range. “The actual purchase took place at the liquor retail store, Interbang, in the upmarket Gangnam area of Seoul," according to a statement from Macallan. "However, the precious bottle was safely stored elsewhere in a safe and only released when full payment was received.”
Posted by The Man at 10/23/2007 No comments: 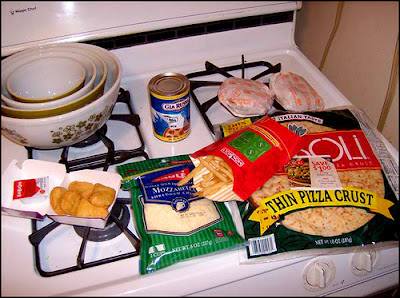 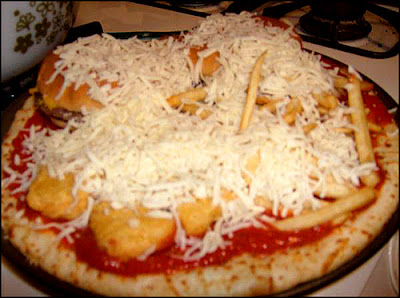 Chick With A Truly Amazing Talent

This girl goes right to the top of the list of 'Worlds Best Girlfriend'.

Labels: Not Using Their Brain, Video News, What a "Dumb Ass"

That's What Teamwork Is All About 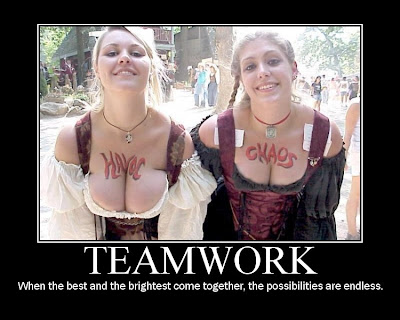 Hey Wait Up, I Have to PEE! 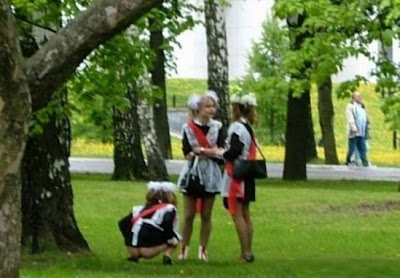 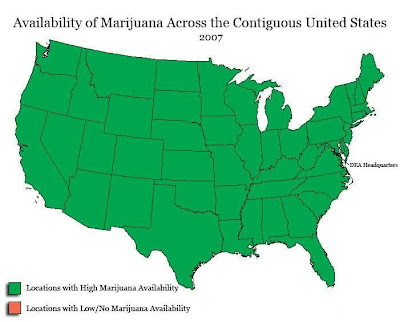 Providing some evidence of the statement 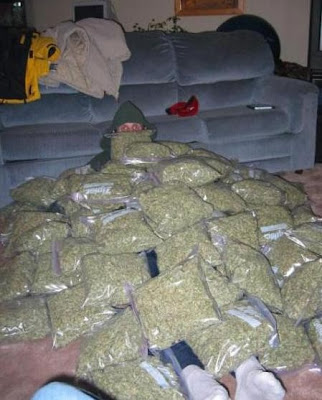 Sex offender removes testicle to fight urge to molest kids
An alleged sex offender who said he was feeling an urge to offend again took a fillet knife to his testicles in an attempt to castrate himself Sunday night. The 59-year-old man was bleeding profusely when police and paramedics arrived. However, he is expected to survive. The man successfully removed one testicle and flushed it down the toilet, and the other testicle was severely injured. He then called a friend for help. Sunday, and the man was rushed to the hospital. The man told authorities he was feeling the urge to touch and hurt children. He was not trying to take his life, the man reportedly said, but was trying to stem the urge. » Article here

Parrot imitates fire alarm, saves family.
A noisy parrot that likes to imitate sounds helped save a man and his son from a house fire by mocking a smoke alarm, the bird's owner says. Shannon Conwell, 33, said he and his 9-year-old son fell asleep on the couch while watching a movie. They awoke about 3 a.m. Friday to find their home on fire after hearing the family's Amazon parrot, Peanut, imitating a fire alarm."He was really screaming his head off," Conwell said. The smoke alarm had activated, but it was the bird's call that caught Conwell's attention. "I grabbed my son and my bird, and got out of the house," he said.The fire destroyed the home's dining room, kitchen and bedroom, Muncie fire officials said. It remains under investigation. Aside from Peanut, Conwell said the fact that he and his son fell asleep on the couch helped save them. They may not have heard the alarm or the bird if they were asleep in their bedrooms. » Article here

Man sits on burglar until police arrive
A man who stumbled upon a burglar near his house did the only thing he could do until police arrived - he sat on the thief. Jeffrey Stephens and his wife Patricia recently awoke after their dog started barking. Patricia said when she went to investigate, she found a 20-year-old man going through the back seat of a neighbour's van. Jeffrey Stephens confronted the younger man, who claimed the van was his friend's, and the two scuffled. The younger man eventually lost his jacket, shirt, shoe and sock in the tumble. And then, Jeffrey Stephens, who weighs 200 pounds, sat on the would-be burglar. Patricia Stephens called authorities and said she looked out her window and described exactly what she saw, that her husband was sitting on someone. The 20-year-old was arrested and is expected to be in court this week.

Man with 3 gunshot wounds still makes flight
William Notaro attempted to fly from Tampa to Albany, New York, with three gunshot wounds - and only asked for a Band-Aid. Investigators are still trying to figure out how Notaro got shot. Notaro said a woman shot him three times during an argument in a card game, but authorities said there are some discrepancies in his story. Notaro boarded his flight from Tampa to Charlotte, North Carolina, on Saturday night with three gunshot wounds in his torso and arm. A spokeswoman for Tampa International Airport said Notaro never asked for medical treatment. The Pinellas County Sheriff's Office said the man asked for a Band-Aid mid-flight. By the time Notaro changed planes in North Carolina, the bleeding was noticeable. Notaro was treated at a Charlotte hospital, then resumed his flight. Officials said the gunshot wounds weren't lifethreatening. With news video.
Posted by The Man at 10/23/2007 No comments: