How Dumb Can A Person Be? 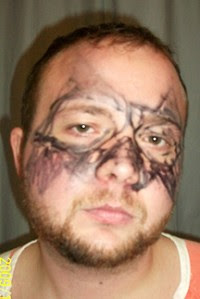 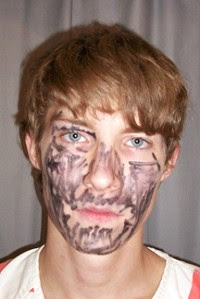 Black-faced suspects quickly apprehended
Suspects in an attempted burglary at a Carroll apartment Friday night weren't too difficult to identify.
A resident of 1844 Randall Road called 911 to report two men with their faces painted black were trying to break into an apartment.
Moments later, Carroll police officers pulled over a car matching the suspects' vehicle a couple blocks away and found the two occupants with faces blackened by a permanent marker.
Matthew Allan McNelly, 23, and Joey Lee Miller, 20, were arrested without incident.
.
Posted by The Man at 10/29/2009 14 comments: 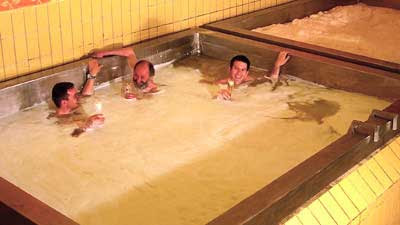 Beer lovers are being given the chance to take the plunge in a health spa pool - filled with 42,000 pints of lager.
Spa bosses in Starkenberg, Austria, claim that beer can treat skin conditions, blood circulation and can even help cure wounds.
The spa - part of a local brewery - contains seven 13ft long pools filled with beer which you can even ask to be served chilled or heated.
Bathers can try drinking the bathwater but head barman Markus Amann, 23, said: "I'd rather swim than swallow, as we have enough cold beer on tap at the bars next to the pools.
"These pools really can help some health problems - but if they don't work for you, you'll probably have drunk enough not to care about it any more," he added.
Beer bath bosses at nearby Schrammel reckon warm beer is the best for health cures and bathers sit in cut down lager barrels.
Meanwhile, even monks are getting in on the craze for health on tap.
Brewers of the distinctive dark Klosterbrauerei in rural eastern Germany have produced a spa supplement for customers to put in the tub at home.
.
Posted by The Man at 10/29/2009 No comments: 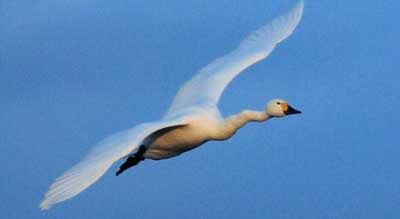 The $400,000,000.00 Question?
Officials in Hartford, Connecticut are trying to solve a $400 million mystery: Who owns the cash?
The state treasurer's office says the unclaimed funds include dormant balances in savings and checking accounts, unclaimed wages and uncashed checks for insurance benefits. The agency says the money belongs to 887,000 people.
The state published the names of nearly 34,000 people who have been recently added to Connecticut's unclaimed properties list, in an effort to find the rightful owners.
Officials say they returned more than $32 million last year to nearly 15,000 people who filed claims.
All unclaimed property and the owners are listed on the Web site
.
112-year-old man, marries 17-year-old girl
A Somalian man who claims to be 112 years old has married for the sixth time, to a 17-year-old girl.
A crowd of hundreds attended the wedding between Ahmed Muhamed Dore and Safia Abdulleh in Guriceel, in the Galguduud region of Somalia. Mr. Dore said: "Today God helped me realize my dream."
Mr. Dore and his teenage bride are from the same village, and he said that he had waited for her to grow up before proposing.
He said: "I didn't force her, but used my experience to convince her of my love, and then we agreed to marry."
The bride’s family said she was "happy with her new husband".
At 95 years older than her – if his claimed age is accurate – he is old enough to be her great-great-great-grandfather.
.
Dead man found at police station
The corpse of a man has been found on the roof of a police station in northern India where it was placed over two years ago during an inquiry, a report said today.
The body of Chukkan Nishad, a 22-year-old who went missing in July 2007, was meant to be sent for DNA testing but was instead put in a body bag and placed on the roof.
Nishad's father and local officials, said the family kept requesting the body at the police station but were repeatedly told there was an investigation underway.
"I admit it is a horrible case, possibly the first of its kind,'' said Ram Sabad Ram, the new station master in Azamgarh in northern Uttar Pradesh state.
"I joined here only recently and didn't know that the corpse was kept on the roof.''
The body was placed there after local authorities refused to release the funds for the DNA test on Nishad, whose death remains a mystery.
Mr Ram said police were now completing the formalities to return Mishad's remains -- no more than bones after two years exposed to the elements - to his family.
.
Drug-Sniffing Dog ODs On Methamphetamine
A drug-sniffing dog was recovering in a veterinary hospital -- with his human partner at his side -- after accidentally ingesting methamphetamine.
Thousand Oaks Senior Deputy Dean Worthy said that Balu, a 4-year-old German shepherd, had been commanded to search for a bag of drugs near where a suspect had dropped something else.
"He did his job," Worthy says. Balu alerted to a bag of meth.
However, Balu must also have inhaled or licked up some remnants from the bag. Hours later, he had a bad reaction.
Worthy said the dog had a seizure in the back of his patrol car that last more than two minutes.
He took his K-9 partner to a veterinary hospital where he appears to be on the road to recovery.
.
Dead Man Leaves $1.7 Million Estate To Cats
Cats Charities Nip All Of Man's Estate
A Raleigh man has left his nearly $1.7 million estate to four North Carolina cat charities.
Emil Campbell died suddenly last month and left instructions for his lawyer to bequeath his entire estate to cats.
Attorney Bobby Khot said Campbell left the money to four charities: Snowflake Animal Rescue, Marley's Cat Tales, SAFE Haven for Cats and Second Chance Pet Adoptions.
A spokeswoman for Snowflake Animal Rescue said her organization typically gets less than $6,000 a year in donations. She said she had to read the letter about Campbell's donation twice before she believed it.
Khot said his client didn't work at a high paying job but was very frugal and saved money. He said Campbell had one surviving daughter.
.
Man drinks water and dies
A boozer banned from supping Stella at his local downed six pints of water in protest – and died.
Heavy drinker Tony Holtam, 47, collapsed on the floor in a corner of the pub “looking like he was having a fit”.
Guzzling so much water so quickly had left him with dangerously low levels of sodium in his bloodstream, an inquest heard.
Locals regularly saw the forestry worker knock back his favorite strong lager at a rate of five pints an hour.
But he had a reputation for “acting up” afterwards and finally pub landlady Sian Davies refused to serve him with the 5% ABV brew.
So I would only allow him to drink weaker lagers. On the day he died Tony came in and only drank water.
“He was in his corner watching the Grand Prix and it looked like he was having a fit. He just went rigid and was clutching his chest.”
.
Posted by The Man at 10/29/2009 No comments: