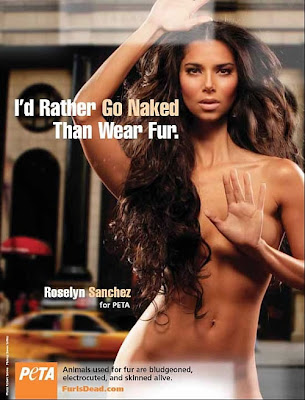 Here are all the girls who bared it all for PETA... 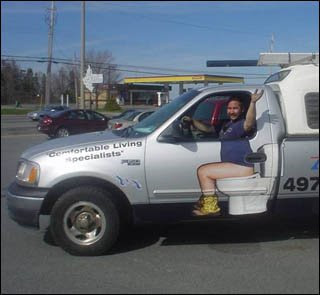 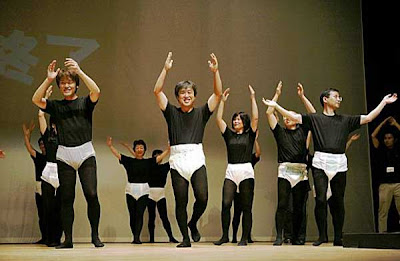 Japan holds diaper fashion show for adults
One after the other, the models strutted across the stage to bouncy '80s dance tunes, all showing off designs of the same article of clothing — adult diapers. 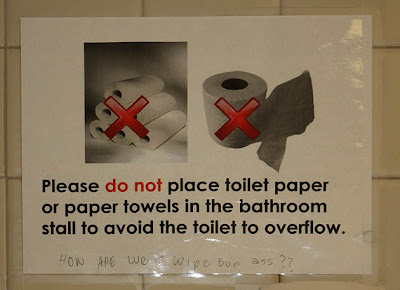 Why Quarterbacks Should Not Do TD’s

TD by Quarterback ends with spiking the ball and it hits himself in the nuts
Posted by The Man at 9/26/2008 No comments:

Revenge can be painful - NSFW

German dentist extracts payment from patient
A German dentist overpowered a female patient in her home and yanked out two dental bridges from her mouth because she had failed to pay her bill.
The dentist from the Bavarian town of Neu-Ulm is now under investigation for assault and theft after arriving at the woman's home with his medical instruments to perform the unwanted surgery.
According to police, the dentist knocked on the door of the 35-year-old woman on Monday evening and without saying a word forced her into her living room and tied her hands.
In a scene reminiscent of the movie Marathon Man, he then forced open her mouth and removed the £320 worth of dental work which the woman's insurance company had refused to pay.
.
PETA Urges Ben & Jerry's To Use Human Milk
Group Says Move Would Help Humans, Cows
People for the Ethical Treatment of Animals sent a letter to Ben Cohen and Jerry Greenfield, cofounders of Ben & Jerry's Homemade Inc., urging them to replace cow's milk they use in their ice cream products with human breast milk, according to a statement recently released by a PETA spokeswoman.
"PETA's request comes in the wake of news reports that a Swiss restaurant owner will begin purchasing breast milk from nursing mothers and substituting breast milk for 75 percent of the cow's milk in the food he serves," the statement says.
News Video

Poll that was taken from above link
Do you think Ben and Jerry's should use human milk in its ice cream?
Votes Percentage of 43354 Votes
Yes 7376 – 17%
No 35978 – 83%
.
Women with death wish
Police had to deal with two women spotted walking between speeding cars
The women, twin sisters from Sweden, ran in front of oncoming traffic after wrestling with the police. Strangely no one was killed.
You really want to see this (Short Version)
.
The Longer Version
Swedish Twins Cause Mayhem
.
Car with more than $ 3 million in accumulated fines
Original Translated From Portuguese Here
.
Brazilian caught with £1m in driving fines to his name
Driver claims he didn't know about 1,000 tickets because car was not registered in his name
Police in Brazil have finally caught a driver who owes the equivalent of £1m in unpaid driving penalties after receiving almost 1,000 tickets for speeding and running red lights.
Officers pulled over Armando Clemente da Silva, 36, for a routine document check on Wednesday night, said the Brazilian news website Folha OnLine.
The tickets are worth a total of 3.4m reales and date back to 2001 when he bought his car. Police have impounded the car – worth about £3,500 - and will auction it if Silva fails to pay his fines.
Silva told police he did not receive notice of the penalties because he had always been too busy to bother registering the car in his name.
.
Posted by The Man at 9/26/2008 No comments: