There's something strange about this tree. 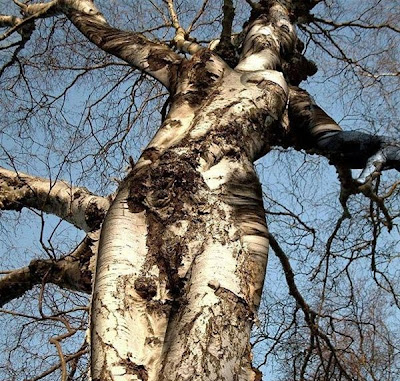 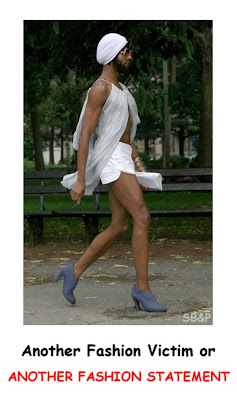 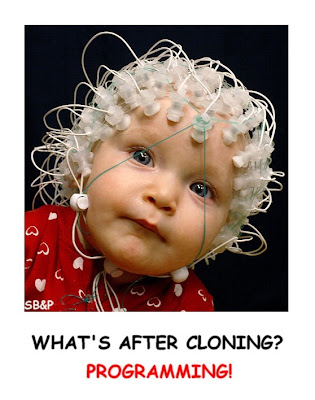 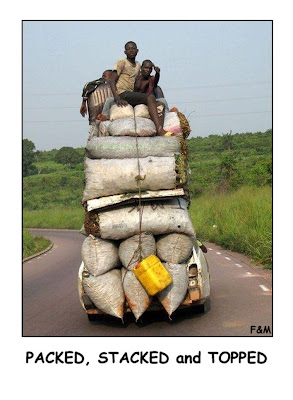 Nothing says I love you like yeast and vegetable extracts

Say I love you with Champagne Marmite
Marmite with a hint of champagne is hitting stores as a romantic gift. The savory spread contains 0.3% champagne along with its usual ingredients of yeast and vegetable extracts plus salt. Just 600,000 limited edition jars of the 'Lovers' Marmite' are going on sale ahead of Valentine's Day. 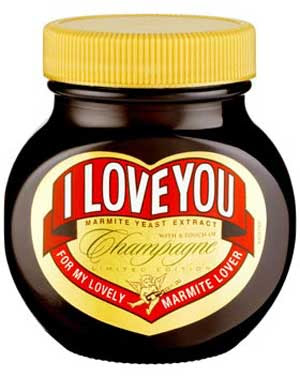 Their gold-colored label says "I love you" and "for my lovely Marmite lover." The Marmite with a touch of champagne will be priced at £2.99 for a 250g pot. It has initially gone on sale at Selfridges stores for £3.99 and will launch more widely from January 21. The retailer's director of food and restaurants Ewan Venters said: "We are delighted to be introducing a perfect partnership this Valentine's Day, uniting the sophistication of champagne with the quintessentially British classic taste of Marmite. Whether you love it or hate it, we are billing Lovers' Marmite to be one of this year's most popular gifts."
Posted by The Man at 1/11/2008 No comments:

A pet dog missed the family’s dead cat so much that he dug up his grave and brought the body back into the house. When Oscar’s owners woke up the next morning they discovered the dog curled up beside Arthur, the late cat, in his basket. His owners, Robert Bell, 73, and his wife, Mavis, of Wigan, Greater Manchester, believe that the dog had licked the cat clean before falling asleep. Mr Bell said that the two pets were constant companions. Arthur, who was a large cat, used to help Oscar to climb on to the sofa. 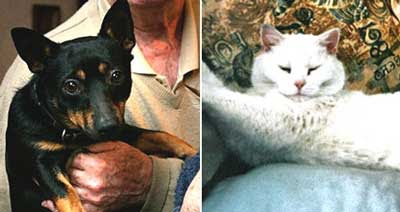 Oscar, an 18-month-old Lancashire Heeler, had watched Mr Bell dig a grave in the garden and then lower the cat into the hole. Mr Bell said: “He had managed to climb out through the cat flap in the night, obviously with the intent to get Arthur back. Bearing in mind that Arthur was a huge cat, Oscar must have used all the strength he could muster. “Then he pulled him into the basket and went to sleep next to him. Arthur’s coat was gleaming white. Oscar had obviously licked him clean. It must have taken him nearly all night.” Arthur is now reburied in a secure grave. And Oscar has a new playmate, a kitten called Limpet.

Man's plea for breast reduction
A man who has a condition which has caused him to develop abnormally large breasts says he is frustrated he has been turned down for NHS surgery. Lee Jardine, 23, from Mansfield in Nottinghamshire, suffers from a condition called Gynecomastia.
.
.
His doctor says he needs to lose weight but Mr Jardine said this made no difference to the size of his breasts. Nottinghamshire County Primary Care Trust (PCT) said they could not comment on individual cases.
Posted by The Man at 1/11/2008 1 comment:

Driver cited in Bedford train-car crash caused by GPS mishap
BEDFORD HILLS - A 32-year-old Californian whose rental car got smashed by a Metro-North train last night was issued a minor summons for causing the fiery crash that stranded railroad commuters for hours.
Bo Bai, a computer technician from Sunnyvale who said he was merely trusting his car's global positioning system when he steered onto the tracks, was cited for obstructing a railroad crossing, officials said this afternoon.
The railroad's Harlem Division trains were back on schedule this morning after crews spent hours repairing more than 200 feet of the electrified "third" rail damaged by the crash, said Dan Brucker, Metro-North spokesman.
Life imitates stupidity thejournalnews.com

Homeland Security to Unveil New Driver's License Rules
WASHINGTON — Americans born after Dec. 1, 1964, will have to get more secure driver's licenses in the next six years under ambitious post-9/11 security rules to be unveiled Friday by federal officials.
The Homeland Security Department has spent years crafting the final regulations for the REAL ID Act, a law designed to make it harder for terrorists, illegal immigrants and con artists to get government-issued identification. The effort once envisioned to take effect in 2008 has been pushed back in the hopes of winning over skeptical state officials.
Will REAL ID Cause Real Headache?

Nurse Died When Epidural Injected Into Arm Instead of Spine
A nurse died two hours after giving birth when hospital workers accidentally connected an epidural anesthesia to her arm, instead of injecting it into her spine, an inquest into her death was told this week.
Mayra Cabrera, 30, moved to the U.K. from the Philippines in 2002, to begin work as a nurse at the Great Western Hospital in Swindon, according to a report from thisislondon.co.uk.
Click here to read the full story