A landlord in Utah received a phone call about a messy townhouse.
When he entered the house, he discovered the rocky mountains of Coors.
They estimate that the tenant drank 24 cans of beer everyday for 8 years.
Pffft... What a lightweight! 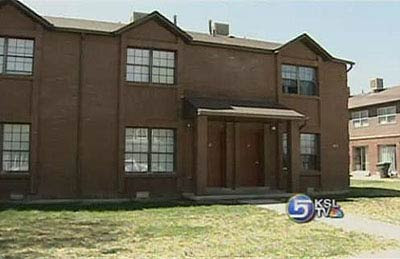 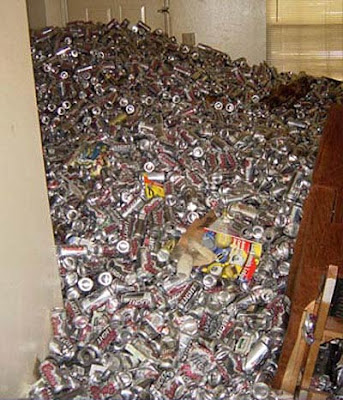 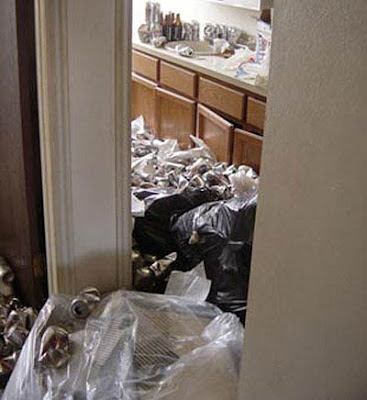 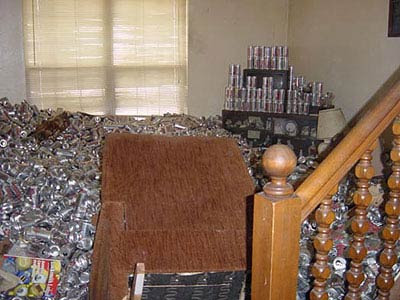 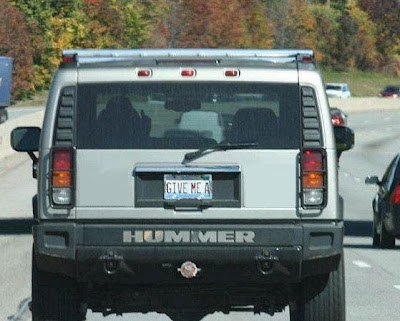 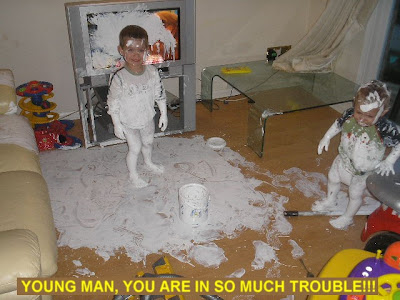 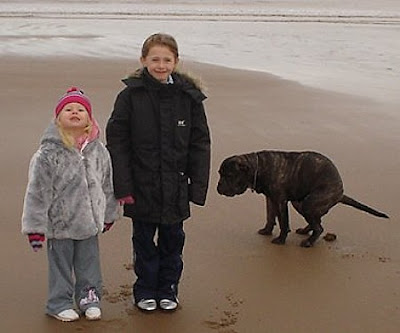 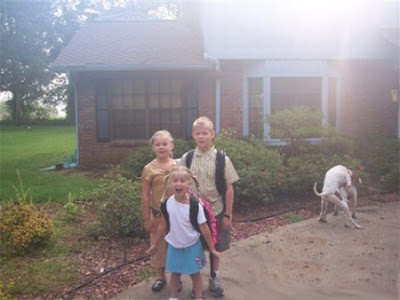 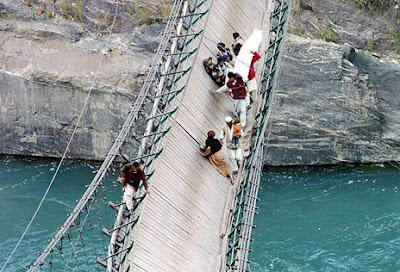 Overloaded Truck Tips While Being Driven On Ferry at Yangzi River 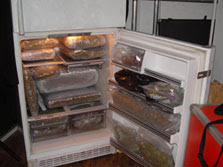 A Manhattan pot dealer and rock-star wannabe is facing 2½ years in prison after keeping refrigerators jam-packed with big bags of weed in his Murray Hill apartment.

Authorities also found a two-page letter from a fellow criminal acquaintance - full of juicy tips on how to not get arrested while dealing dope.

Peter Dagostino, a 56-year-old musician and recording-studio owner. Dagostino found marijuana, rather than music, the key to big bucks.

They also found $65,000 in cash in the apartment, and they froze another $325,000 he had in bank accounts, according to prosecutors.

Dagostino, who remains free on $25,000 bail, pleaded guilty June 22 in Manhattan Supreme Court to possession of marijuana and agreed to cough up about $378,000 in drug money and vacate the Murray Hill apartment. He will be sentenced Sept. 24. 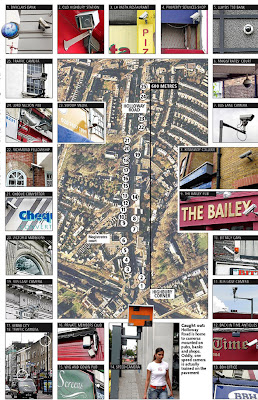 Every step you take down the Holloway Road, they'll be watching you.

With an average of one camera every 35 yards, the north London road is one of the most intensely filmed parts of the country.

The area has been plagued by muggers, drug dealers and burglars. On one 600-metre stretch alone there are 29 CCTV cameras at 25 separate locations.

Along the entire two-mile length of the main thoroughfare there are 102 cameras.

Click on picture to enlarge and web address to read all about it.
Posted by The Man at 7/10/2007 No comments:

A guy was sitting quietly reading his paper when his wife walked up behind him and whacked him on the head with a magazine.

"What was that for?" he asked.

"That was for the piece of paper in your pants pocket with the name Laura Lou written on it," she replied.

"Two weeks ago when I went to the races, Laura Lou was the name of one of the horses I bet on," he explained.
"Oh honey, I'm sorry," she said. “I should have known there was a good explanation."

Three days later he was watching a ballgame on TV when she walked up and hit him in the head again, this time with the iron skillet, which knocked him out cold.

When he came to, he asked, "What the heck was that for?"

WHAT DID YOU SAY? 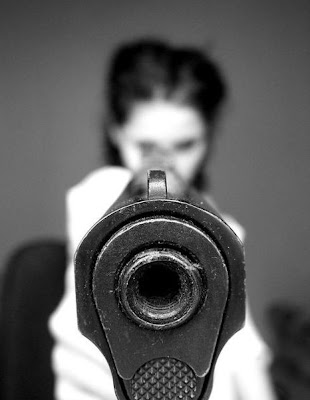 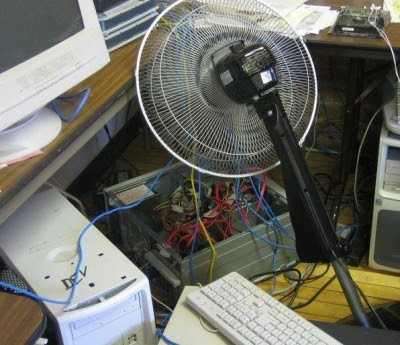 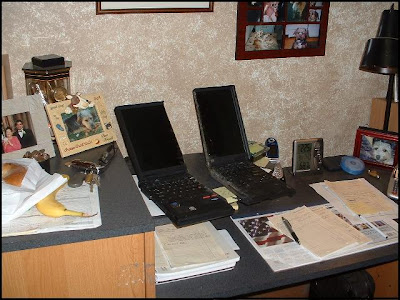 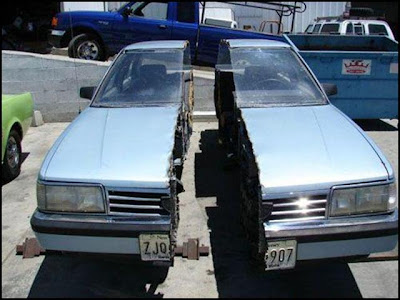 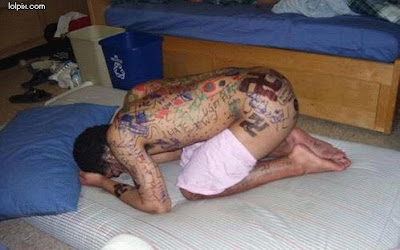 Not taking any chances of anyone sneaking up on him 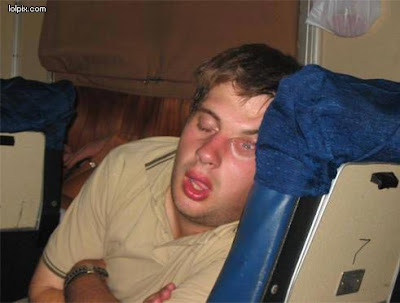 Rasing or is it Lowering the Moon 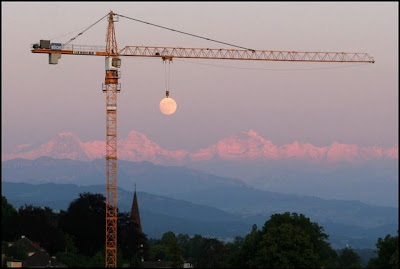 Does This Piss You Off? 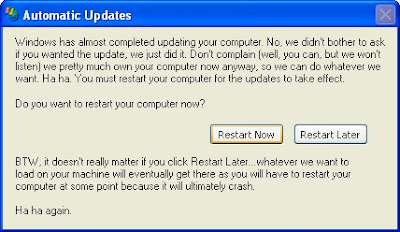 Wait A Minute.....Isn't That Hopeless? 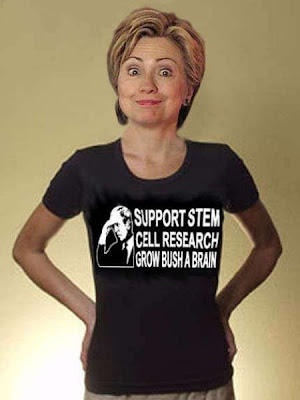 Driver gets trapped in village 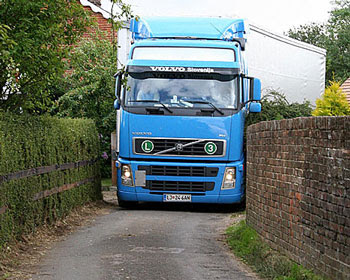 Renewed calls are being made for warning signs to be put up in a Kent village after a sat-nav system caused a driver to get stuck in a narrow street. A Slovenian driver, carrying paper bound for Wales, followed a diversion from the M20, but it took him into a corner of Mereworth, near Maidstone. Resident Sarah Pascoe said she returned from a Tour de France party to find power cables down outside her home. She said she understood that some European firms tended to "only invest in car sat-nav", which would not take into account the size of a heavy goods vehicle.

Questions with no answers

· Why is it called a TV set when there's only one?
· If it's zero degrees outside today and it's supposed to be twice as cold tomorrow, how cold is it going to be?
· Can a guy named Nick have a 'nick 'name?
· If a person owns a piece of land do they own it all the way down to the core of the earth?
· If an ambulance is on its way to save someone, and it runs someone over, does it stop to help them?
· Do vampires get AIDS?
· Why do people never say "it's only a game" when they're winning?
· If you accidentally ate your own tongue, what would it taste like?
· Are zebras black with white stripes, or white with black stripes?
· Why do most cars have speedometers that go up to at least 130 when you legally can't go that fast on any road?
· If Wile Coyote had enough money for all that Acme crap, why didn't he just buy dinner instead of chasing Road-Runner?
· How can you hear yourself think?
· If you had x-ray vision, but closed your eyes, could you still see?
· If love is blind, why is lingerie so popular?
· When cheese gets its picture taken, what does it say?
· Why isn’t the number 11 pronounced onety one?
· If it’s true that we are here to help others, then what exactly are the others here for?
· If 4 out of 5 people suffer from diarrhea does that mean the fifth one enjoys it?
· If man evolved from monkeys and apes, why do we still have monkeys and apes?
· If one synchronized swimmer drowns, do the rest drown too?
· If you try to fail, and succeed, which have you done?
· What's a question with no answer called?
· Why is a square meal served on round plates?
· Why is it that people say they "slept like a baby" when babies wake up 10 times every hour?
· If mars had earthquakes would they be called marsquakes?
· Why is Charlie short for Charles if they are both the same number of letters?
· How important does a person have to be before they are considered assassinated instead of just murdered?
· Do Lipton employees take coffee breaks?
· If it's tourist season, why can't we shoot them?
· Can you cry under water?
· If a deaf person has to go to court, is it still called a hearing?
Posted by The Man at 7/10/2007 No comments: 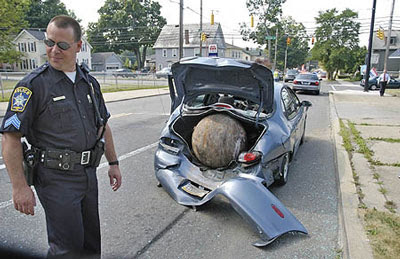 A 1,500-pound wrecking ball broke loose from a crane cable and raced downhill, smashing into several cars and injuring three people before coming to rest in the trunk of a car at an intersection Monday. The wrecking ball, about 3 feet across, was being used to demolish part of a library at Allegheny College, Meadville, when the cable snapped, police said. The crane operator tried to stop it, but it rolled nearly three-quarters of a mile downhill, damaging more than a dozen vehicles as it bounced from curb to curb, police said. Most of the damaged vehicles were parked, but the ball slammed into the rear of Alex Habay's car stopped at an intersection, causing a chain reaction accident with two other cars at the traffic light, police said. "All of a sudden, the back windshield exploded and I hit the car in front of me," said Habay, 20, a junior at Allegheny College. The ball lodged in the trunk of a car, pushing the vehicle about 20 feet. "I got out of my car and couldn't believe it when I walked back and saw this giant wrecking ball sitting in the trunk of the last car," said Meadville police Officer Brian Joseph. Meadville is about 90 miles north of Pittsburgh.