This is what happens when a...

...level 1 athlete turns an old treadmill up to level 10.

How Low Can You Go?

OK now if you want to talk about awesome skills.
This kid does the splits and roller skates under 40 cars!

Lucy you got some explaining to do

I'm Pissed Off, You Let Me Die 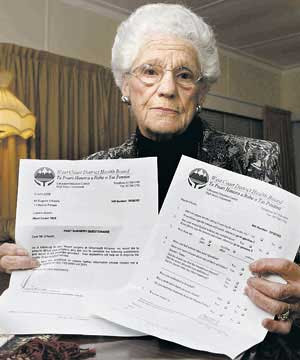 Hospital sent survey to dead man asking how he was progressing.
The West Coast District Health Board (WCDHB) has sent a post-surgery questionnaire to a Westport man who died in Grey Hospital last month.
Eugene (Hughie) O'Keefe, of Carters Beach, who turned 80 in March, was admitted to Grey Hospital on May 2 for surgery to remove two melanomas. He suffered a stroke on May 6 and died on May 19.
His widow, Shirley O'Keefe, received a post-surgery questionnaire addressed to him this week.
"As a follow-up to your recent surgery at Greymouth Hospital, we would like to inquire about your progress and ask you to complete the following questionnaire and return in the envelope provided," it said. O'Keefe said it was "devastating" to read the letter.
Posted by The Man at 6/16/2008 No comments: 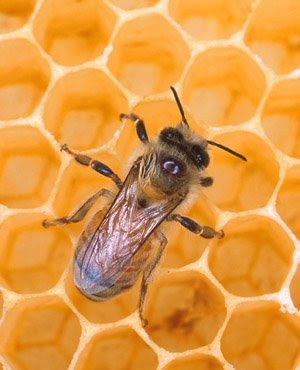 The couple living in the 100-year-old home realized they had a problem when honey started dripping down their living room wall. "I'm just glad they weren't 60,000 mad bees," said the husband. News Video.
.
.
Mad Izatie said...
Crazy. If it were me I'd try to harvest the honey and probably end up dead with a thousand stings.
Posted by The Man at 6/16/2008 1 comment:

That's how he became a father in the first place 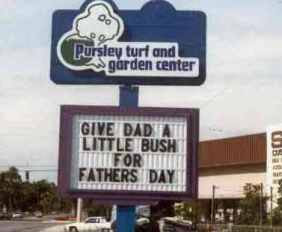 Charging by the Byte to Curb Internet Traffic

Some people use the Internet simply to check e-mail and look up phone numbers. Others are online all day, downloading big video and music files.
For years, both kinds of Web surfers have paid the same price for access. But now three of the country’s largest Internet service providers are threatening to clamp down on their most active subscribers by placing monthly limits on their online activity.
One of them, Time Warner Cable, began a trial of "Internet metering" in one Texas city early this month, asking customers to select a monthly plan and pay surcharges when they exceed their bandwidth limit. The idea is that people who use the network more heavily should pay more, the way they do for water, electricity, or, in many cases, cellphone minutes.
That same week, Comcast said that it would expand on a strategy it uses to manage Internet traffic: slowing down the connections of the heaviest users, so-called bandwidth hogs, at peak times.
AT&T also said Thursday that limits on heavy use were inevitable and that it was considering pricing based on data volume. "Based on current trends, total bandwidth in the AT&T network will increase by four times over the next three years," the company said in a statement.
All three companies say that placing caps on broadband use will ensure fair access for all users.
Posted by The Man at 6/16/2008 No comments:

Labels: In The News, Internet

50 police swoop on 1 boy, 12, for taking £10 note hanging out of ATM
More than 50 police officers swarmed on a 12-year-old boy accused of stealing a £10 note which was hanging out of a cashpoint (ATM).
The army of officers was called after a row broke out when a woman, 27, accused Pascoe Petgrave of stealing the tenner from an HSBC bank machine in Thornton Heath, south London.
Pascoe, who stands at just 4ft 7in, said he had been given his mother's bank card to withdraw money when he spotted the note - but the woman who had been nearby claimed it belonged to her.
.
COPS NOTEBOOK:
1. Wait, those don't match
From the files of the Falls police force, further proof that beyond the just plain stupid there are the criminally stupid. Falling into the later category is one Frank Certo of Orange Park, Fla. Certo was stopped Thursday night as he tried to cross the Rainbow Bridge in his 1996 Dodge. The reason for the stop? To the amazement of Falls cops, Certo was driving with a California license plate on the front of his car and a Florida license plate on the back of the car.What was this guy thinking? Better question, how many cops from the Falls to Florida saw this guy driving and never put the two license plates together?

2. No Problem Scrapyard Will Buy Stolen Metal
Just when you thought the crazy stuff people will steal and try to sell to scrapyards couldn’t get any more bizarre comes this revelation. Sometime between 5 p.m. Wednesday and 7 a.m. Friday someone stole three fire hydrants that were in the 900 block of 91st Street waiting to be installed. Members of the work crew told police they had been approached recently by "representatives of local junkyards inquiring whether or not the hydrants could be taken." Seriously folks, first manhole covers, now fire hydrants? And the scrapyard dealers just keep buying this stuff like it’s not stolen. Maybe we need to slam some scrapyard fannies in a jail cell or two for possession of stolen property and then things might change.

3. Drop the drumstick
Add to the city whose criminals have pioneered bicycles as robbery get-away vehicles, the development of a new deadly weapon: the plate of chicken. That’s right, a Falls man reported that he had been assaulted by another man who first cut his face by swinging a broken chair of table leg at him and then told police the assailant struck him with "a plate of chicken." The report was not clear on the extent of the man’s injuries as a result of being struck by the chicken.
So does this mean Colonel Sanders runs a weapons factory?
.
4. A delicate distinction
Forget for just a moment, that Janice Glover’s idea of responsibly dealing with youngsters is to threaten children with knives. Then try to fathom what she was thinking when she uttered these words, "I won’t stab you, but I will cut you deeply." Followed by, "I’ll show you the difference between cutting someone and stabbing someone." Sounds like Janice, who does face two charges of endangering the welfare of a child, ought to be kept a long way away from children.
Posted by The Man at 6/16/2008 No comments: