14-year-old with an Arsenal 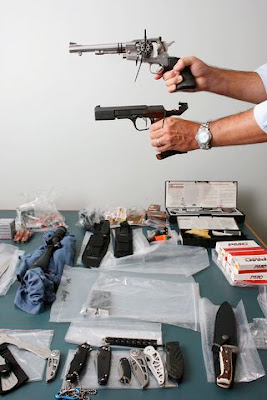 A alarming cache of weapons was found in a 14-year-old boy's check-in luggage after he flew into Cairns from Western Australia.
A .38-calibre Ruger revolver and Unique .22-caliber pistol were among dozens of weapons found in the youngster's suitcase, police say.
Security officers made the discovery in the Cairns airport's holding bay about 6am on Monday when the boy and his 11-year-old brother prepared to board a flight to Weipa, where their father lives.
Federal police were alerted and Cairns detectives were called out to question the teen.
"He's refused to be interviewed so we don't know what his intentions were," Cairns Child Protection and Investigations Unit Det Sen-Sgt Glenn Horan said.
"It's unusual for someone so young to have possession of firearms at all, let alone to have such a large number of weapons."
The brothers had flown from Karratha, in northern WA, to Perth and then to Cairns.
Police also seized 14 knives, including two tactical knives and two throwing blades, more than 3000 rounds of ammunition and gun scopes.
All the weapons were allegedly stolen from a gun shop at Karratha.
An airport security source yesterday said that bags were randomly checked in holding areas at the Cairns domestic airport and they believed that was the most likely reason the weapons were found.
.
Posted by The Man at 3/11/2009 2 comments: 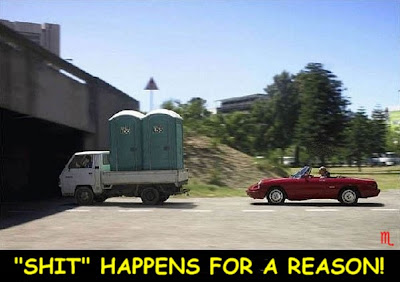 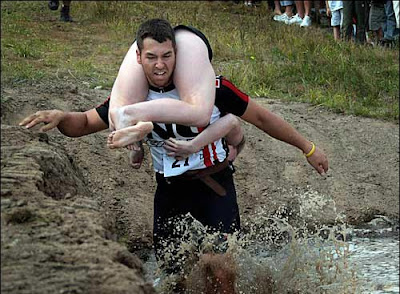 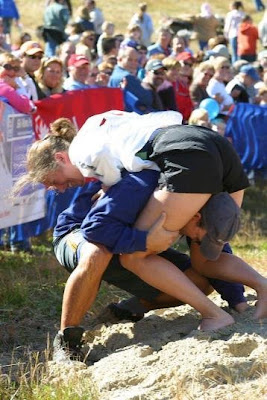 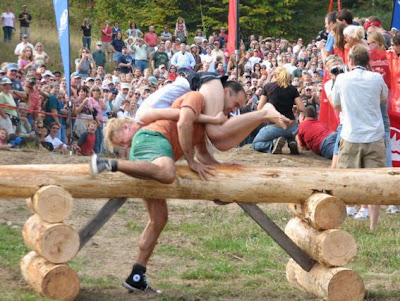 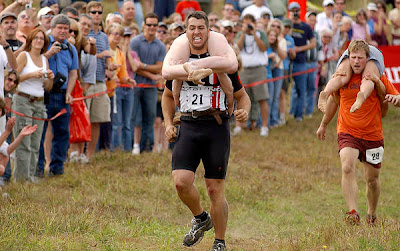 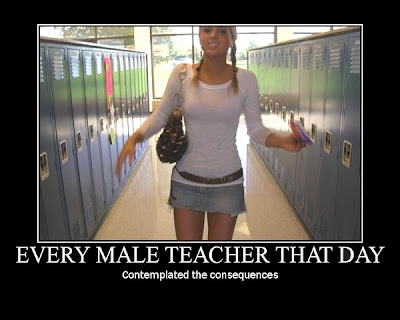 Hey Kids,
Just stick this up your butt. 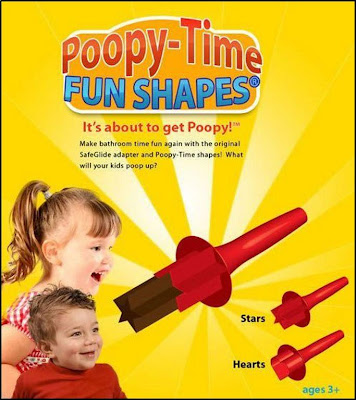 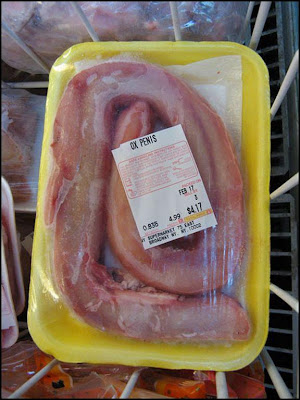 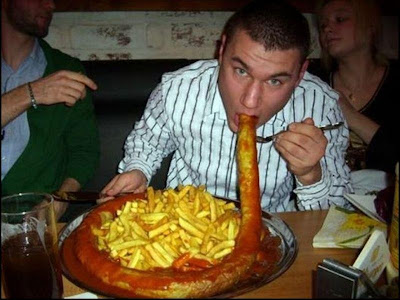 Burger King Opens The First Whopper Bar In Florida
Burger lovers can belly up to the bar. Burger King is introducing the first Whopper Bar at the Universal Orlando Resort in Florida today. There won't be any booze at this bar, but there will be plenty of beef. Patrons can have their Whoopers customized with up to 22 different toppings, including steak sauce, smoked bacon and guacamole. Employees will add the toppings in front of the customers, in a sushi bar-like setting. Burger King says five more Whopper bars will open by the end of the year.
.
Casino Winner Relieved Of His Winnings
A casino gambler lost his pants -- and his money. Police in Tulsa, Okla., report a man was robbed by two women after he won about $2,000 at the Creek Nation Casino. According to investigators, the victim invited the women home with him at about 4 a.m. for drinks. The gambler said the women told him they were massage therapists. He told police the women took off his pants, then left with the cash. An officer recognized the two suspects from the victim's description. They were busted at a nearby convenience store. Police say the women had a large amount of cash and pot in their car.
.
Posted by The Man at 3/11/2009 1 comment: 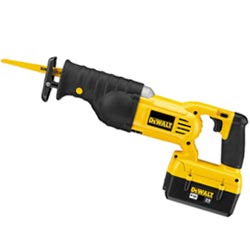 A Maryland woman was seriously injured in a mishap involving a sex toy over the weekend.
The accident was reported to local fire and rescue personnel about 1:30 a.m. on March 7. The man who made the 911 call said he had placed a dildo over a saber saw blade, and then used the power tool on his partner, but the blade cut through the plastic and injured the woman.
The victim, a 27-year-old woman, was reportedly injured and bleeding. She was flown to Prince George's hospital center by Maryland State Police.
County law enforcement officials who were familiar with the media report about this case said although they were not initially called to investigate the incident, they would likely follow up to determine it was just an accident and involved consensual behavior.
.
Posted by The Man at 3/11/2009 2 comments:

Labels: "SEX", In The News, That Gotta Hurt

Talk about your snafu.

Airline Delivers Wrong Package to Pet Store
Workers at a pet store in Northeast Philly spent the day Tuesday freakin' out.
.
.
Yeah, I know. You're wondering what happened to the fish?
"They're still at the airport. Most likely dead," said pet store owner Mark Arabia.
And here's the ultimate irony: Jon Kenoyer, the man whose body ended up at the pet store, was a mailman. He hated to fly but as a practical joker, he loved a good laugh. His wife Mary says that's probably what he's having a laugh right about now.
.
Posted by The Man at 3/11/2009 1 comment: