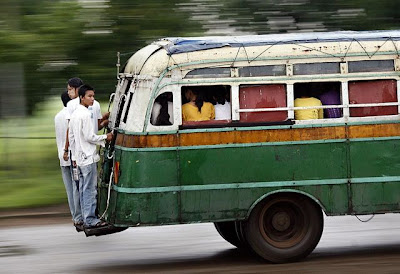 The Human Male Shrub and the Female Shrubette

His costume of straggly weeds is a far cry from the sleek outfits sported by traditional superheroes, yet his mission to transform neglected public gardens is just as admirable.
But now it seems that, like most crusaders, the green-fingered campaigner known only as the Human Shrub does not work alone.
Yesterday the gardener turned up at a shabby communal garden with a trusty sidekick – his wife, Mrs Shrub. 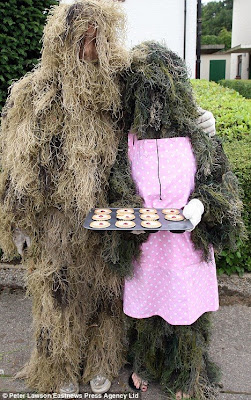 She arrived decked out in the trademark foliage suit, teamed with a bright pink apron and a tray of cherry bakewell tarts.
The pair had organized a party of volunteer gardeners to descend on the scruffy patch of land in Hubert Road in Colchester, Essex. The team – rounded up through social networking site Facebook – spent the morning sprucing up the patch, weeding and planting donated shrubs and flowers. 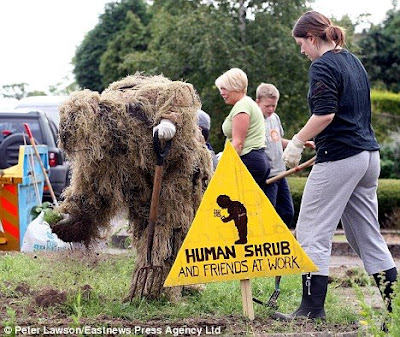 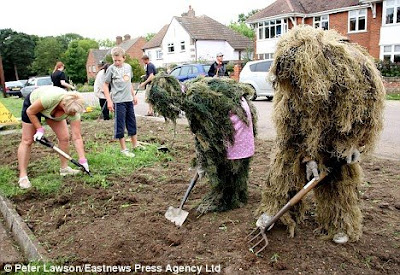 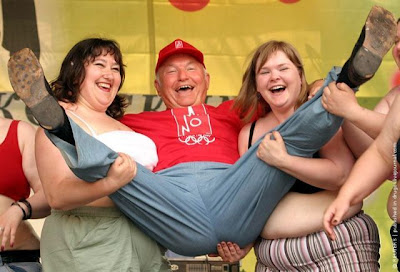 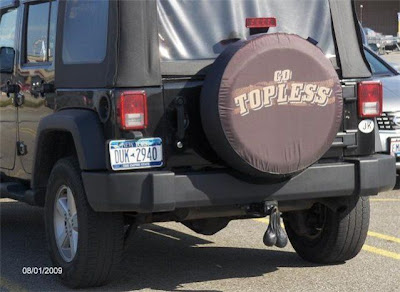 Prostitutes are more trustworthy then Politicians
China's prostitutes are better-trusted than its politicians and scientists, according to an online survey published by Insight China magazine.
The survey found that 7.9% of respondents considered sex workers to be trustworthy, placing them third behind farmers and religious workers.
"A list like this is at the same time surprising and embarrassing," said an editorial in the state-run China Daily.
Politicians were far down the list, closer to scientists and teachers.
Insight China polled 3,376 Chinese citizens in June and July this year.
"The sex workers' unexpected prominence on this list of honor... is indeed unusual," said the China Daily editorial.
"At least [the scientists and officials] have not slid into the least credible category which consists of real estate developers, secretaries, agents, entertainers and directors," the editorial said.
Soldiers came in fourth place.
.
Hand sanitizer sparks drunk driving warning
As Margie Sutherland lathered on a hand gel to ward off swine flu she had no idea it would land her in a spot of bother with police. Last Thursday the Uruti School principal failed a roadside breath test after it was presented to her by an unimpressed police officer.
But despite sitting in a car that "smelled like a brewery" Mrs Sutherland hadn't drunk a drop instead she had just rubbed a 65 per cent ethyl alcohol hand sanitiser on herself and her licence. "I wound down the window and the smell must have hit him in the face. The stuff smells like a big gin," she said.After being told by the officer "we take drink driving very seriously", Mrs Sutherland said she was then accused of having "had a few drinks" and given an initial "talk in to breath test".
"He got the machine and I just couldn't stop laughing and big red fail came up," she said. Imagine being drunk and disorderly on hand sanitiser! He probably thought I was trolleyed by then."
After a second "blow in to" test, Mrs Sutherland was cleared and explained to the officer it must have been the sanitiser. "I said to him after the day I've had, a few drinks doesn't sound too bad," she said. "I would never drink and drive, I take it very seriously, I'm the last person who would do it."Perfume and cologne have been known to have the same effect on the testers as when in passive mode, they pick up traces of alcohol in the air. A police spokesperson said officers were recently warned that the increasingly popular use of sanitiser would produce a positive result on the tests.
.
Climate change protesters glue themselves together
A group of climate change activists were arrested after supergluing themselves together outside a Government department in support of workers staging an occupation at a wind turbine factory.
The demonstration was held outside the head office of the Department of Energy and Climate Change in London by students backing the workers' sit-in at the Vestas Wind Systems plant on the Isle of Wight.
The protesters, who held up banners saying "Take back the wind power", said they blockaded the main entrance to the building for over two hours before they were arrested
.
Posted by The Man at 8/05/2009 2 comments:

This bus is under attack!