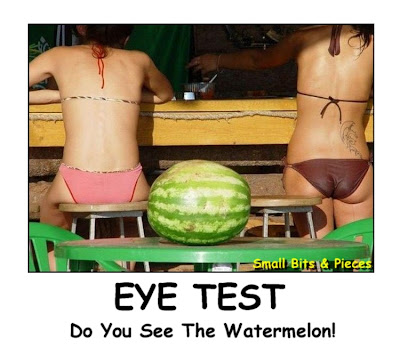 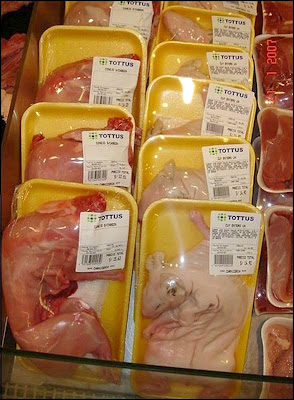 Gymnast Gets Owned By The High Bar 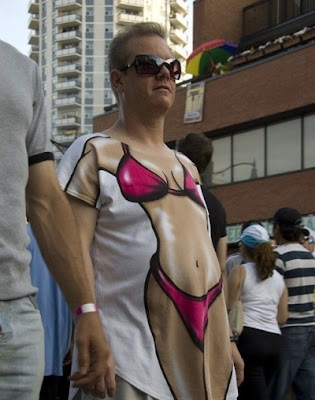 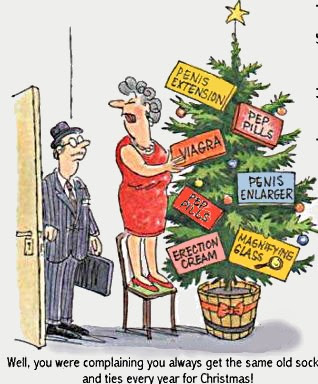 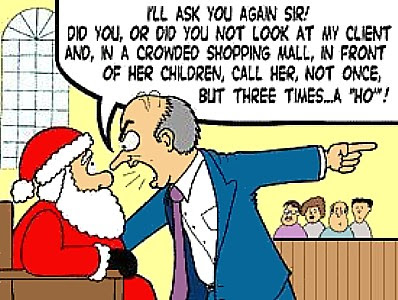 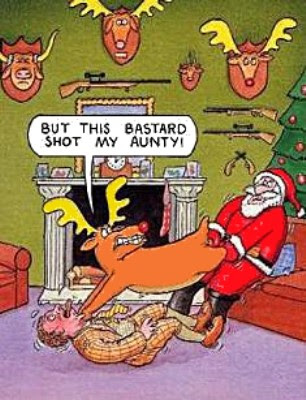 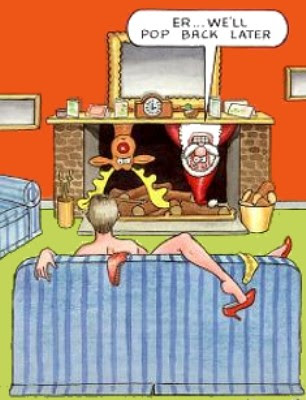 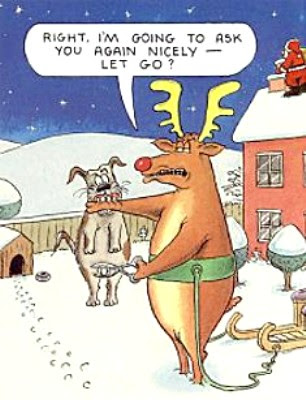 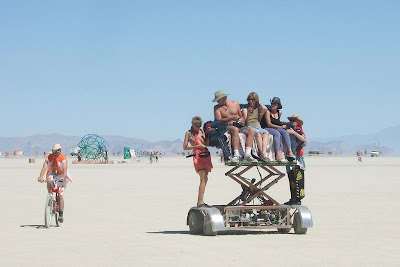 Don't order food at the same restaurant you robbed

.
.
Not the best store to break into

.
.
Next time you rob a bank, check for police officers

.
This security cam shows a man walking into a bank in Little Rock, handing a note to the teller that said "this is a robbery, give me the money". What the robber didn't notice was a Police officer "in uniform" to his left. The officer noticed what was going on and interrupted the "smooth" robbery. After a short struggle they run out the door and eventually the robber gets arrested. The suspect, 21 year-old Langston Robins, is being held on $250.000 bond.
.
.
Wait pal, you want the door on the... never mind
Posted by The Man at 12/14/2007 No comments:

Terror On The Streets

But now it's a squirrel trap 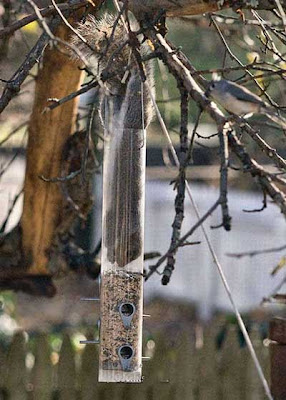 Not sure of his size?

If your husband, son or father won't tag along when you want to purchase clothes for him this holiday season, try a Shoppenboy.
French menswear store Celio has launched a way to help shoppers by appointing male models, some with extra large appeal, to help them find exactly the right gift. Now shoppers can choose a man, who dons red boxers, whose body type is most like the man they're buying for. The concept is that the various-sized models help people find the right fit for their purchases. 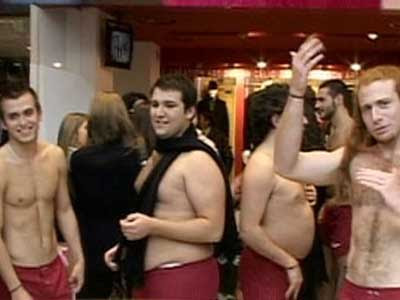 The store came up with the Les Shoppenboys concept a year ago, and Celio decided it would seek male volunteers. What began as a joke slowly has taken own its own life, after an online casting received 2,000 submissions.
Although the men do not want to be taken seriously, some think the gentleman are having an important impact on the male psyche. It's not all about looks. Size matters, too.
With news video.
Posted by The Man at 12/14/2007 No comments: 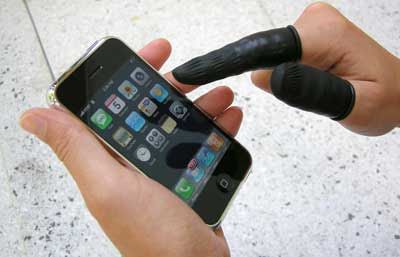 So you don't get smudges and fingerprints all over your touch screen.

Space Weed
.
.
Police Officer Steals Marijuana
Police Officer bakes brownies then calls 911 and says "I think we are dying".
Posted by The Man at 12/14/2007 No comments:

An American dating company claims to have cracked the secret to physical attraction and finding that perfect match – body odor. To the founders of ScientificMatch.com, love is simply a matter of chemistry.
It asks members to submit a DNA sample – the saliva-swab commonly used in paternity or drug testing – and then analyses it to calculate their ideal partner. This will be someone with “a natural odor you’ll love, with whom you’d have healthier children and a more satisfying sex life”, says the company, which claims to be “the only introduction service that creates matches with actual physical chemistry”.
The process works, the founders say, because DNA analysis enables scientists to match people with compatible immune system genes – i.e., those with different immune systems with whom they would create babies with more robust immune systems.
Posted by The Man at 12/14/2007 No comments: 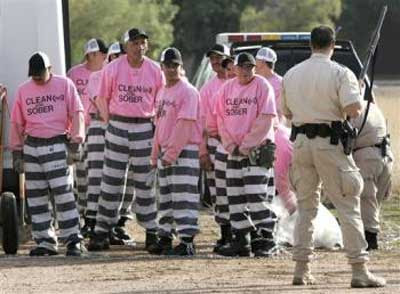 Sheriff orders drunk drivers to bury alcoholics
A sheriff known for housing inmates in old military tents has a new idea — a chain gang of drunken driving convicts wearing pink shirts and performing burials of people who died of alcohol abuse.
Maricopa County Sheriff Joe Arpaio said he wants the chain gang to act as a deterrent to potential drunken drivers. He has already used the color pink on inmates — he issued them pink underwear.
"Maybe this will warn people — knock it off, don't drink and drive," Arpaio said. "You'll end up in pink underwear on the chain gang." On Tuesday, 15 county jail inmates cleaned up a busy east city street while wearing the shirts, which say "Sheriff D.U.I. Chain Gang" on the back and "Clean(ing) and Sober" on the front. With more photos.

Drunken Driver Gets Maximum, Tells Judge He's Bored
Lance Majors today denied driving drunk with his young daughter in the car and told Judge Frank LaBuda that he expected no justice from a man with a reputation for sarcasm in court.
Then he shook his head and laughed out loud as LaBuda sentenced him to the maximum of 2 1/3 to seven years in state prison for several crimes related to a drunken driving incident on March 24, where he was clocked at 107 mph with his 11-year-old daughter in the passenger's seat.
Click Here To Read More

Burglary Suspect Flees In Squad Car
A woman suspected in a burglary found a convenient getaway: the squad car of the officers who arrested her.
McKenzie Schafer, 27, of Minneapolis, was arrested and handuffed Sunday by officers investigating the theft of a laptop from the North St. Paul Athletic Association building.
Click Here To Read More

Priest Sentenced To Religion
A judge in southern Chile has sentenced a Catholic priest to recite seven psalms daily for three months as punishment for illegal parking.
Judge Manuel Perez said he issued the unusual sentence after Father Jose Cornejo claimed he could not afford the 50,000 peso ($49) fine that would have been the regular sanction for illegal parking in the city of Puerto Montt.
Click Here To Read More

Teacher mistakes janitor's karaoke as death threat
Karaoke can be scary, but threatening? A school custodian's impromptu after-hours karaoke performance prompted a police response when a teacher thought she was being threatened over the loudspeaker.
State police say the teacher at Booth Free School barricaded herself inside a classroom on Wednesday when she mistook someone singing a Guns N' Roses song over the public address system for a threat.She was working after hours and thought no one else was in the building. Then she heard someone say over the loudspeaker that she was going to die.
Posted by The Man at 12/14/2007 No comments: