Funeral home loses Grandma!
Saying goodbye to Grandma is always a very hard thing to do. It's even more difficult when you arrive at the funeral home only to find some other dead old lady in your dear Granny's casket!Lilian Balmores's family was faced with just such a dilemma when they arrived at the suburban Chicago funeral home where they made arrangements for the final services. Upon entering the final viewing room they didn't expect to find some other woman in Grandma's place resting in the casket!
To add insult to injury, not only was the strange woman wearing Lilian's favorite yellow dress, but also her bracelet. Purportedly, the mix-up occurred because Grandma Balmore's body was tagged incorrectly, and she was buried the day before her own funeral.
.
George Bush resigns after signing major league baseball contract
President George W. Bush resigned today after revealing he has signed a 3 year 4 million dollar contract with the St Louis cardinals. White house officials were shocked at the news, saying only that the former president called into work today, said he wasn't coming back and that we could take this job and shove it! Bush has come under fire in recent years for his economic policies as well as his controversial decision to go to war with Iraq. He also has the lowest approval rating of any U.S President in history. Vice President Dick Cheney will assume Presidential duties until Senator Barak Obama is elected this November. Both house and senate democrats praised the move calling it the only good decision Bush has made in 7 1/2 years.
.
Funeral for dedicated 26 year cable company employee
New York, NY: Approximately 2 days ago, Dan Katz, a 26 year veteran for the Time Warner Cable company died in a fatal accident during a cable installation. Katz's supervisor has described the installation somewhat "complicated" but nothing "he couldn't handle". His entire division is shocked beyond belief, the entire cable installation crew have worn their pants at half-ass in respect. Shortly upon learning of his death, the Time Warner Cable corporation has announced the memorial service will start sometime between the hours of 2 and 6 pm. The company had opted against the traditional hearse caravan, for active Time Warner Cable vans.Community members were shocked, and remember his cheerful banter during installations. Upper west side resident, Diane Lomax, said, "I remember a few sentences, I forgot what they were about, but they were good." As many cable company employees are stereotyped as lonely, Dan had a rich set of friends and family.Katz sister, Mary was overwhelmed by Time Warner's gracious offer to host the memorial services. "Dan loved the afternoon shift." She was also grateful for the authenticity of the event. She even called Time Warner asking for "some idea" when the funeral would begin. "I couldn't believe the respect they had for Dan and his work. I wanted to know if it would be closer to 2 or 6 and they told me 'we don't know ma'am.' I was bawling, because that was what Dan would have ftlinewanted." Choosing a eulogy also proved to be a daunting task, as the company provided over 350 of them, but Mary described only "a handful as decent."The community has surely felt a huge loss at this time as well, as many people reported to have slipped Katz body $20 bills, a modest thanks for free cable they've received. When his family was asked how long they plan to remain in mourning, they replied, "Since we're first time mourners, we plan for sadness, grieving and support in a package deal, at least for the first 6 months; after that we have to spend emotions on all three separately."
Posted by The Man at 7/20/2008 No comments: 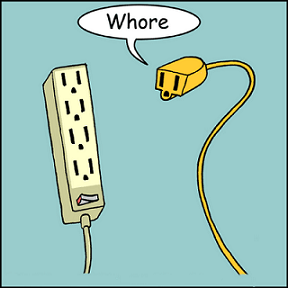 Two Aspirin
A guy is out with buddies and has a few drinks and is feeling horny but true to his wife, goes home. He finds her sound asleep in bed with her mouth wide open, so he gets two aspirin and drops them in her mouth.
She starts to choke, but recovers and asks, "What the hell did you put in my mouth?"
He says, "Two aspirin."
She replies, "BUT I DON’T HAVE A HEADACHE!"
He says, "That’s all I wanted to hear."
.
Dangers of Heavy Drinking
I just read an article about the dangers of heavy drinking… Scared the daylights out of me.
So what did it say!
After today, no more reading.
.
A Long Marriage
When I asked a friend the secret of his 52 years of marriage, he replied, "We never go to sleep angry." "That's a great philosophy," I noted. "Yes," he continued. "And the longest we've gone without sleep so far is five days."
Posted by The Man at 7/20/2008 No comments:

Pilot Lets Small Plane Fly Itself
A civilian pilot left the controls of his small plane while he untangled a British Army parachutist who got tangled up in the landing gear, London's Sun newspaper reported on Saturday.
The British soldier was one of six participating in a parachuting competition at the Joint Service Parachute Center at Bad Lippspringe in Germany. The first five jumped from the plane successfully, but when the sixth — the instructor — tried to leap out and open his chute at an altitude of 3,000 feet, it only partially deployed.
The flier left his seat for about 30 seconds to reach out and cut the parachute lines that got caught on the twin propeller engine Islander's undercarriage.
.
Nurse gave wrong woman abortion
A nurse who gave a chemical abortion to a patient who had only come for a consultation has been cautioned.
Ann Downer, based at the Calthorpe Clinic in Edgbaston, Birmingham, failed to check the woman's personal details before giving her the drug.
The woman was recalled when Ms Downer realized her mistake but the drug had already taken effect.
The Nursing and Midwifery Council said she could keep her job but would have a caution on her record for three years.
A spokesman said the council's conduct and competence committee heard the clinic's practice was to only call out patient's first names in a bid to protect confidentiality while in the waiting room.
Once the patient was inside a private room, other details, such as full name, birthdate and address were checked to make sure it was the person they were expecting.
Ms Downer failed to carry out an identity check and gave a drug, Misoprostol, to a woman who was due to have an initial consultation.
.
Handcuffed girl, 13, steals prison van
A 13-year-old Lynwood girl being taken back to Illinois from southern Indiana in a prison transport van stole the vehicle and drove off after the lost driver stopped to ask for directions, police said. And she did it all while handcuffed and shackled.
The girl, who made it to Chicago before getting caught, was ordered held in juvenile detention Friday. It all started when the girl ran away with her boyfriend and headed to Indiana. The boyfriend was arrested there, possibly because of his age in connection with their relationship.
.
Skinny Murder Suspect Escapes Through Jail Air Vent
A man charged with murder escaped from jail early Saturday by climbing through an air conditioner vent, authorities said.
The vent was less than a foot wide, and authorities said Darryl Layne Norris had been losing weight since arriving at the Waller County Jail in April.
The jail noticed the 6-foot, 160-pound man was missing after performing a routine head count.
Posted by The Man at 7/20/2008 1 comment: