Going Back to the Stone Age Cave House 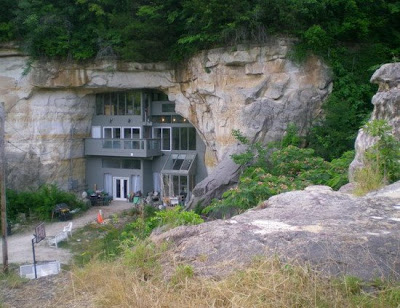 .
Tim said...
I saw this on another blog and it had some details:
It has about 16,000 square feet, is in a small city, and has a stage where many artists performed--including Bob Seger and the Silver Bullet Band.
.
Posted by The Man at 2/20/2009 No comments:

Jim Cook has preserved the club's unique find - a golf ball embedded inside the trunk of a tree.
The tree had apparently grown around the ball which had probably been lodged in its branches many years ago.
It was discovered when Richard Mitchell, greens keeper at the Eaton club in Norwich, felled the conifer and cut it into pieces, only to find the ball perfectly encased in the wood.
Club manager Peter Johns said: "It's an incredible find. 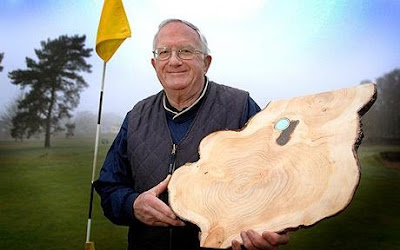 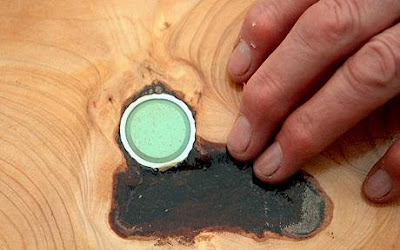 ..
Lorne said...
So, finally I can see how the golf ball looks from inside!
Was always interested, but never had a)tools b)time c)old ball to cut it! Funny discovery!
Once I have seen rifle caught in tree, in WWII museum somewhere in europe, but it was visible from outside without cutting...
.
Posted by The Man at 2/20/2009 No comments:

I Shared Everything With Jealous Chimpanzee 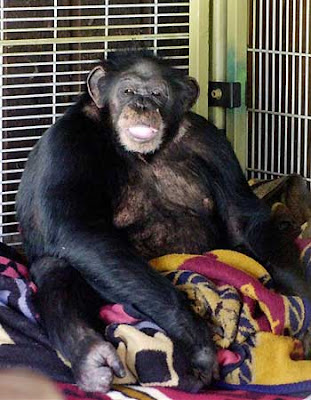 Travis the chimpanzee's relationship with his owner was closer than those of some married couples.
Sandra Herold of Stamford, Connecticut gave him the finest food, and wine in long-stemmed glasses. They took baths together and cuddled in the bed they shared. Travis brushed the lonely widow's hair each night and pined for her when she was away.
If I left the house alone, Travis would give me a kiss.
"If I left with someone Travis would get upset," Herold said Wednesday.
Experts say the unusually human relationship would have been confusing for any animal. It may have also played a role in Travis' savage attack Monday on Herold's friend, 55-year-old Charla Nash of Stamford.
.
.
Caitlyn said...
Great- so all single girls should get chimpanzees instead of boyfriends?
Posted by The Man at 2/20/2009 1 comment:

French prankster Rémi Gaillard in action.
.
Caitlyn said...
I think that is the first time I've actually liked the French.
I'll have to try that on the Schuylkill.
.
Posted by The Man at 2/20/2009 No comments:

Blind Mechanic At The Job 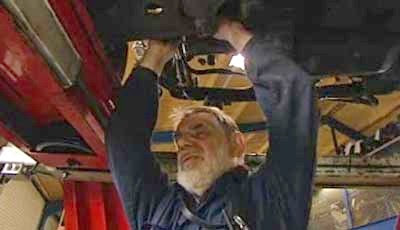 A blind mechanic fixes cars using just touch to tell what is wrong with them.
Dutchman Col Collewijn lost his eyesight when he was eight – but has incredibly learned how to repair motors.
The remarkable mechanic said: "As long as my tools are in the right place and no screws drop to the ground I get along alone very well."
Collewijn, who has worked in a garage in Nuis, Holland, for 30 years, said: "I do everything by trusting my senses and my hearing.
"And I have one big advantage over other mechanics - I can repair cars in the dark."
.
Posted by The Man at 2/20/2009 No comments:

Man's penis injured in grinder accident
A man whose penis met an ill fate with a grinder in Brisbane's north this afternoon has been rushed to hospital.
It is understood the 23-year-old was working in Northgate when he was injured just after 2pm.
A Department of Emergency Services spokeswoman could not identify the type of grinder that had injured the man or detail how he came in contact with the device.
Although the extent of his injuries is not known, paramedics who treated the man at the scene were able to stem the bleeding.
He was transported to the Royal Brisbane Hospital.
.
Tattoo Jim said...
Note to self... avoid making love to meat grinder... dumbass!
.
Girl Turns in Mother for Smoking Pot
A 15-year-old Waverly girl has turned in her mom for allegedly smoking marijuana in front of her.
The 32-year-old woman was cited on suspicion of child abuse and marijuana possession.
The daughter called the Lancaster County Sheriff's Office, and authorities executed a search warrant of her mother's home on Wednesday.
The girl told authorities where they could find the woman's drug paraphernalia and marijuana. One gram of pot was found.
The woman has two other children living in the home.
.
Woman OK After Bullet Ends Up in Her Hair
Other than having a bit of a headache, a Kansas City woman was uninjured after a bullet fired at her ended up tangled in her hair weave. Police said the 20-year-old woman was in a convenience store parking lot late Wednesday when a man flagged her down and told her that her ex-boyfriend still loved her.
She replied, "Well I don’t love him," then heard gunshots. She said she looked behind the vehicle and saw her ex-boyfriend firing a handgun at her. She stomped her accelerator and fled, then turned into another parking lot and called police.
She told officers she recently had ended an eight-month relationship with the suspect.
Police arrested the ex-boyfriend and his friend in a car.
.
Posted by The Man at 2/20/2009 1 comment: 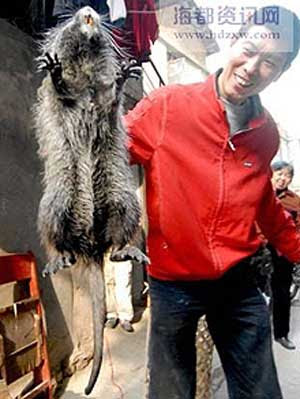 A giant rat with one-inch-long teeth has been caught in the southern Chinese province of Fujian.
The rat, which weighed six pounds and had a 12-inch tail, was caught at the weekend in a residential area of Fuzhou, a city of six million people on China's south coast.
The ratcatcher, who was only named as Mr Xian, said he swooped for the rodent after seeing a big crowd of people surrounding it on the street.
He told local Chinese newspapers that he thought the rat might be a valuable specimen, or a rare species, and had to muster up his courage before grabbing its tail and picking it up by the scruff of its neck.
"I did it, I caught a rat the size of a cat!" he shouted out afterwards, according to the reports. Mr Xian is believed to still be in possession of the animal, after stuffing into a bag and departing the scene.
.
.
Anonymous said...
NOW THIS is something that would make a good start on a pair of slippers...
.
For all you CREEPY PEOPLE
.
Tattoo Jim said...
And it taste's just like chicken!!!
.
But it needs some garlic
.
Dan said...
Why is it the first thing that popped into my head reading this was a movie quote...
"Rodents Of Unusual Size? I don't think they exist."...:D
.
Posted by The Man at 2/20/2009 1 comment: 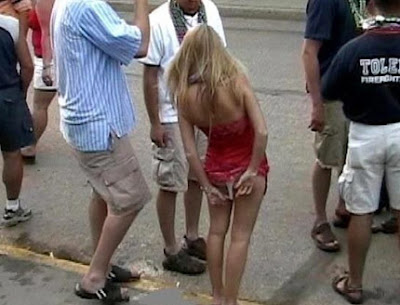 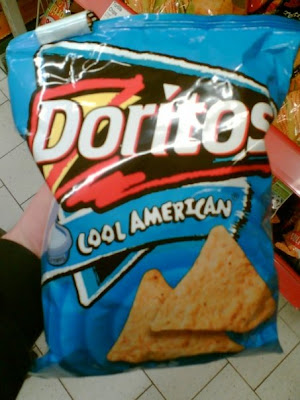 Northwest is now serving penises on it's domestic flights.
Georgia is Number One Penis Producer in America.
.
.
Posted by The Man at 2/20/2009 1 comment: