What In The Hell Do They Do For Fun? 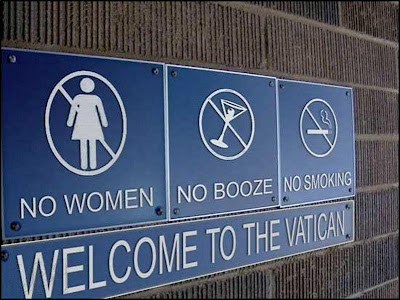 Could this be the reason why they abuse all those young boys.
They just a bunch of "Gay Men."
Posted by The Man at 10/18/2008 No comments:

A brazen kitty chased a bird into a tree, then turned into a scaredy cat and wouldn't come down — for five whole days until it was shot down with a fire hose
Posted by The Man at 10/18/2008 No comments:

A TV show ties a fake deer to the hood of a car and makes it talk to people who walk by.
YWLYAO
Posted by The Man at 10/18/2008 No comments: 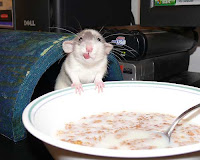 Man gets community work for cruelty to mouse
Lindsay Rowles, 54, appeared at the North Shore District Court on Friday facing charges of cruelty to an animal and offensive behaviour relating to the incident as well as unrelated drink-driving, drug and disorderly behaviour charges.
Justice Barbara Morris sentenced Rowles to 180 hours' community work, 12 months' supervision and to undergo drug and alcohol counselling. He has also been disqualified from driving for 12 months.
A woman carrying her son's pet mouse, Nibbles, in her blouse. She walked across the road to Rowles' home to see his wife when he noticed the mouse.
He pulled the mouse by its tail from the woman's top before lowering it into his mouth.
The mouse wriggled as Rowles closed his mouth, pretending to eat it while the distraught victim and his wife pleaded he take the mouse out.
He flicked the saliva-covered and motionless Nibbles back into the victim's hand.

.
Angry man smashes store over crack costs
The soaring cost of living has had severe consequences for many people in these economically troubled times. Among them is a Florida man identified as Gus Young Jr. accused of smashing up a grocery store in protest at the rising price of crack cocaine.
When police turned up to arrest him, they say he smelled of alcohol, and was 'challenging people to fight.' He claimed he was angry about the fact that a rock of crack now cost twenty dollars, instead of ten.
.
Man arrested for impersonating cop
Rule No. 1 of impersonating a police officer: Don’t pull over your neighbor.
Police say 21-year-old Vincent Mercaldo III of Marietta used his black 2000 Volvo and a blue strobe light to make a traffic stop around 11 p.m. To his surprise, it was his neighbor from across the street.
Chad Wilson said Mercaldo pulled up behind him thinking he had been stopped by a police officer. As Mercaldo, exited his car wearing plain clothes, Wilson immediately began questioning him.
Mercaldo told Wilson he was a federal officer and had the right to make traffic stops. Wilson said he was told that he was going a little fast and had a tail light out.
"He said he wasn’t going to write any tickets, but was just warning people," Wilson said.
Wilson, 20, said his neighbor’s story didn’t sound right.
"Ever since I’ve known him, he has always tried to pretend he was someone he wasn’t."
Picture and More
.
Iran makes almost one mile long ostrich sandwich
Cooks in Iran have tried to assemble the world's largest ostrich sandwich at a food festival in Tehran, as part of a bid to promote healthy eating.
The organizers want to promote Iran's fledgling ostrich farming business.
About 1,500 cooks used 1,000kg (2,200lbs) of ostrich meat to make the 1,500m (4,920ft) long sandwich.
It took two days to prepare the sandwich, and a huge measuring tape ran the length of the table on which it was sitting.
.
.
.
.
Posted by The Man at 10/18/2008 No comments: 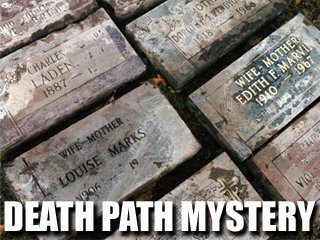 ANN ARBOR, Mich. — A worker made an eerie discovery: a walkway made from face-down grave markers inscribed with names and biographical details.
Brian Darwin pulled nine of the about 60 granite pavers out of the ground
When he flipped one of the 100-pound slabs over a day later, he was stunned.
An inscription read: "Beloved Wife, Mother Viola T. Bagnasco, 1901-1969."
Caryl Arnet, owner of monument maker Arnet's Inc., says "It's a great material." Similar 6-inch-thick slabs currently start at $445. Arnet said she recently had someone come see her who was looking for cast-off granite for a garden wall.
The years of death on the stones are from the 1960s. Current homeowner David Barsan recently bought the 1941 colonial, and he said he's not sure whether he wants to keep the walkway's stones.
Posted by The Man at 10/18/2008 No comments:

Don't mess with me

Why you should never mess with a piss off girl.

Cheap Halloween mask scares the hell out of a cop
Posted by The Man at 10/18/2008 No comments: