The Federal Aviation Administration and the union representing air traffic controllers are criticizing the conduct at a control tower at New York's John F. Kennedy Airport last month, when a child was apparently allowed to direct pilots.
.
.
Posted by The Man at 3/04/2010 1 comment: 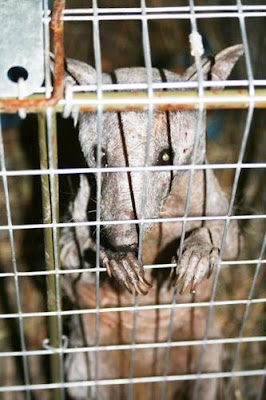 Workers lost their jobs for jaywalking 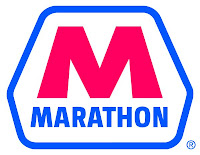 Some of the more than 40 workers in Detroit were given termination papers from a Detroit construction site said they were fired as a consequence of jaywalking.
The workers, who asked not to be identified, said they were contractors at the Marathon Oil Refinery site until bosses handed down termination notices for crossing a public street in front of the site without using the crosswalk,
"I was floored. I was in awe. I couldn't believe I got terminated over it," one worker said.
Marathon officials said the workers had recently been specifically instructed to use the crosswalk during a recent safety meeting.
"The workers were well aware of the need to follow the rules and procedures. Some, of reasons unknown, decided to take their lives in their own hands," spokeswoman Chris Fox said.
The company said the workers were suspended for 90 days, but the contractors said they were terminated and their papers specify they are "not eligible for rehire."
"It could possibly be a way to cut down the workforce and not want to pay unemployment. That would be the best way," one of the workers theorized.
.
Posted by The Man at 3/04/2010 No comments:

Man had a 21-day erection
A 55-year-old Kolkata businessman found out what it would perhaps be like to have an overdose of Viagra. The father of two, ended up with a prolonged erection that lasted for — hold your breath — a full 21 days.
The exasperated gentleman, who found the situation too much to handle, had not consumed the magic pill. His predicament resulted from a neurological disorder. It took an emergency surgery to relieve him but the man might have lost his ability to resume sexual activity, said doctors at the Wockhardt Hospitals.
The man had been suffering from a problem called priapism — triggered by a peripheral nervous system disorder.
.
Two men were accidently boiled to death
Two Russian men died after jumping into a pool that had accidentally been heated to boiling point, investigators and media said.
The two men jumped into the pool to cool down after sweating in a steam room.
A third man tried to save the victims but was unable to pull the men out of the boiling water.
The two men's bodies were discovered in the sauna in the city of Kirov in central Russia "their death was caused by overheating",
Saunas usually include a cold plunge pool.
.
'Smoking Killed Me' displayed on hearse
Funeral directors in Dover, England said they carried out the last wish of a British man who died from emphysema by placing signs on his hearse reading: "Smoking Killed Me."
Paul Sullivan of Sullivan and Sons Funeral Directors said Albert "Dick" Whittamore, who died at age 85, was buried Tuesday in Dover, England, after a procession through town with signs on the hearse bearing the longtime smoker's final message.
"Although he had reached the age of 85, he had been suffering for a while and wanted to do his bit to warn others about smoking," Sullivan said. "He specified that that's what he wanted in his will. We gave it some thought but after a while we decided that that's what he had requested."
"Dick had emphysema, which is a lung condition caused by smoking which results in people struggling for breath," a Quit spokesman said. "Dick is sending out a strong message to smokers as he doesn't want others to suffer."
.
45 pounds of pot delivered to wrong home
Police in Salisbury, North Carolina said a woman opened a package she believed to be her new computer and discovered 45 pounds of marijuana.
Lt. Rodney Harris, acting chief of the Salisbury Police Department, said Sarah Howell Leach believed the package she received Tuesday morning was the computer she ordered, but instead she found the stash of pot brought to the wrong address by a UPS driver.
Harris said the package, sent from McAllen, Texas, was meant for another address in Leach's mobile home park. He said officers set up surveillance at the apparently vacant address but the intended recipient did not show up to claim the package when it was left outside the door.
The acting chief said the marijuana had an estimated street value of $35,000.
Leach said a FedEx driver delivered her new computer later in the day.
.
A woman's head was cut off during freak lawnmower accident
The woman walking to work was killed during a freak accident after she was struck in the head by flying metal thrown up by a grass cutter, which left her decapitated.
The 42 year-old woman, who has not been named, is believed to have been struck by a 60cm piece of steel pipe, in what witnesses described as a “freak accident”.
The male tractor driver, an unnamed 48 year-old private contractor, is in hospital suffering shock.
.
Posted by The Man at 3/04/2010 No comments: 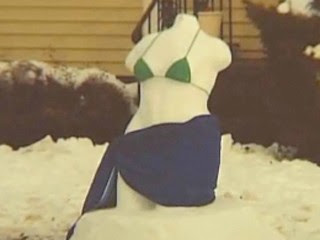 A Rahway, New Jersey family's nude snow woman got a frosty shoulder from at least one person.
Maria Conneran and her family sculpted Venus de Milo in last week's snow.
Her mother, Elisa Gonzalez, called it, "curvaceous, bodacious and booty-licious."
But Sgt. Dominick Sforza says police received an anonymous complaint.
Gonzalez says the officer was apologetic and appreciative of the sculpture's assets.
The officer asked the family to dress the snow woman.
The family added a green bikini top and a blue sarong bottom.
.
Posted by The Man at 3/04/2010 2 comments: 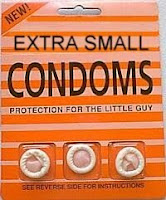 A leading condom manufacturer in Switzerland has created extra-small condoms for boys as young as 12 years old.
The condom, called the Hotshot, was produced after family planning groups and the Swiss AIDS Federation campaigned to have the condoms made following several studies that showed adolescent boys were not using proper protection when engaging in intercourse.
A standard condom has a diameter of 2 inches; the Hotshot's is 1.7 inches.
.
Posted by The Man at 3/04/2010 No comments: