Why you don't grab her boobs without permission.

He Likes What He Sees 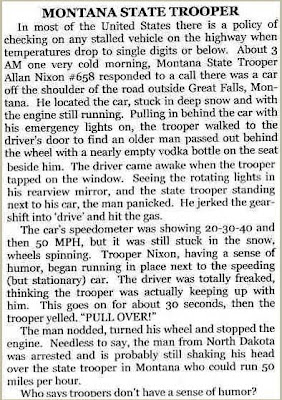 The 10 Most Unfortunately Named People 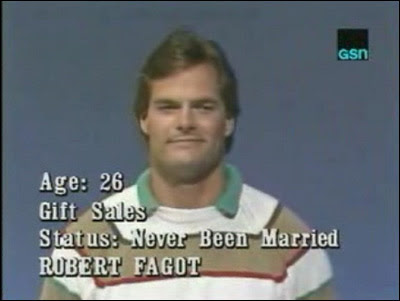 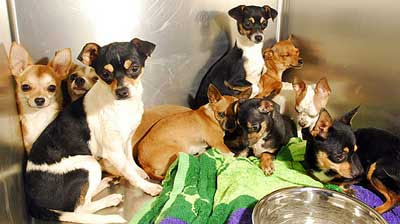 750 dogs seized on property - a 'puppy mill' in Avra Valley.
About 750 dogs have been seized from what officials called a "puppy mill" in Avra Valley that sold dogs for thousands of dollars.
Most of the small-breed dogs are Chihuahuas and some are very ill, said Jenny Rose, a spokeswoman for the Humane Society of Southern Arizona. Three were found dead in filthy conditions on the property, and some of the living dogs were missing paws.
The dogs were being breed and sold by a couple who live there, she said. Some of the teacup Chihuahuas were offered for sale on the Internet for prices up to $2,400 each...
When Pima County Sheriff's Department officers went to the property Monday, they found dogs in cages outside, and also found dogs inside the mobile home, said Sgt. James Ogden, a spokesman. There were also 36 exotic birds inside.
There's a news video on this page.
Posted by The Man at 3/14/2008 No comments:

How to tell if she's a hooker or a cop

Has his own "Police" car 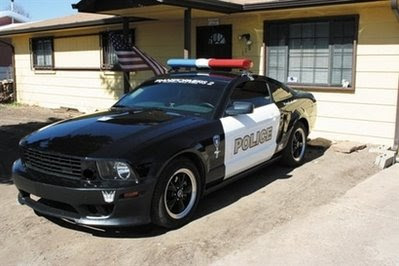 Jessie Vigil's vehicle is seen at his home in Las Vegas, N.M. in March 2007.
Vigil's black-and-white car sports a red-and-blue emergency bar across the top and the word 'police' painted on the doors.
Law enforcement agencies say what he's done with his car isn't illegal as long as he doesn't act like a police officer.

Two teens arrested after attempting to rob police station
PORT ST. LUCIE, Fla. (AP) - Two teenage boys are under arrest after they attempted to rob a police station. Port St. Lucie police say the two boys - ages 12 and 14 - walked into the lobby of a regional station Wednesday afternoon and demanded money from an aide behind the glass enclosure. Police say the 12-year-old hid one hand under his jacket as if he had a gun. Another aide ran into the back screaming for help. Within minutes, a half dozen officers, some with guns drawn, burst into the lobby and arrested the boys. Both are charged with attempted armed robbery. Police spokesman Rob Vega says the kids were laughing and remarked, "We'll be famous now."
.
Man Accused of Forcing Daughter, 7, to Kill Pet Cat
MUNCIE, Ind. — A man was jailed Thursday on charges he forced his 7-year-old daughter to kill the family cat by holding a knife in her hand and making her stab the pet.
Danield J. Collins, 39, told his children during a visit to his home on Sunday that he wanted them to "learn how to kill" and gave his 11-year-old son a knife to do it, according to an affidavit filed in the case.
The boy tried to save the cat by hiding it under a sofa bed and putting ketchup on a knife when Collins went to the bathroom. But when the father realized the cat was not dead, he forced his daughter to hold the knife and then held her hand tightly as he drove the knife into the animal, Muncie police Detective Jami Brown said.
Police said Collins stabbed and strangled the cat himself, and told his son to throw the dead pet in the trash. Officers retrieved the carcass to be used as evidence.
.
Mafia man too fat for jail released to house arrest
A court in Sicily has ruled that an accused Mafioso can be put under house arrest because he is too fat for any Italian jail.
Salvatore Ferranti, who weighs 210 kg (462 pounds), was allowed to go home after spending six months in four Italian prisons, his lawyer said.
Guards at the first two prisons said they constantly needed to help Ferranti, 36, get dressed and undressed, move about and go to the bathroom. Guards at other prisons said there was no bed big enough for him, that he could not get through the bathroom door, and that they would be at a loss if he had to be taken to a hospital in an emergency.
.
Airport children had cocaine tied to legs
Two Mexican children were being taken into the care of social services last night after they were intercepted at Heathrow with 15 kilograms of cocaine strapped to their legs.
A Mexican woman, believed to be their mother, who was stopped with the 11-year-old girl and 13-year-old boy, was being questioned by Customs officers about the drugs haul, estimated to have a street value of £675,000.
.
Bear convicted for theft of honey
The taste of honey was just too tempting for a bear in Macedonia, which repeatedly raided a beekeeper's hives.
Now it has a criminal record after a court found it guilty of theft and criminal damage.
But there was an empty dock in the court in the city of Bitola and no handcuffed bear, which was convicted in its absence.
Because the animal had no owner and belonged to a protected species, the court ordered the state to pay for the damage to the hives - around $3,500 (£1,750; 2,238 euros).
The bear, meanwhile, remains at large - somewhere in Macedonia.
.
A burglar picked a wrong house
A burglar in Hungary climbed over a fence to rob a house only to be confronted by a sword-wielding Olympic fencing ace.
Virgine Ujlaky, 23, was practicing her swordplay when she saw Pal Nagy, 43, clambering in through a window of her house in a posh suburb of Budapest.
But within seconds and a few swift slashes of the sword the crook was pinned against the wall, with the blade against his throat as the swordswoman reached for the phone and called police.
They arrested the villain 20 minutes later, who had to be treated by paramedics for shock.
Ujlaky said: "I wasn't scared when I saw him. It was good practice as I have a competition coming up this week."
.
Emergency Rooms in America: A Deadly Prognosis
In a crowded Arizona emergency room, a 10-year old boy struggles to breathe. He is having an asthma attack. Within 15 minutes, he is dead.
Had he not been turned away from two children’s hospitals closer to his home, he might be alive.
However, those ERs were too full to take the boy.
“The boy might be alive today if he was treated at one of the children’s hospitals instead of the ambulance being diverted to my crowded emergency department 20 to 30 minutes away,” said a doctor who formerly worked in that emergency department, speaking on the condition of anonymity.
The practice of diverting ambulances from overcrowded emergency rooms has become widespread — and the delay in treatment can have fatal consequences.
Consider these overwhelming statistics:
Posted by The Man at 3/14/2008 No comments: