On the way to work this morning, I looked over to my left and there was a woman in a Cadillac doing 65 mph with her face up next to her rear view mirror putting on her eyeliner.

I looked away for a couple seconds and when I looked back she was halfway over in my lane, still working on that makeup.

As a man, I don't scare easily.

But she scared me so much; I dropped my electric shaver, which knocked the donut out of my other hand.

In all the confusion of trying to straighten out the car using my knees against the steering wheel, it knocked my cell phone away from my ear which fell into the coffee between my legs soaking my trousers, not to mention burning Big John and the Twins and ruined the damn phone
Posted by The Man at 2/10/2008 No comments: 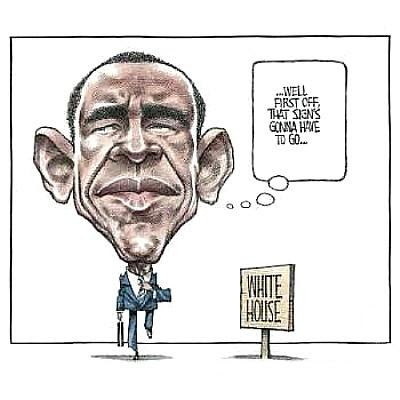 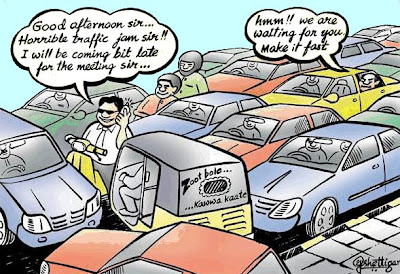 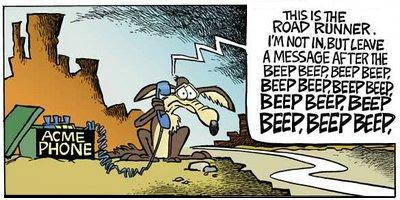 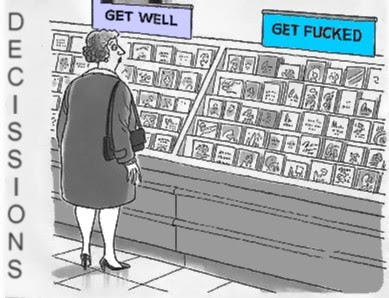 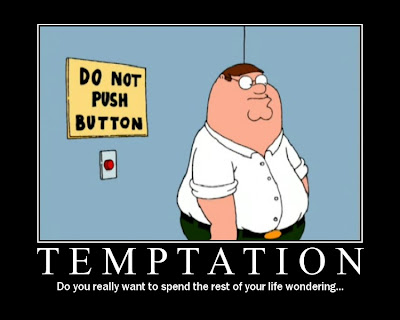 I have been wondering about this for a long time.

I HAVE JUST ONE
QUESTION... 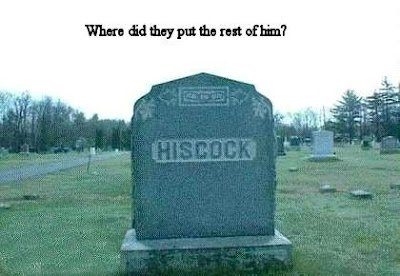 Leaping into the air, she looks like something from the funny farm.
But this curious creature is making scientists do a double-take.
Meet Lisa the geep... a cross between a goat and a sheep. 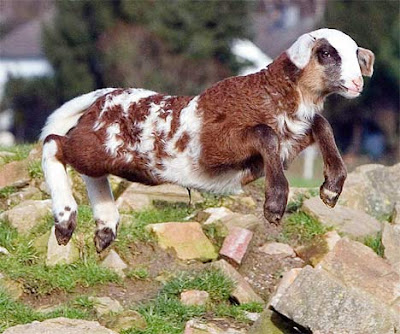 She was born after an unscheduled amorous encounter on the farm of Klaus Exsternbrink, in Schwerte, in northern Germany's Ruhr Valley.
One of his young billy goats leapt over a fence and had a passionate liaison with a ewe.
Posted by The Man at 2/10/2008 No comments:

New bride dies in her love's arms during their first dance 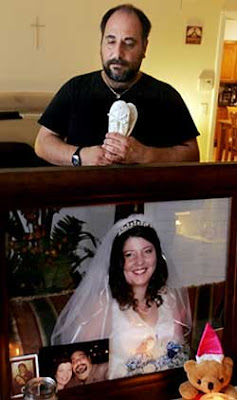 Kim Sjostrom wanted a real-life version of the film "My Big Fat Greek Wedding," which played in the background as friends fixed her hair and makeup before her own marriage ceremony.
But less than an hour after she and Teddy Efkarpides were wed, Sjostrom crumpled in her husband's arms during a Greek song that means "Love Me."At 36, Sjostrom was dead from heart disease.
Sjostrom carried blue and white flowers during the ceremony — the colors of the Greek flag — as she exchanged vows with Efkarpides, a 43-year-old carpenter and Navy veteran. They had met three years to the day before the Jan. 19 wedding.
During the couple's first dance, Sjostrom complained of being lightheaded. Efkarpides thought his wife, a diabetic, needed sugar, but she collapsed. Wedding guests, paramedics and doctors at a nearby hospital were unable to revive her.
Posted by The Man at 2/10/2008 No comments:

This is me alright I am to a point I can't hardly turn around in what I call my computer room. However there is an old fashion name for this "Pack Rat" you don't throw anything away because when you do you will need it. By the way this also applies to my computer.
.
Posted by The Man at 2/10/2008 No comments:

Bill and the Voodoo Doll

You Mean I Wasn't Supposed To Get 20's?
An employee of a Valparaiso Wal-Mart has been charged with theft for repeatedly making purchases to get change from a self-service cash register that was dispensing $20 bills instead of $1 bills. Police say 24-year-old Christopher Sheets made 10 purchases in 4 1/2 hours Tuesday morning and got about $600. Click Here To Read More

Drive-Thru Rage gets man arrested
SARASOTA - A man was arrested after he pulled a gun on a customer Friday in the Fruitville Road Burger King drive-thru.
30-year-old Justin Randolph apparently got mad because the car in front of him wasn't moving. The driver then pulled out of the drive-thru, parked and approached Randolph asking him if there was a problem. Deputies say that's when Randolph showed he had a gun on him.
No one was hurt. Randolph was charged with Aggravated Assault With A Firearm.
By the way, that driver in the drive-thru was the restaurant's manager.

Naked Woman Causes Stir In Sando
It took six people to restrain a naked woman on High Street, San Fernando, yesterday.
She was seen around midday walking the street and eventually stopped in front of Value Optical where she proceeded to lie outstretched on the pavement. Click Here To Read More

Woman Takes Plea Deal In Lousy Lawn Care
When 70-year-old Betty Perry was accused of neglecting her lawn, she became defiant.
Perry was arrested, handcuffed and briefly jailed in July for declining a ticket for failing to water her lawn. Click Here To Read More

Police called to couple's pillow fight
Police were called to a pillow fight between a husband and wife in Franklin, south of Auckland, New Zealand, last night. Senior sergeant Shawn Rutene, of Manukau police, said a distressed female called police at about 9pm saying her husband was hitting her with a pillow, and when their daughter, 14, tried to intervene she was pushed aside. No physical injuries were sustained in the attack, which has been classified as domestic violence. Police say investigations are continuing.

Armed police called to teen water fight
Armed officers stormed a village following reports of a firearms incident - only to discover children playing with a water pistol. Gloucestershire Police received a call from a member of public who reported seeing three youths with a firearm in Churchdown, near Gloucester. However, when they arrived on the scene it became evident that the "gun" was a water pistol. "It's often impossible to distinguish between real and replica guns, and members of the public who get a glimpse of a weapon will naturally call police with their concerns."

There is a cure for sleepless nights (For Some People)

Michigan Robber Asks For and Gets Length Prison Sentence
Posted by The Man at 2/10/2008 No comments: