Snapshot or should it be called Snotshot 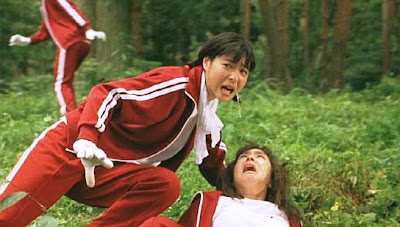 One day that moron will be taking a trip to the morgue.
.
.
.
.
Anonymous said...
Evidently he (or she) has real life confused with a video game.
Wait until he finds out that he hasn't been accumulating points and doesn't get a "new game" when he leans over his motorcycle and skids into a guard rail!
Posted by The Man at 6/17/2008 1 comment:

He's going to feel that when he wakes up 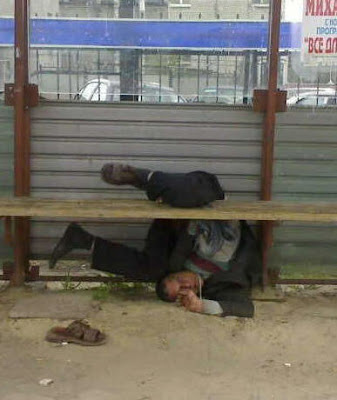 Give me a Kiss 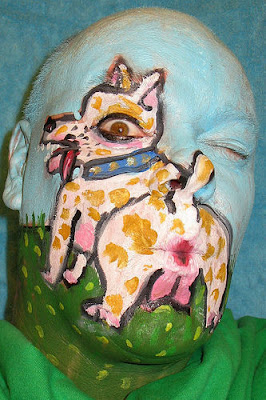 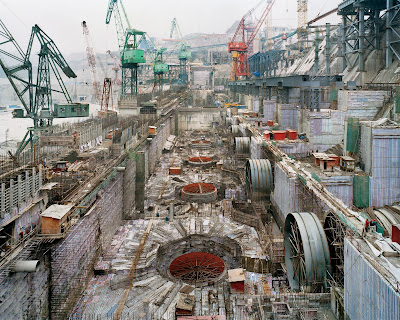 Village re-elects dead mayor
The residents of a Romanian village knowingly voted in a dead man as their mayor in Sunday's municipal election, preferring him to his living opponent.
Neculai Ivascu, 57, who ran the village for almost two decades, died from liver disease just after voting began -- but still won the election by a margin of 23 votes.
A local official said the authorities decided to keep the poll open in case Ivascu's opponent, Gheorghe Dobrescu, won, avoiding the need for a re-run.
"I know he died, but I don't want change," a pro-Ivascu villager told Romanian television.
In the end, election authorities gave the post to the runner-up, but some villagers and Ivascu's party, the powerful opposition Social Democrat Party (PSD), have called for a new vote.
.
Streaking to victory in topless match
Whether it has any bearing on Monday's crunch Euro 2008 match between the two countries is debatable but Austria drew first blood on Sunday when their topless women's soccer team beat Germany 10-5.
The traditional swapping of shirts afterwards was not an option as the six-a-side teams wore nothing but thongs, with the national colors painted on to their bare skin.
The ball may not have been of the highest quality but that did not temper the enthusiasm of a mostly male crowd boosted by a sizeable media presence only too happy to desert Euro 2008 training for an hour or two.
The match was organized by a chat room website.
.
Men nabbed with $372K say they just wanted bananas
SAN JOSE, Costa Rica (AP) - Two men caught with $372,000 in cash near the Costa Rica-Panama border told police that they just wanted to buy some bananas.
Police said the two appeared to be nervous after their car was stopped over the weekend. Officials searched the vehicle and found the cash in a briefcase.
Police commander Freddy Hernandez said in a statement Monday that the men told officials they were banana brokers.
But police are holding them on possible money laundering charges.
Bananas cost about $1.65 a pound in Costa Rica. That's about $1.00 more then what they go for in the U.S.
.
Colorado lottery to offer scratch-n-sniff games
When is a lottery scratch ticket not just a scratch ticket? When it's a scratch, and sniff, ticket. Starting Monday, the Colorado Lottery will begin selling $3 Scented Crossword tickets through lottery retailers statewide. They're available in three varieties: Crossword Bouquet, Chocolate Crossword and Coffee Crossword.
Lottery officials say the scents are activated when players scratch off the latex on the tickets' play area, since that area is covered in scented ink.
Colorado Lottery scratch product manager Todd Greco says the chocolate and floral crossword tickets will have a special appeal for female players, who make up a large percentage of the lottery's crossword game customers.
.
Woman oblivious to 'WTF' license plate
A computer trainer in Lafayette, N.C., says she was oblivious to the profane modern meaning of her license plate "WTF" until her grandchildren told her.
Mary Ann Hardee said she never thought there was a problem with her car's plates until her teenage grandchildren let her know the initials stand for "What The (Expletive)" among text message fans.
"Once it was revealed to me, I developed this real self-consciousness," the 60-year-old said.
The license plate was issued by the Department of Motor Vehicles as part of nearly 240 new letter combinations, but state officials apparently did not take the popularity of text messaging into account.
The Observer said in addition to questionable "WTF" plates, drivers may be hesitant to keep plates with "LOL" or "NME," which translate to "Laugh Out Loud" and "Enemy," respectively, in text messages.
The newspaper said Hardee was able to get new license plates after informing DMV officials of the issue.
Posted by The Man at 6/17/2008 No comments: