What is a CAPTCHA 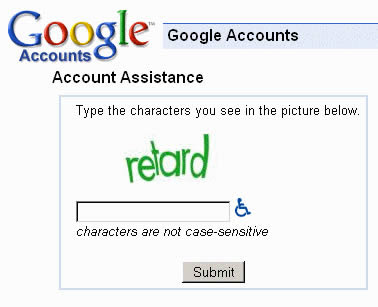 Did you ever had the feeling you were being insulted by a CAPTCHA?
You've seen them all around the web, CAPTCHAs are those distorted images of letters and numbers used to prevent the automated use of websites. They are supposedly random, but sometimes they seem to be "telling you" something; others are just plain ridiculous or humanly impossible to read. Here's two of the strangest, most bizarre tests against spam bots. 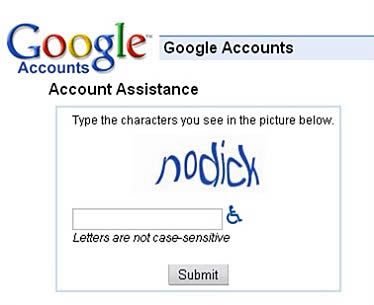 Bacon the Shape of a Egg 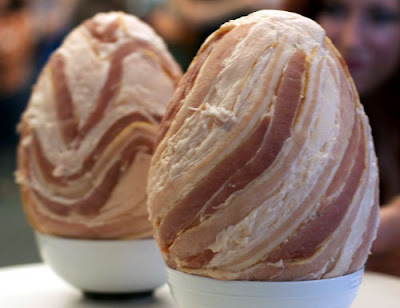 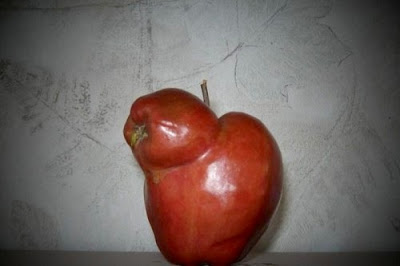 Mom had sex with boys to keep them away from her daughter
A 30-year-old Northern California woman has pleaded not guilty to charges that she had sex with three teenage boys.
Deborah Towe faces 11 felony counts, including unlawful sexual intercourse with a minor, oral copulation of a person under the age of 16, committing lewd acts upon a child and arranging a meeting with a minor for a lewd purpose.
The boys were 15 and 16 years old.
Police in Anderson, about 150 miles north of Sacramento, began investigating in April after two girls from a local middle school reported that a friend's mother was having sex with boys.
In a 48-page report released this week, Towe told police she was protecting her daughter by diverting the boys' attention to herself.
She denied the charges during an appearance Wednesday in Shasta County Superior Court. Towe remains jailed, with her bond set at $250,000.
.
Police Hunt Down and Tasered a Huge Cougar
Warren police in Warrwn, Michigan responded to a 911 call about a cougar on the prowl.
"It's huge; it's like a 150-pound cat," the caller told the operator.
About 10 officers arrived at Bates Park on 14 Mile Road east of Van Dyke and saw what looked like a big cat in an old cement drainpipe.
"And I went back behind there and shined a light there -- and it's in there," said the caller.
Warren police shot a Taser at the animal -- hitting what turned out to be a large toy cougar.
Police Commissioner William Dwyer said officials now believe the incident was a prank, but he said his department could not take any chances since it was near a playground.
"We did what we had to do. We want to keep the city safe," said Dwyer.
Dwyer said the prank cost the city more than $1,000 in wasted police hours between the response from 10 officers and the paperwork they had to file.
If the prankster is caught, he or she could have to pay the city back for the wasted police officers and could face 90 days probation.
.
British couple travels to Michigan for purr-fect cat
A black-and-white kitten named Sparky has captured the hearts of a British couple, who traveled nearly 4,000 miles across the Atlantic Ocean to central Michigan to adopt it. Rose and Chris Rasmussen were in Harrison on Tuesday to adopt the cat from the Clare County animal shelter, where the young cat has become a mascot of sorts since he arrived last August.
"Sparky likes to explore," Betty Beadle, a volunteer at the shelter, said. "He destroyed Christmas trees twice." The Rasmussens discovered Sparky on Petfinder.com, a pet adoption website.
They could have had him shipped to the London suburb where they live, but instead decided to make the journey to adopt their new pet.
"He took me here on the other side of the Atlantic," Rose Rasmussen said. "I thought they would say, 'You guys are completely mad".' Paperwork, a rabies vaccination, a six-month quarantine and other formalities followed before Sparky was cleared to depart for Britain.
Dave Gendregske, the animal control director for the county, said: "A lot of people would ask, 'Why come from England?' When people meet Sparky, find he has a dynamic personality, they fall in love with him."
.
Posted by The Man at 5/18/2009 No comments: 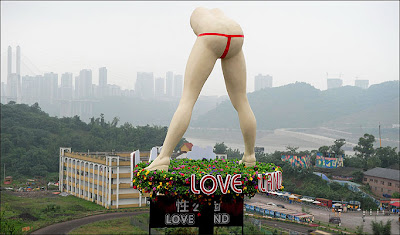 China's first sex theme park, aimed at improving both the sex education and the sex life of its visitors, has been torn down before it even opened.
The owners were "interested only in profiting from sensationalism," one official said.
Due to open in Chongqing in October, Love Land was to have included displays of giant genitalia, naked bodies and an exhibition on the history of sex.
The officials called the planned park "vulgar, ill-minded and misleading".
"Sex is a taboo subject in China but people really need to have more access to information about it," the park's manager, Lu Xiaoqing said before the park was demolished. "We are building the park for the good of the public. I have found that the majority of people support my idea, but I have to pay attention and not make the park look vulgar and nasty."
.
Posted by The Man at 5/18/2009 2 comments: 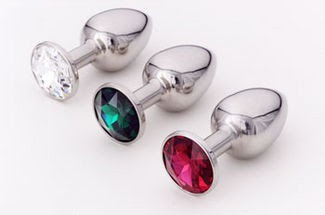 Freaky Foods
Why settle for a steak or chicken... When you can have Guinea Pig, Alligator or Raccoon?
Check out these funky goods, in particular other popular dishes served at
Kola's Food Factory in Riverview, MI.
.
Can Man
Things You Have to See to Believe:
This unusual man makes a fashion statement by recycling materials into clothes!
.
Posted by The Man at 5/18/2009 No comments: 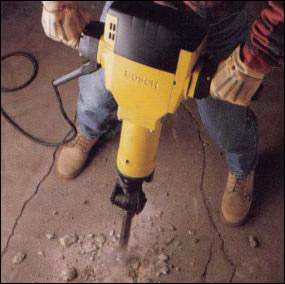 Sheriff’s investigators in Arndale, Oklahoma have closed the unsettling case of a 49-year-old female construction worker found dead in her driveway after a neighbor witnessed her using a high-powered jackhammer to pleasure herself.
After a two-day investigation in which officials initially suspected foul play–Shirley Dent’s death has now been ruled an accident "after severe internal distress induced by the machine was discovered," Det.-Sgt. Karl Sprout of the Alpara County Sheriff’s Office said yesterday.
A neighbor witnessed a naked Ms. Dent in her driveway "struggling to direct a jackhammer toward her mid-section." The alarmed neighbor notified police after hearing ear-splitting moans of distress that carried over the raucous jackhammer. Authorities arrived at the scene to an unresponsive Ms. Dent, who was then transported to West Grenier Hospital where she was pronounced dead shortly thereafter.
The recently divorced Ms. Dent had been questioned by authorities three times over the past month after neighbors complained of her running a prostitution ring from her home. Records also show that Ms. Dent supplemented her income as the sole proprietor of a sex toy distributor.
Ms. Dent’s alleged extracurricular activities appear to be unrelated to her death. A neighbor who declined to be identified said, "She was a horny lady, especially after her husband moved out. My family could hear moans coming from her place all the time."
.
Posted by The Man at 5/18/2009 No comments: