June 28, 2007
An Israeli criminal slipped away from house arrest by putting his electronic ankle monitor on his dog, police said on Thursday.
It wasn't until police came to take Nabil Farumi, convicted of attempted murder, to a sentencing hearing, that he was gone without a trace.
"After we searched the house we saw that he somehow managed to take the monitor off his leg and place it around he neck of his dog, who continued to walk around the house," said Yoram Danieli, a police commander in northern Israel.
Posted by The Man at 6/30/2007 No comments:

Labels: In The News, Using Your Brain

A Russian man is walking through a bazaar, when a stranger comes up to him and offers to sell him some illegal Viagra for 100 rubles.

"Listen, these pills cost $10 American each. How can you say they are not worth it?" 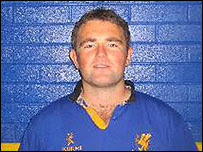 A caravan park owner collapsed and died after drinking several glasses of cocaine mixed with water over a six-hour period, an inquest has heard. Rodney Gray's widow Kathryn told Belfast Coroner's Court he had started putting the class A drug into his drink after complaining of a blocked nose. "He used to snort it. It was only recently he swallowed it," she said. Coroner John Leckey found that the cause of death of the Millisle father of three had been poisoning by cocaine.

(CBS) A train tore a tractor-trailer in two at a railroad crossing in a town northeast of Pittsburgh this morning; but amazingly, no one was injured in the accident.

The crash happened around 9a.m. EDT in O'Hara Township and the impact literally ripped the trailer from its cab, reports CBS station KDKA-TV in Pittsburgh.

Officials say the driver of the tractor-trailer was out of the vehicle and walking around at the scene after the accident.

"The trailer is laying here on the side - it was taken off right behind the cab of the tractor," O'Hara Township Police Superintendent James R. Farringer said. "There's considerable amount of damage that was done to the train to the front engines."
Posted by The Man at 6/30/2007 No comments:

Italian scientists have developed a pill that expands in the stomach to make dieters feel full. They liken the effect to eating a bowl of spaghetti and say the pill can stop hunger for a few hours. It is made from a hydrogel, which the team developed when trying to make more absorbent nappy linings, and may help in the battle against obesity. The tiny pill is powdery when dry but when swallowed with a glass of water turns to a jelly-like ball in the stomach.It is made from an organic compound called cellulose and can be flushed out by the body. The pill, which has yet to be named, is being tested in a further 90 overweight volunteers who will be monitored to see how much weight they lose and if there are any adverse effects.

Labels: FYI:, In The News, Interesting

Village dug out of mountain rock 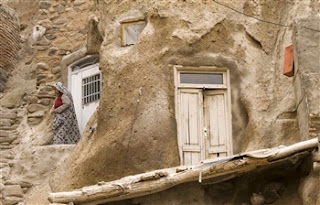 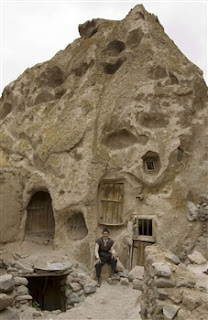