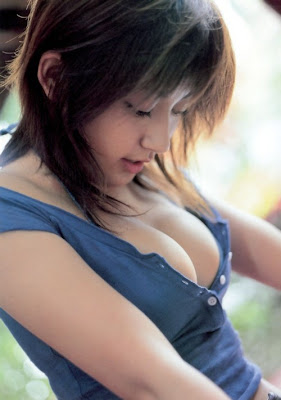 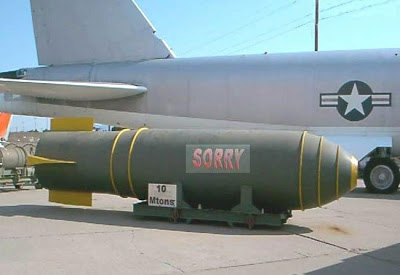 Do bears shit in the woods?

I Posted This Before But, It's Still Funnier Then Shit!
These guys put a train horn on their car and drive around scaring the crap out of people.
Some of the reactions are really funny.

Train Horn Scare Prank
.
.
Anonymous said...
I don't think it's funny at all; it's pretty dangerous actually. Me for instance, I have a problem with loud noises - ear damage stuff. If that happened to me, I'd personally track those guys down, put their mfing horn up their arses and blow the shit right there where the brain's supposed to be. But seriously; I'd try to beat the shit out of those guys if I got the chance to do so. Not funny...
.
The Man said...
What makes the difference between these pranksters or a real train.
These guys just did a short blast while a,
train makes multiple blasts and much longer.
.
Stewart said...
Agreed - those guys are not being not funny at all.
Funny is when both parties laugh (e.g. a joke).
When the laughter is one way its just another form of bullying imo.
.
The Man said...
I'll take it that neither one of you live by or go by railroad tracks.
What about when someone sneaks up behind you and scare you by popping a balloon? If no one gets hurt then it is good clean fun.
Even if the victim didn't think it was funny.
But if someone gets hurt then it's not funny.
.
There are all kinds of loud noises in everyday life most of them we choose to ignore because we may know about it.
Posted by The Man at 6/22/2008 3 comments:

Drink up to 24 ounces in less than two seconds.
The Bierstick is crafted from high-quality FDA approved materials. Its durable, compact design makes it very discreet — small enough to fit in a backpack. The friction-fit mouthpiece allows for easy filling and cleaning, leaving zero mess. If you think you can drink, you haven’t seen anything yet.
More information... Submitted video - NSFW
$19.95 + tax & shipping
Posted by The Man at 6/22/2008 No comments:

Thief Embarrasses Himself Trying To Steal Cash At SLC Store 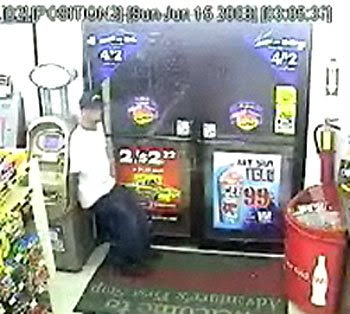 SOUTH SALT LAKE - A thief made a fool of himself last weekend on surveillance cameras while trying to steal cash from a Salt Lake area convenience store, authorities said.
The bandit entered the store early Sunday morning in South Salt Lake. From the beginning, officials say it was clear the man was after something more than just gasoline.
Authorities said a buddy or two distracted the store's clerk while the thief tried to open the till behind the counter. But it's locked, and the bandit was forced to look elsewhere for his loot. Moments later, security cameras captured the bandit as he moved over to the store's ATM. The man is seen trying to lift the machine off the ground, but clearly he finds that it's too heavy to move. "He tries to rock it loose... tries a couple grapple holds on the machine," said Gary Keller of the South Salt Lake Police Department. "I don't know what he was planning on doing if he did get ahold of this machine. He doesn't look like a bodybuilder by any means." At that point, police say the man leaves the store -- but not for long.
About 45 minutes later, the same man returns to the convenience store -- this time to purchase a drink. But when the clerk opens the cash register to make the transaction, the bandit quickly makes a grab at the drawer and takes some money. Although the bandit got away, authorities have a good look at him -- thanks to the store's surveillance cameras. "This guy is very identifiable... numerous tattoos on both arms," Keller said. Anyone with information in this larceny case is encouraged to contact the South Salt Lake Police Department. "Probably the most humorous part is when he squats down and tries to lift [the ATM] with his back," Keller added. "We don't get many of these."
VIDEO
Posted by The Man at 6/22/2008 No comments:

Bridegroom charged with wife's scuba-dive murder
Gabriel Watson was charged with murder yesterday for allegedly drowning his bride of 11 days on a scuba diving trip on the Great Barrier Reef during their honeymoon. Christina Mae Watson, 26, died while diving on a shipwreck near the northeastern Australian city of Townsville while her husband looked on.
Daniel Watson, 31, of Birmingham, Alabama, had claimed during police interviews that his wife had panicked a few minutes into the dive. He said that as she thrashed around in the water, she grabbed hold of his mask and pushed it off his face. He later described seeing her, with her eyes wide and arms stretched out towards him, sink into the deep.
Mr Watson was an experienced diver who had completed a diving rescue course and was acting as a "dive buddy" for his wife, who was a novice. Despite his training, he told police that he decided to go for help rather than attempt to rescue his wife. One of the leaders of the dive trip pulled Mrs Watson to the surface, but attempts to resuscitate her failed.
Gabe and Tina Watson on their engagement: he had asked for her life insurance to be increased, according to Tina’s parents
PICTURES and More.
.
Bra saves American hiker missing in Bavarian Alps
Rescue workers in the Bavarian Alps have saved an American hiker who had been missing for 70 hours in a dramatic helicopter operation after she sent a signal with her sports bra.
The unnamed 24-year-old woman from Colorado had hung her sports bra on a timber transport cable in the Berchtesgaden region near the Austrian border in hopes that someone would find her.
A worker on the timber transport discovered her sports bra hooked on the cable midday on Thursday, realized it probably belonged to the woman who had been reported missing on Monday, and immediately called the authorities. She was found just a few hours later as a helicopter circled the area and saw her waving from a 1,250-meter crag. Rescue workers staged a dramatic rescue, plucking her off the crag with a helicopter and taking her to a hospital in the valley below.
.
The Man Said...
Leave it up to a man to spot a "BRA"
.
Woman's Lawsuit Blames Wal-Mart for Premature Birth
HAGERSTOWN, Md. — A Hagerstown woman who filed suit against Wal-Mart is asking for damages for herself and her son, who, she says, was born prematurely after she fell in a store.
Radhia Haj-Mabrouk contends in the suit filed Tuesday in Washington County Circuit Court that she slipped on water on the floor in the Wal-Mart on Garden Groh Boulevard in August 2005, fell and was hurt.
Haj-Mabrouk was pregnant then and her son was delivered by emergency C-section later that day, the suit says. Haj-Mabrouk is seeking $1 million on her behalf and $2 million on behalf of her son, Lofti Haj-Mabrouk, according to the lawsuit.
A Wal-Mart spokeswoman said Friday that Wal-Mart had not yet been served with the lawsuit.
Posted by The Man at 6/22/2008 No comments: