A Canadian deadbeat dad is suing the mother of his child, saying he refuses to pay child support because he was asleep when the child was conceived.
The man, who was not identified, said he was visiting the mother in late 2006 when he fell asleep, waking later to find her having sexual intercourse with him. He claimed he ordered her to stop, but she wouldn’t.
He is suing for damages related to mental distress and anxiety in addition to all child support expenses paid and payable by him.
Posted by The Man at 10/08/2008 No comments: 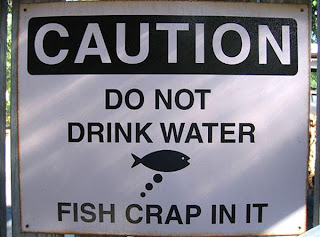 I Do It All The Time 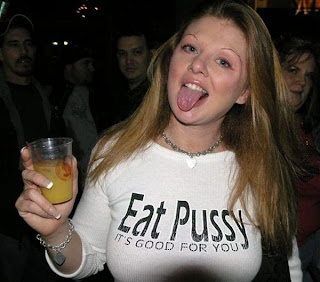 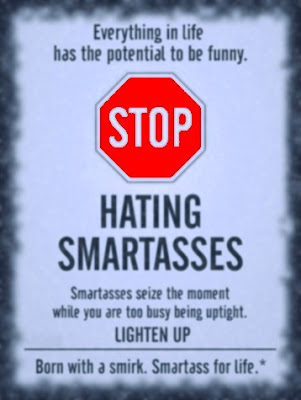 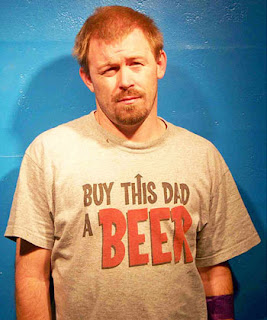 A 10-year-old boy was driving up to 90 mph when he crashed a van carrying two adults who had been drinking and taking pills and two other children, Tennessee sheriff's deputies said.
Inside the crashed van, police said one of the passengers, 38-year-old Paula Elaine Evans, was trying to swallow as many pills as she could. A man, 43-year-old Randy Lewis, who was wearing a shirt that read "Buy This Dad a Beer," told police he had drank at least 15 beers.
The sheriff's office said Lewis acknowledged drinking liquor besides the beers.
The young driver lost control Sunday of the speeding van, which rolled, coming to rest on its top. Everyone in the van was taken to a hospital with minor injuries.
The children were related to the adults, but authorities did not specify how.
Lewis was charged with seven violations, including third offense DUI and felony reckless endangerment. People can be charged with DUI in Tennessee if they own the vehicle, even if they are not driving. Evans faces charges that include aggravated child abuse or neglect. 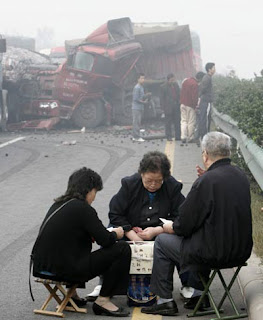 .
.
.
Three road crash victims in China were captured on camera playing cards in the midst of a chaotic accident scene.
More than 20 vehicles were involved in the pile-up on a motorway in Luoyang, Henan province, which caused three deaths, two critical injuries and left dozens more hurt.
A journalist from China News Network arrived at the scene to find three people, an old couple and a middle-aged woman, sitting right in front of a wrecked truck and playing cards.
Posted by The Man at 10/08/2008 No comments:

Man goes for a nude swim in Imperial Palace moat
The 40-year-old man stripped naked and jumped into the moat, and it took over an hour and a half for police to capture him. As you can see from the video, he threw rocks at anyone who approached him in the water and clearly did not want to be apprehended.
It is not clear why the man went skinny dipping, but it may have had something to do with a group of foreign tourists that had been speaking to officers about a lost bag at a nearby police box at the same time the man prepared to make his jump into the moat.
.

.
.
Tattoo clue led police to thief
A car thief who had his name and date of birth tattooed on his neck was caught after CCTV images of him were used to track him down.
Aarron Evans, 21, pleaded guilty at Bristol Magistrates' Court to breaking into a covert capture car in the city.
The car had been left by Avon and Somerset Police officers with a covert camera concealed inside, which took pictures of Evans.
Evans, an illiterate man of no fixed address, was sentenced to seven months.
"We get such excellent images from these cameras that there is often, and never more so than in this case, no doubt who the criminal is."
.
.
.
Do you trust your doctor?
.
Woman Declared Dead, Still Breathing in Morgue
Judith Johnson went to the Beebe Medical Center in Lewes, Delaware for what she thought was a bad case of indigestion.
An hour after being admitted, the hospital told Johnson’s husband his wife was dead, Wilmington's News Journal reported Tuesday.
When someone at the morgue noticed Johnson’s "corpse" was still breathing, Louis Johnson learned his wife was very much alive.
Judith Johnson, 61, of Georgetown, Del., was actually having a heart attack when she arrived at the hospital in May 2007. Less than 45 minutes after she arrived, she went into cardiac arrest.
She was given "multiple medicines and synchronized shocks," according to emergency room records, which also indicate she was not given supplemental oxygen. The records also say she "never regained a pulse," and was declared dead at 8:34 p.m.
.
Doctors Remove Woman's Ovary, Fallopian Tube Instead of Appendix
A Swedish woman woke up from surgery and found that instead of having her appendix removed, surgeons instead took one of her ovaries and a Fallopian tube.
Although the incident occurred in October 2007, the county hospital in Sundsvall-Harnosand in Sweeden is just now reporting it to the National Board of Health and Welfare.
.
Man, 58, Dies of Cardiac Arrest After 19-Hour Emergency Room Wait
A 58-year-old man died of cardiac arrest after waiting 19 hours in the emergency room, the Dallas Morning News reported Monday.
Mike Herrera, who helped his family start a chain of restaurants, went to Parkland Memorial Hospital just after 5 p.m. on Friday, Sept. 19 complaining of a stabbing sensation in his stomach.
There were 164 people ahead of him. Another 180 new patients would walk through the ER doors during the next 19 hours.
A surveillance video obtained by the Dallas Morning News showed that Herrera continued to wait in a chair, until 9:26 a.m. Saturday, when a physician finally ordered laboratory tests and an x-ray.
When Herrera’s sister arrived after noon, he went into cardiac arrest. Medical staff worked for more than two hours on him, but by 2:48 p.m. he was pronounced dead.
.
Posted by The Man at 10/08/2008 No comments: