Enter at your own risk

Flunked both Spelling and Grammar 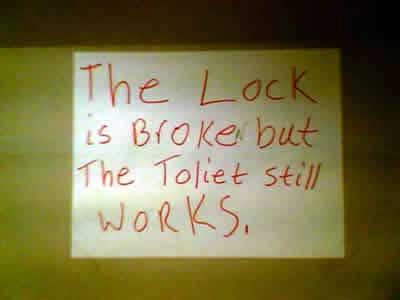 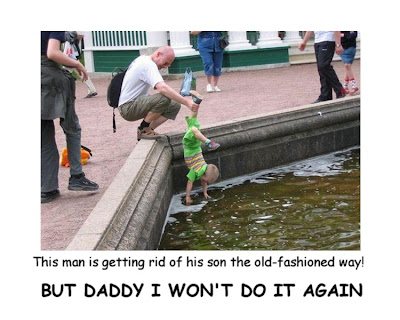 Why you need an education 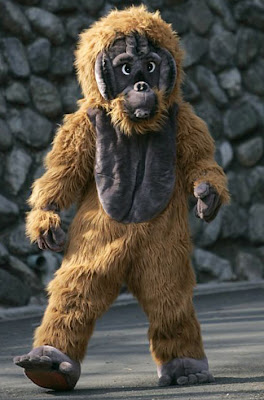 An unemployed guy got a new job at the zoo. They offered him to dress up in a gorilla's skin and pretend to be a gorilla so people will keep coming to the zoo.

On his first day on the job, the guy puts on the skin and goes into the cage. The people all cheer to see him. He starts really putting on a show, jumping around, beating his chest and roaring.

During one acrobatic attempt, though, he loses his balance and crashes through some safety netting, landing square in the middle of the lion cage! As he lies there stunned, the lion roars. He's terrified and starts screaming "Help, Help!"

The lion races over to him, places his paws on his chest and hisses, "Shut up or we'll both lose our jobs!" 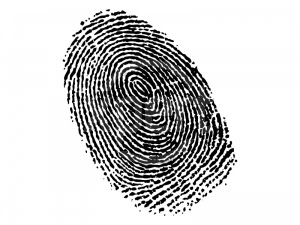 PETA has convinced the government to outlaw all types of meats.
So you are going to buy all your meat from dealers off the street.
Like this one! 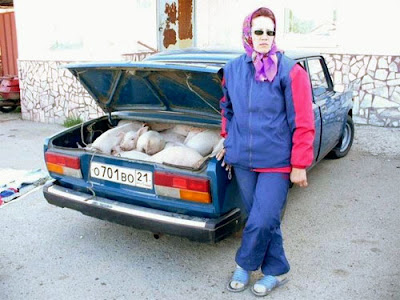 Check out the Blue Ball Machine it's an amazing crazy experience!
It is truly a moment you will remember.
The background sound is quite nice too!

Visitor To Lawmen: I Just Smoked Crack
A woman who came to the Sheriff's Office offering special information about drugs in the county was booked and jailed after she told investigators she smoked crack right before she came in the building.
Investigators say 30-year-old Kristen Paige Lowery "appeared to be under the influence of narcotics" when she came inside the Okaloosa County Multi-Agency Drug Task Force Office on Thursday.
Click Here To Read More

Snakes On A Bus!
This time, the snakes weren't on a plane - they were on a MutherF#$king bus.
Now, a 21-year-old man who police say picked up a package of venomous baby timber rattlesnakes at the post office and took it home on a city bus is facing charges.
Click Here To Read More

Solar Crosses Stolen From Cemetery
Police in Schuylkill County are looking for thieves who targeted a cemetery. They are asking people to keep a close watch on flea markets and the internet for stolen crosses.
Sky View Memorial Park near Tamaqua is the final resting place for thousands. Now family members will see an increased police presence because of a crime there.
Click Here To Read More
Posted by The Man at 11/05/2007 No comments: 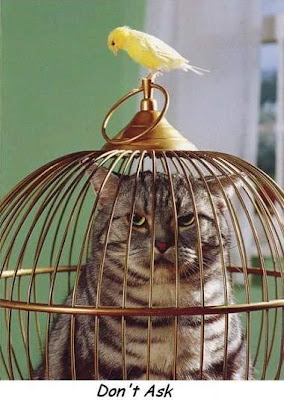 A truck driver, hauling a tractor-trailer load of computers, spots a good place to stop for a beer. As he approaches the bar, and sees a big sign on the door that says:

"NERDS NOT ALLOWED - ENTER AT YOUR OWN RISK!"

Thinking this is a bit strange, he enters and sits down.

The bartender comes over to him, sniffs, looks him over and says,
"You smell some kind of nerdy."

He then asks truck driver what he does for a living. The truck driver explains to him that he drives a truck, and the smell is just from the computers he is hauling. The bartender serves him a beer and says, "Ok, truck drivers aren't nerds."

As he is sipping his beer, a skinny guy walks in wearing a pair of glasses with tape around the middle, a pocket protector with twelve kinds of pens and pencils, and a belt that is at least a foot too long. The bartender, without saying a word, pulls out a shotgun and blows the guy away.

The truck driver asks him "Why did you do that?!"

The bartender replied, "Don't worry. The Nerds are in season because they are overpopulating this whole Silicon Valley. And hey, You don't even need a license!"

So the truck driver finishes his beer, gets back in his truck, and heads for the freeway.

Suddenly, he veers to avoid an accident, and the load shifts. The back door breaks open and computers spill out all over the road. He jumps out and sees a crowd already forming, snatching up all of the computers. The scavengers are comprised of engineers, accountants and programmers. Each of them wearing the nerdish clothes he has ever seen.

He can't let them steal his whole load! So, remembering what happened in the bar, he pulls out his gun and starts blasting away. Believing he is doing the right thing, the truck driver reloads his gun, ready to tag some more nerds. While preparing to shoot a bunch more of the little nerdy guys, a highway patrol officer comes zooming up and jumps out of his car screaming at him, "STOP!!! STOP!!!"

"What's wrong officer?" asks the truck driver, "I thought nerds were in season."

How it feels like getting in those damn foreign cars 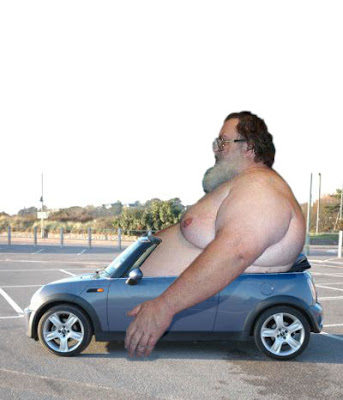 One night, a police officer was stalking out a particularly rowdy bar for possible violations of the driving under the influence laws.

At closing time, he saw a fellow stumble out of the bar, trip on the curb, and try his keys on five different cars before he found his. Then he sat in the front seat fumbling around with his keys for several minutes. Everyone left the bar and drove off.

Finally, he started his engine and began to pull away.

The police officer was waiting for him. He stopped the driver, read him his rights and administered the Breathalyzer test. The results showed a reading of 0.0. The puzzled officer demanded to know how that could be.