I stumbled upon this and realized how much fun you can have with it.
Weird Converter is like a currency converter, but for completely unrelated items.

Some interesting conversions:
1 male polar bear weighs as much as 9 Jennifer Anniston's.
1 NASCAR tire weighs as much as 368 human eyeballs.
The Golden Gate Bridge is as long as 12,600 human tongues.
384 cans of beer fit inside an average bathtub.
The Empire State Building is as high as 205 Shaquille O'Neal's.
Posted by The Man at 1/04/2008 No comments:

This has been making the rounds for a couple of years now.

You maybe going to Hell for laughing at this.
.
Why do videos like this always end at the moment of impact?
Am I the only one who wants to see if the cat walks away, runs away, or just lies there?
Posted by The Man at 1/04/2008 No comments:

Another day another idiot... There seems to be an endless supply.

Hmmmm why didn’t it fire? Let’s take a look inside! 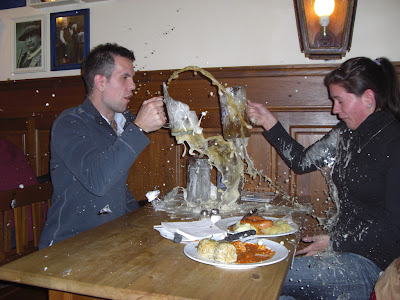 A sweet half pipe made to look like a basketball court 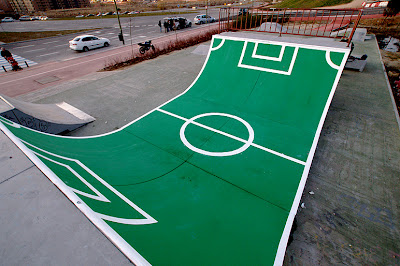 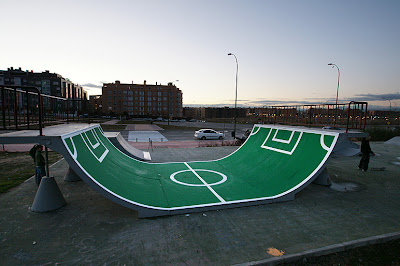 Girl gets punched in Vagina outside L.A. Night Club

A boyfriend gets tired of his girlfriend's crap so he decides to end the argument with a bullz eye punch to her vagina.
I don't think they're going to get back together anytime soon.
CHECK OUT THE COMMENTS
Kapow - Pussy Punch!
And much more.
Posted by The Man at 1/04/2008 4 comments: 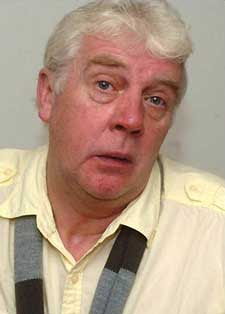 A divorcee has accused medics of infringing his human rights after they prescribed him just one Viagra tablet a week.George Fryer, 54, has a bend in his penis, which causes erection problems. The security guard says he is a “stallion” when on the drug and romping with girlfriend Janice Roberts, 39, in Stoke, Staffs. But he was heartbroken when he found NHS guidelines restricted him to four tablets a month. George – whose marriage broke up due to his problem – fumed: “This is a ban on my sex life.” A North Staffs Primary Care Trust spokesman said: “GPs would be expected to prescribe according to an individual’s clinical needs.”
.
. 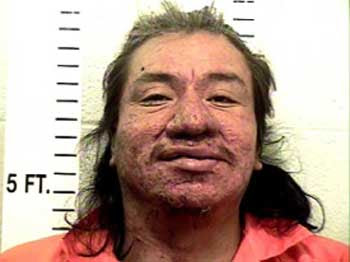 Man stabbed with pork chop bone during scuffle
An Oklahoma man was arrested after police say he stabbed another man in the neck with a pork chop bone during a food fight. Police in Ardmore, Oklahoma responded to call of a fight outside a local business New Year's day. When they arrived, they found the victim covered in blood with a puncture wound to his neck. Police arrested the suspect, 38-year-old Tony Willis a few blocks from the crime scene. According to authorities, Willis had blood on his clothes and they found the bone used in the attack. The victim was treated at a local hospital and released.
.
. 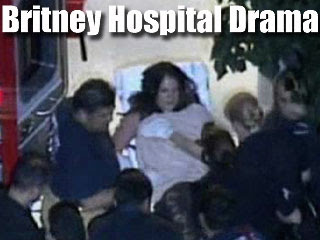 Britney Spears Hospitalized After Denying Kevin Federline Access to Children
LOS ANGELES — A child custody standoff between Britney Spears and employees of ex-husband Kevin Federline at her California home lasted three hours and ended with an intoxicated Spears releasing the children before she was carted away in an ambulance Thursday night.
• Click here to view photos.
3-Hour Custody Standoff at Britney Spears' Home Paramedics load intoxicated singer into an ambulance after showdown between her, K-Fed employees in L.A.


Man Who Complains To Police Ends Up In Jail
A Des Moines man called police several times to complain about relatives who were staying at his house. In the end he finally went to jail.
Police said William Foster, 64, was arrested on charges of simple assault on a police officer and false reports to law enforcement authorities.
Click Here To Read More

Man stabs barber over bad haircut
A man was detained for allegedly stabbing an Otay Mesa barber who had given him a haircut he considered unacceptable. Joshua Robert Schwartz, 20, allegedly attacked the 60-year-old shop owner shortly after 6 p.m. Wednesday as the victim was closing his Coronado Avenue business for the night, according to the San Diego Police Department. After slashing the barber twice in the face, the assailant ran off, SDPD Sgt. Rich Nemetz said. "The motive for the attack appears to be that the suspect was unhappy with a previous haircut," Nemetz said.
A witness followed Schwartz to the 900 block of Outer Road, where patrol officers took him into custody. Medics took the victim to a hospital for treatment of apparently non-life-threatening wounds. Schwartz, who was booked on suspicion of assault with a deadly weapon and held on $30,000 bail, is expected to be arraigned this afternoon.
Posted by The Man at 1/04/2008 No comments: