Dentist trades drugs for drugs
A Jacksonville dentist is in jail, accused of trading prescriptions for crack cocaine.
The investigation into Dr. Richard Verrette began in November when a detective with the Jacksonville Sheriff's Office began investigating several prescriptions.
Police said they were written to people who weren't patients at Verrette's office for such controlled substances as oxycodone and hydrocodone.
"He was using his drug pad, prescription pad, to write out prescriptions for OxyContin in exchange for crack cocaine," said Officer Mike McCall of the Jacksonville Sheriff's Office.
Police sent an undercover officer posing as a crack dealer to make a deal, according to a police report. The officer gave the dentist a baggie of fake crack cocaine in exchange for two prescriptions.
Verrette was arrested Monday after the transaction. Deputies found a crack pipe and a container with cocaine residue in his pockets.
.
Woman in Saudi Arabia sues hotel $1.3 mil over mosquito bites
.
Millionaire gives away fortune which made him miserable
.
Man shot dog repeatedly in testicles
.
Toledo strip club puts cover charge into quake relief
.
$1.6 billion in phony Treasury notes seized
.
Man robbed while buying crack with credit card
.
Posted by The Man at 2/10/2010 No comments:

Babysitter Used Drain Cleaner to Quite a Crying Toddler 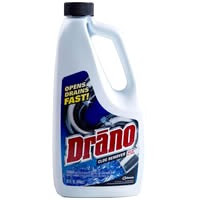 Drano is usually used to clear tough clogs in household drains.
But in the case of 20-month-old Suliaman Kirkland, it was used to kill, according to police.
Not even two years old, Kirkland was rushed to a Philadelphia children's hospital after his babysitter, Aaron Pace, doused a rag with the caustic substance and rubbed it onto his skin.
The drain cleaner was used as some sort of punishment, police say, because the boy had been uncooperative and was crying.
Pace, 33, has been charged with murder and related counts and remained in custody Monday.
Police say Pace, of North Philadelphia, was baby-sitting Kirkland.
Homicide Lt. Philip Riehl says relatives of the suspect discovered the child's injuries and called his mother.
The boy was rushed to St. Christopher's Hospital for Children in critical condition and died of his injuries Sunday.
.
Posted by The Man at 2/10/2010 No comments: 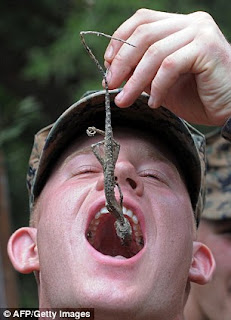 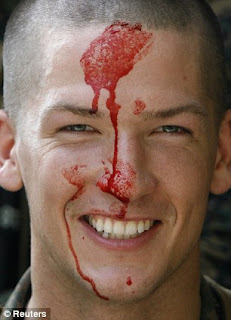 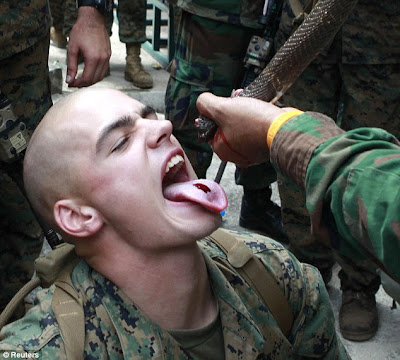 'Catch me if you can' escaper gets nine months on sentence 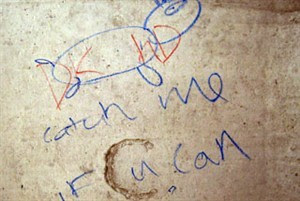 A career criminal say he broke out of prison because he feared he would not get parole and wanted to show authorities he was not a danger to the community.
Kevin Polwart, 49, who was eight years into a 16-year sentence for aggravated robbery, was recaptured last Thursday after ecaping from Auckland Prison at Paremoremo on December 16.
In North Shore District Court yesterday, Polwart pleaded guilty to escaping and had another nine months added to his sentence.
Polwart was jailed for 10 years in 2000 for robbing a security van and stealing $600,000. He escaped in 2001 for 41 days during which time he held up another security van.
He was sentenced to a further six years when recaptured.
In court yesterday his lawyer Michael Levett handed a letter from Polwart addressed to the New Zealand Herald, to Judge Barbara Morris.
In the letter, Polwart said he was afraid he would not get parole when he became eligible next year because of a change in the Parole Act 2002 which allows the Department of Corrections to apply to the Parole Board to keep a prisoner beyond their final release date.
.
Posted by The Man at 2/10/2010 No comments: