Must be how he lost his arm 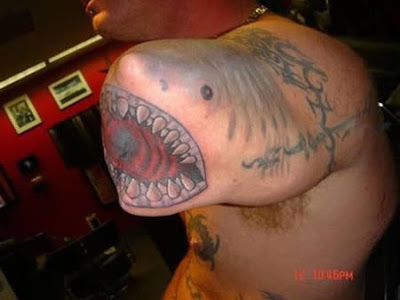 Enlarge
I edited this and got rid of the IDN 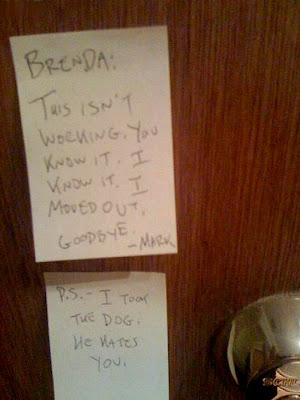 Crook fell asleep trying to pick the lock of a shopping center
An exhausted crook fell asleep while apparently trying to pick the lock of a shopping center after a "long night", police say.
The 35-year-old man was found snoozing outside a Perth shopping complex on Sunday with a lock-breaking wire still in his hand, police spokesman Samuel Dinnison said.
"It appears he fell asleep on the ground with the wire still in his hands and also in the door,'' he said.
Keys found on the man opened a car parked nearby which was filled with a large quantity of prescription drugs linked to the burglary of a pharmacy earlier.
"He obviously had a long night, whatever he was doing, and that got the better of him," Dinnison said.
Police said the man has been charged with driving without a license, burglary and attempted burglary.
.
Teacher Suspended For Assigning Story On Masturbation
A popular high school English teacher has been suspended after assigning his 11th-grade students a short story about masturbation by "Fight Club" author Chuck Palahniuk. The short story, "Guts" details three increasingly catastrophic masturbation attempts by teenagers with props including a carrot, a candle, and the water intake at the bottom of a swimming pool
.
Man Says Jesus Set Him Up For Drug Arrest
A Louisville, Kentucky man on home incarceration was arrested Friday after officers found materials that the suspect said belonged to Jesus.
According to arrest reports, police officers performed a home check on Craig A. Dunn, 52. At the home, the officers reported finding a tube of aluminum foil burnt on one end and a teaspoon with possible residue and burn marks on its underside.
According to arrest records, Dunn denied that the items were his and told officers that they may belong to Jesus, who was setting him up.
Dunn, who is under home incarceration for a parole violation, faces a charge of possession of drug paraphernalia.
.
Posted by The Man at 11/10/2009 1 comment:

Woman Drives Off With Tow Truck

In a Chinese zoo, two pandas escaped from the room.
One abstracted the keeper's attention and the other opened the door.
.
Posted by The Man at 11/10/2009 No comments:

Blonde Parking, How Did She Get Her License?

Just Wasn't Her Time Yet!