Sinkhole nearly swallows minister's car
http://news.yahoo.com/s/ap/20070816/ap_on_fe_st/odd_preacher_sinkhole;_ylt=AtvFZgR8Cau_209ifGt8nIwZ.3QA Wed Aug 15, 8:24 PM ET
Holy sinkhole! A minister says he prayed "Lord don't take me yet" when his car nosed into a sinkhole on Wednesday. The Reverend Ralph Massey, pulled into a parking lot to turn around when the ground gave way, with no warning.
The car came to rest with most of its front section in the hole, and the back end and both rear wheels elevated.
Massey, who wasn't injured, was able to scramble out of the hole, which ended up being about 12 feet wide and six feet deep.
Authorities are trying to determine what caused the sinkhole.
Three nabbed for adding maggots to supermarket meat
http://news.yahoo.com/s/nm/20070816/od_nm/dutch_maggots_dc;_ylt=An_DtjyCvBVpfGPmDg_NH96ek3QF Thu Aug 16, 9:20 AM ET
Three young men in the northern Dutch town of Damwoude were charged with damaging property after adding maggots to supermarket meat that was later sold to a customer, police said Thursday.
The shopkeeper found 40 maggots after the customer complained, and identified the men, aged between 18 and 21, on a surveillance tape as they put the insect larvae into packaged meat.
Only one package of the maggot-infested meat was sold, a police spokeswoman said.
The suspects told the police that they had played a prank with bait left over from fishing. The rest of the meat in the store was destroyed.

Chinese couple tried to name baby "@"
http://news.yahoo.com/s/nm/20070816/od_uk_nm/oukoe_uk_china_language;_ylt=ArI_hlYXvEqsDkOZKzYaUmkuQE4F Thu Aug 16, 3:04 AM ET
A Chinese couple tried to name their baby "@", claiming the character used in e-mail addresses echoed their love for the child, an official trying to whip the national language into line said on Thursday.
The unusual name stands out especially in Chinese, which has no alphabet and instead uses tens of thousands of multi-stroke characters to represent words.
"The whole world uses it to write e-mail, and translated into Chinese it means 'love him'," the father explained, according to the deputy chief of the State Language Commission Li Yuming.
While the "@" simple is familiar to Chinese e-mail users, they often use the English word "at" to sound it out -- which with a drawn out "T" sounds something like "ai ta", or "love him", to Mandarin speakers.
Posted by The Man at 8/16/2007 No comments:

How does that feel "BITCH?" 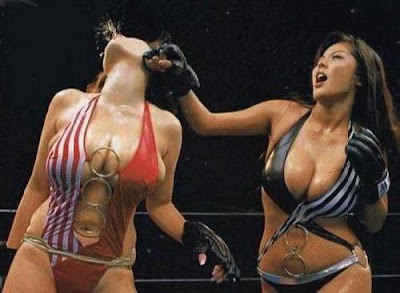 A judge was interviewing a woman regarding her pending divorce, and asked, "What are the grounds for your divorce?"
She replied, "About four acres and a nice little home in the middle of the property with a stream running by."

"No," he said, "I mean what is the foundation of this case?"
"It is made of concrete, brick and mortar,"she responded.

"I mean," he continued, "What are your relations like?"
"I have an aunt and uncle living here in town, and so do my husband's parents."

He said, "Do you have a real grudge?"
"No," she replied, "We have a two-car carport and have never really needed one."

"Please. . ." he tried again, "is there any infidelity in your marriage?"
"Yes, both my son and daughter have stereo sets. We don't necessarily like the music, but the answer to your question is yes."

"Ma'am, does your husband ever beat you up?"
"Yes," she responded, "about twice a week he gets up earlier than I do."

Finally, in frustration, the judge asked, "Lady, why do you want a divorce?"
"Oh, I don't want a divorce," she replied. "I've never wanted a divorce.
My husband does. He says he can't communicate with me!!”
Posted by The Man at 8/16/2007 No comments:

Signs that you've spent all summer in Amsterdam 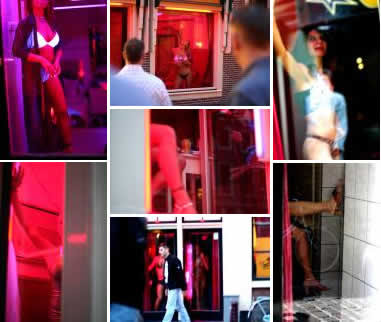 You received this letter from your Hotel 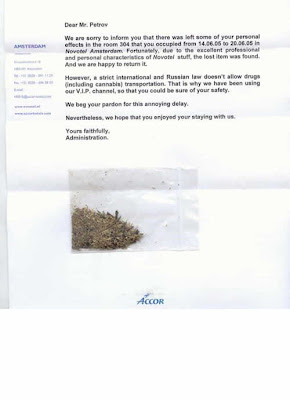 The menu at your favorite coffee shop looked like this 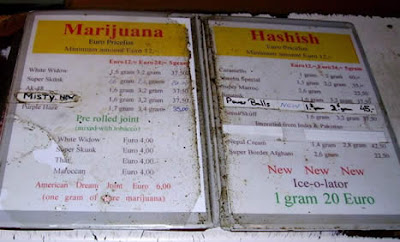 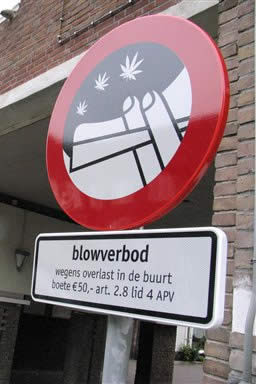 You aimed at a fly on Amsterdam's Airport Urinal 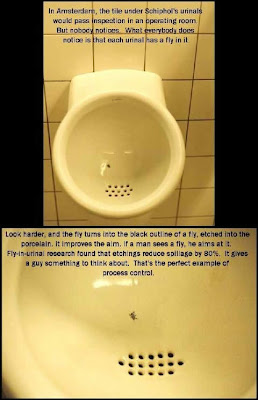 When You Don't Do Your Best 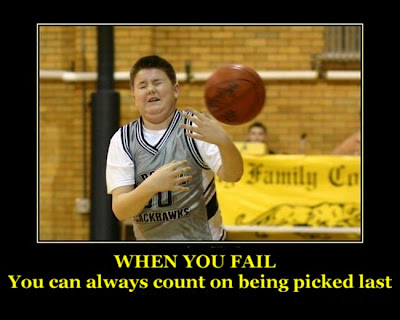 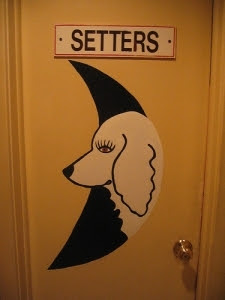 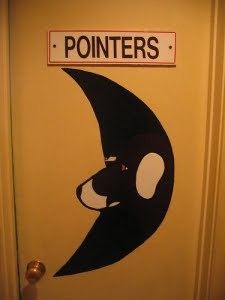 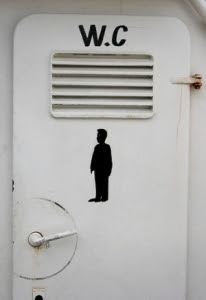 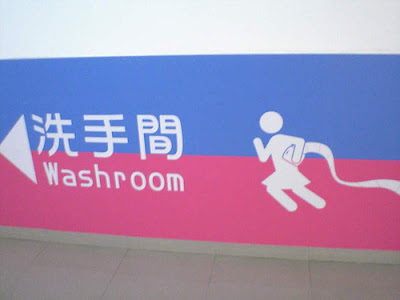 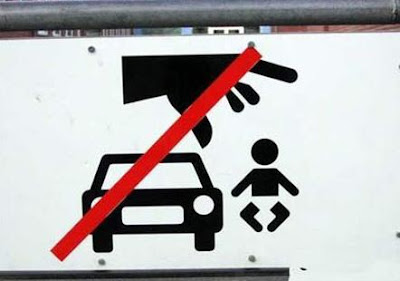 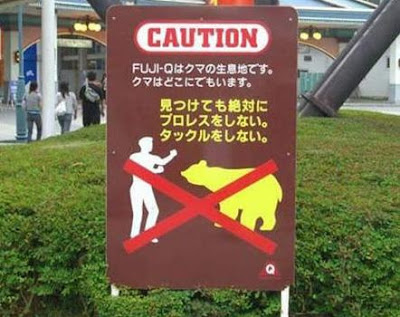 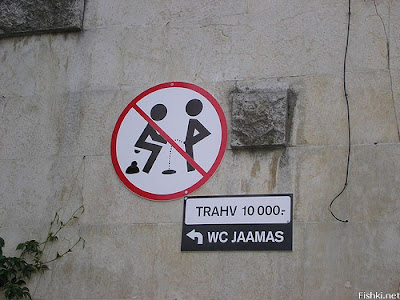 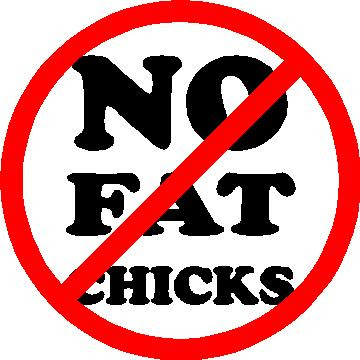 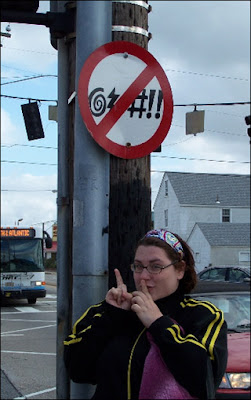 Making A Statement While Dressing For The Part #2 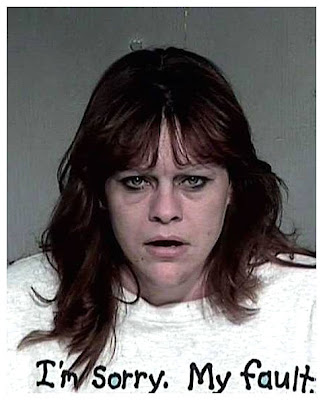 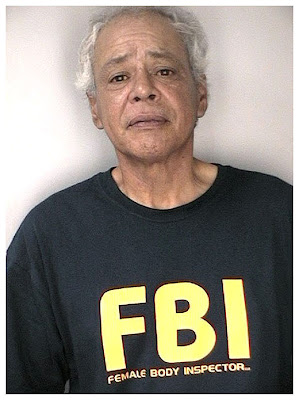 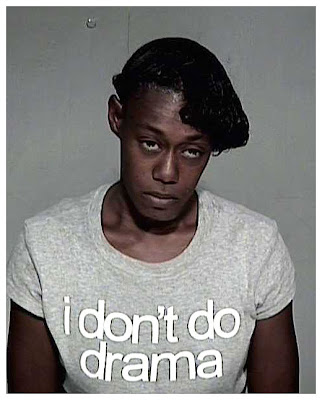 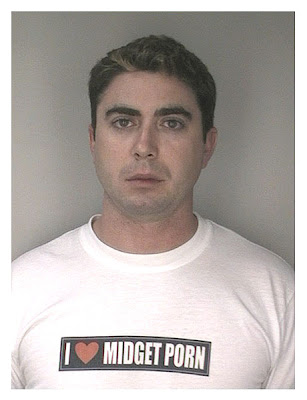 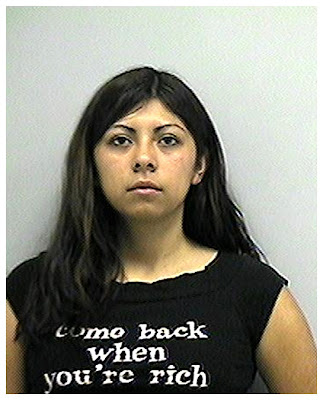 The worst way to die “Ever” 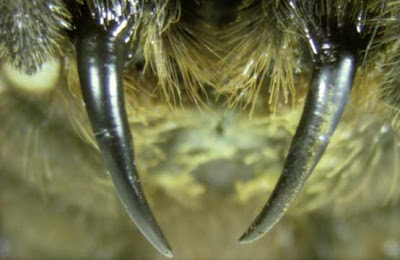 A man who lived with lizards and insects was fatally bitten by a pet black widow spider — then eaten by the other creepy-crawlies.
Police broke in to Mark Voegel’s apartment to find spider Bettina along with 200 others, several snakes, a gecko lizard called Helmut and several thousand termites had gorged on his body.
Neighbors alerted police after becoming alarmed by the stink.
The officers were met by a nightmare scene. A police spokesman said: “It was like a horror movie." His corpse was over the sofa. Giant webs draped him, spiders were all over him. They were coming out of his nose and his mouth. There was everything there one could imagine in the world of reptiles. Larger pieces of flesh torn off by the lizards were scooped up and taken back to the webs of tarantulas and other bird-eating spiders.
» Article here
Posted by The Man at 8/16/2007 No comments:

Labels: In The News, Just Weird, What a "Dumb Ass"

Be Afraid... Be Very Afraid! 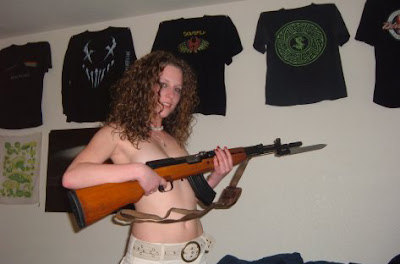 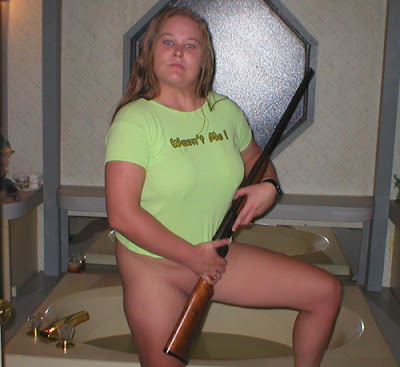