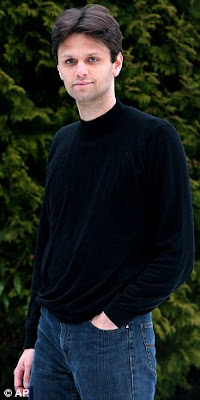 Man sues BA 'for treating men like perverts'
A businessman is suing British Airways over a policy that bans male passengers from sitting next to children they don't know - even if the child's parents are on the same flight.
Mirko Fischer has accused the airline of branding all men as potential sex offenders and says innocent travelers are being publicly humiliated.
In line with the policy, BA cabin crew patrol the aisles before take-off checking that youngsters traveling on their own or in a different row from their parents are not next to a male stranger.
If they find a man next to a child or teenager they will ask him to move to a different seat. The aircraft will not take off unless the passenger obeys.
Mr. Fischer, a 33-year-old hedge fund manager, became aware of the policy while he was flying from Gatwick with his wife Stephanie, 30.
His wife, who was six months pregnant, had booked a window seat which she thought would be more spacious. Mr. Fischer was in the middle seat between her and a 12-year-old boy.
Shortly after all passengers had sat down, having stowed their bags in the overhead lockers, a male steward asked Mr. Fischer to change his seat.
Mr. Fischer refused, explaining that his wife was pregnant, at which point the steward raised his voice, causing several passengers to turn round in alarm. He warned that the aircraft could not take off unless Mr. Fischer obeyed.
Mr. Fischer eventually moved seats but felt so humiliated by his treatment that he is taking the airline to court on the grounds of sex discrimination. He is paying all his own legal.
If he wins at the hearing next month at Slough County Court, BA will have to change its policy.
He has promised to donate any compensation to the NSPCC.
.
Illinois mom sends “Child Porn” to a soldier in Afghanistan
An Illinois National Guard soldier in Afghanistan has been charged by the U.S. Army with possessing child pornography over pictures of a young relative his mother says she sent him.
Terri Miller of Galesburg says she sent her son, Specialist Billy Miller, pictures of the little girl to help him get over his homesickness.
The pictures show the child in a swimsuit playing a wading pool and sitting on a truck. In one, the girl is wearing a swim suit and part of her buttocks are exposed.
The Army says Miller will stay in Afghanistan until his court martial. His unit came home last August. Miller faces jail time, if convicted.
Terri Miller says the pictures are innocent. She says her son is close to the girl.
“You have no clue how it eats me up", said a crying Terri Miller. "I blame myself every day, every day, if I wouldn't have sent the pictures he would be home."
.
Posted by The Man at 1/18/2010 2 comments:

Man drives into a parked fire truck
An Ocean City-Wright fire truck escaped damage Monday morning after being struck by a small car while parked at the scene of an emergency.
The truck was on Green Street with its flashers on and its emergency lights rotating at about 3:30 a.m. when the accident occurred. No one was injured.
"For no apparent reason, it looked like he was going very slowly and drove into our fire truck," said Battalion Chief Terry Klein. "Normal people would have gone around the vehicle."
He said the car ended up with the front of the car wedged under the truck's rear bumper.
The Florida Highway Patrol was called to investigate.
.
Driver with a deputy sheriff behind him runs a red light
A man sitting at a red light on Christmas Day turned left before the light changed, despite the fact that an Okaloosa County Sheriff's Office deputy was sitting behind him. The two were sitting at the light on U.S. Highway 98 and Matthew Blvd.
The deputy initiated a traffic stop and found the driver, 40-year-old Charles Jesse Johnson of Perry, in the back seat. He had jumped in there when the vehicle came to a stop, according to his arrest report.
The deputy checked the man's driving history and found out that his license had been revoked in June, and that he also had seven other suspensions and four other revocations.
He was charged with driving with a revoked license as a habitual traffic offender.
.
Man's name misspelled on fake credit card
A Chicago man who tried to use a fake credit card with his name misspelled by one letter has been sentenced to 27 months in prison.
Gregory Butler pleaded guilty this week in DuPage County Circuit Court to possessing a counterfeit credit card.
Butler, whose name was spelled "Buter" on the card, tried to buy more than $12,000 worth of gift cards and tools Nov. 9 from a Home Depot store in Naperville, Illinois.
Butler was arrested after a Home Depot employee recognized Butler as someone who had tried to use a phony credit card in the past.
.
Woman Sues Hotel after Husband's Death
San Fernando - The wife of a California man who died after a confrontation at a Hawaii resort has filed a lawsuit seeking unspecified damages.
Sabrina Medina of San Fernando, Calif. is suing over the July 6 death of her husband, 33-year-old Humberto Murillo.
Police say the scuffle began when Murillo allegedly took two 12-packs of beer without paying for them from an ABC Store in the Hyatt Regency Waikiki Resort and Spa.
Police say Murillo lost consciousness and died following a confrontation with the store manager and another tourist. The lawsuit seeks damages from the hotel, two of its security officers, the ABC store, its manager, the tourist and others for illegally causing Murillo's death.
.
Man busted as he helped a girl lower her pants
A man was nailed for drug possession after he went into the ladies restroom to undo his girlfriend's trousers so she would not ruin her new nail varnish.
Mark Turner, a jobless 23-year-old, of Lower Bank Road, Fulwood, Preston, pleaded guilty to illegal possession of cannabis.
Blackpool magistrates decided the 18 hours he had spent in custody would serve in lieu of a £65 fine and ordered the drugs to be destroyed.
Philip Turner, prosecuting, said a police officer became suspicious when he saw Turner and a woman go into the ladies public toilets at Blackpool's.
The prosecutor added: "The officer followed them and knocked on the cubicle door. The defendant said he was helping his girlfriend."
Turner was searched when he left the cubicle and two wraps of cannabis were found on him.
Stephen Duffy, defending, said Turner and his girlfriend were waiting for a bus home when she had to go to the toilet.
Mr. Duffy added: "She had just had her nails done and was apparently unable to unfasten her trousers herself without damaging her new nail polish, so he accompanied her to assist her.
.
Posted by The Man at 1/18/2010 No comments: 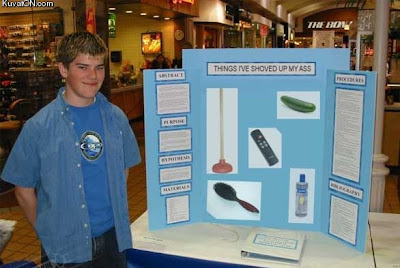 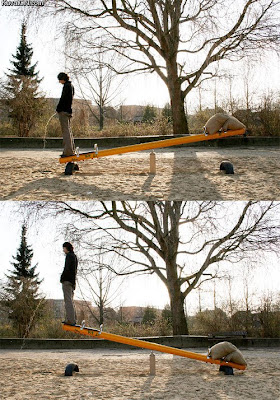 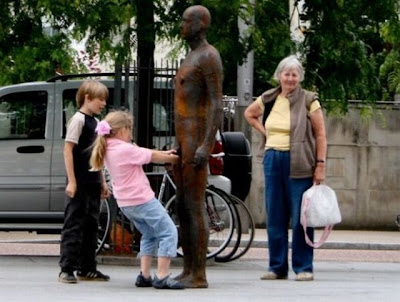 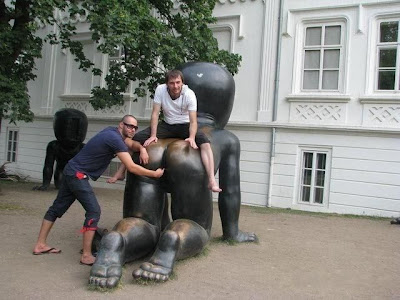 Are you ready to watch some football?

The average actual playing time of a 3 hour football game is a little over 10 minutes.
More replay action is shown than real football action.
.
.
Posted by The Man at 1/18/2010 No comments: