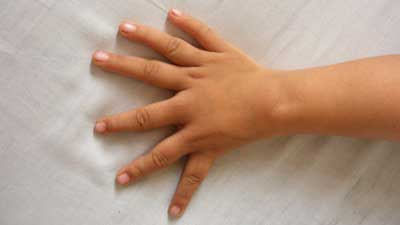 Doctors have operated on a Chinese girl who was born with six virtually identical fingers on her right hand and no thumb.
Four-year-old Xiao Qian, of Wuhan, eastern China's Hubei province, also has five fingers on her left hand.
Her parents took her to see doctors in Pu'ai Hospital who said they had never seen a hand like the little girl's before.
Although, six-fingered hands were not very rare, it was highly unusual for somebody to have six nearly identical fingers, they said.
Doctor Xin Danmo operated on Qian, removing her left-most finger and trying to thicken the second finger in a bid to turn it into a thumb.
He believes that the girl's abnormity was caused by radiation or chemical exposure to the mother during pregnancy.
.
Posted by The Man at 1/10/2010 No comments: 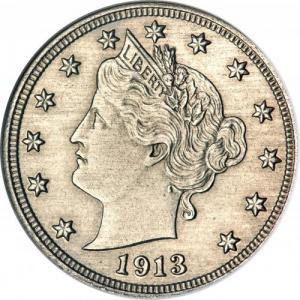 An extremely rare U.S. nickel that was featured in an episode of TV's "Hawaii Five-O" sold for more than $3.7 million in Florida, the auctioneers said.
Greg Rohan, president of Heritage Auctions, based in Dallas, said the 1913 Liberty Head nickel, one of only five of its kind known to still exist, sold for $3,737,500 Thursday at the Orlando Convention Center.
"It is probably the most famous United States rare coin because it was seen by tens of millions of viewers in an episode of 'Hawaii Five-O,'" Rohan said.
The names of the seller and the winning bidder were not disclosed. However, Rohan said a number of the worlds wealthy are among the previous owners of the coin.
"In the 1940's this coin was in the collection of the notorious King Farouk of Egypt who was deposed in 1952. In December 1973 it was prominently featured in an episode of the TV series, 'Hawaii Five-O,' entitled “The $100,000 Nickel.” Los Angeles Lakers owner, Dr. Jerry Buss, paid $200,000 for the coin in 1978, and it changed hands several times since then, crossing the million dollar mark in 2003. Now it sold for over $3.7 million in spirited bidding," Rohan said.
.
Posted by The Man at 1/10/2010 No comments:

Starving baby ate own feces
A Montville couple accused of starving two children. According to the arrest affidavit, the one year old baby was playing in its dirty diaper and ate its own feces.
John Berkery, 35, and Christine Berkery, 32, are both charged with two counts of risk of injury to a minor and cruelty to persons. The children, 14 and one year old, are not John Berkery's kids.
According to affidavit, when the baby "tried to reach for more Cheerios, Christine would smack her hand."
The teenager also told police that one day she found her little sister "playing in her poop and she had eaten some of it." When she told her mother "she just laughed."
.
“Where’s My Beef?”
A South Carolina man has been sentenced to 10 years in prison for stealing an $80 slab of meat. 51-year-old Mark Zachary of Orangeburg received the maximum sentence after jurors found him guilty on Wednesday of shoplifting. Prosecutors said the sentence was justified because the Aug. 26 theft from Reid's grocery store in Orangeburg was his ninth offence.
Authorities said when a store manager approached Zachary about the missing New York strip and the big bulk under his shirt; he fled, right into the arms of an off-duty police officer.
Zachary said he was ''massaging'' the meat, not stealing it.
.
Man steals noodles to return to prison
A man in Japan told police he stole a cup of noodles and didn't pay for a cab ride in what they say may have been a bid to get tossed back in prison.
Police said the 41-year-old man, whose identity was not provided, arrived at a police station in in Kashihara, Japan, Friday and asked to be arrested for stealing a cup of instant noodles, worth little more than $1.00.
Police said the suspect had been released from prison in December, and did not have a job or a place to live.
The man did not even have enough money on him to pay for his $86 taxi ride to the police station.
.
Neighbor's electronics may cause illness
A New Mexico man's lawsuit against his neighbor claims her refusal to switch off her cell phone makes him ill due to electromagnetic sensitivity.
Arthur Firstenberg filed a lawsuit Monday in Santa Fe District Court alleging neighbor Raphaela Monribot, whose house is only 25 feet from Firstenberg's, refused his requests to turn off her cell phone, wireless computer network and other electronic devices he said aggravate his electromagnetic sensitivity, or EMS.
The plaintiff "cannot stay in a hotel, because hotels and motels all employ Wi-Fi connections, which trigger a severe illness," lawyer Lindsay Lovejoy said in a request for a preliminary injunction. "If (Firstenberg) cannot obtain preliminary relief, he will be forced to continue to sleep in his car, enduring winter cold and discomfort, until this case can be heard."
.
Posted by The Man at 1/10/2010 No comments:

People flock to this annual festival to have a ball