No Need for Bathroom Breaks
.
Before 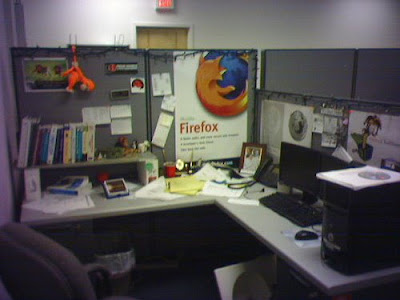 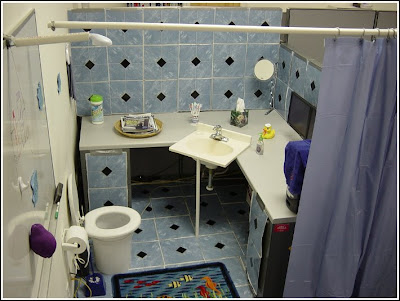 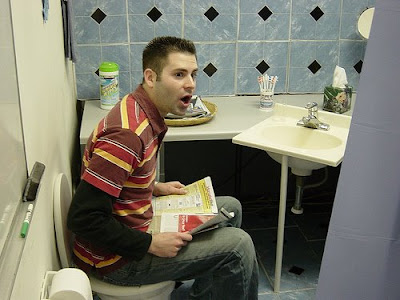 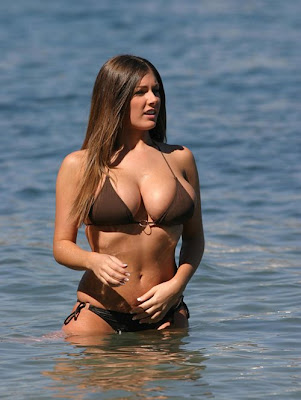 Cats or dogs? Definitely cats, I have 3.

Night in or night out? Night in, I'm not exactly rock n roll!

Spend or save? I think I've got a good mix of both.

Blonde or brunette? I've gotta say brunette all the way!

Heels or flats? Us girls love heels but flats are so much comfier, so flats!

Rock or Pop? Not really in to rock, I like soul and R&B music like Michael Jackson, Alexandra O'Neil, Toni Braxton, Mariah Carey.

Dress up or dress down? It's nice to make the effort when you go out but I'm definitely a jeans and t-shirt girl.

Summer or Winter? I feel happier when the sun is shining, and when I have a tan! Having said that, I do love Christmas.

Gym or takeaway? Takeaway, I've been to the gym 3 times and got very bored!

Coffee or Tea? I love a cup of tea.

Boxers or briefs? I like a man in boxers, not a fan of the y-fronts!

Thong or big pants? I prefer little hotpant like shorts, but wear thongs too.

Sunbathe or sightsee? I think a bit of both makes the best holiday, you want to come home with a tan but baking in the sun can get a bit tedious after a while.

She has a gallery that doesn't show it all but she is nude.

Is this the worst piece of airbrushing ever?

The 33-year-old appears to have lost her hips,
which now seem out of proportion with the rest of her full figure. 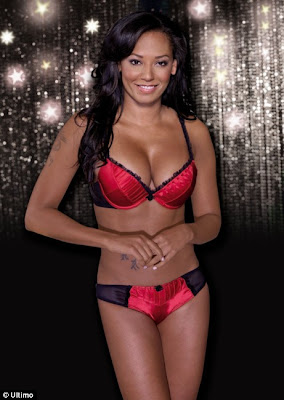 Mel B looks fabulous, but not natural, in her new photoshoot for
Ultimo (left) and as she is on the beach (right)
.
Posted by The Man at 12/02/2008 No comments: 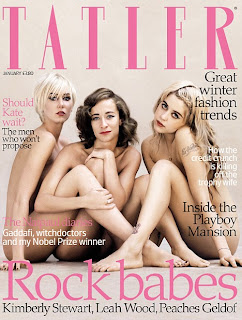 130,000 C-cup boobs lost at sea
More than 130,000 inflatable breasts have been lost at sea en route to Australia. Men's magazine Ralph was planning to include the boobs as a free gift with its January issue.
The cargo is worth about $200,000, which is another blow for publisher ACP's parent company PBL, which is already in $4.3 billion of debt.
A spokeswoman for Ralph said the container left docks in Beijing two weeks ago but turned up empty in Sydney this week.
The magazine has put out an alert to shipping authorities to see if they have the container, but if they don't turn up in the next 48 hours it will be too late for the next issue, she said.
Ralph editor Santi Pintado urged anyone who has any information to contact the magazine.
Unless Somali pirates have stolen them its difficult to explain where they are,'' Pintado said. If anyone finds any washed up on a beach, please let us know.''
.
Ugandan men warned of 'booby trap'
Kampala Uganda's police warned male bar-goers to keep their noses clean after a probe found a gang of robbers had been using women with chloroform smeared on their chests to knock their victims unconscious.
"They apply this chemical to their chest. We have found victims in an unconscious state," Criminal Investigations Directorate (CID) spokesman Fred Enanga said.
"You find the person stripped totally naked and everything is taken from him," he said. "And the victim doesn't remember anything. He just remembers being in the act of romancing."
Enanga, who explained that several types of heavy sedatives had been used, said he first came across the practice last year when an apprehended thief named Juliana Mukasa made a clean breast of the matter.
Talk About Knock-Out Breasts
.
Deer gets revenge after hunter shoots him
A hunter in Sedalia Mo. bagged a big buck on the second day of firearms season, but the kill caused him a lot of pain. Randy Goodman, 49, said he thought two well-placed shots with his .270-caliber rifle had killed the buck on Nov. 19. Goodman said the deer looked dead to him, but seconds later the nine-point, 240-pound animal came to life.
The buck rose up, knocked Goodman down and attacked him with his antlers in what the veteran hunter called "15 seconds of hell." The deer ran a short distance and went down, and died after Goodman fired two more shots.
Soon Goodman started feeling dizzy and noticed his vest was soaked in blood.
So he reached his truck and drove to a hospital, where he received seven staples in his scalp and was treated for a slight concussion and bruises.
.
Judge dismisses drunk-driving cases due to urine stream inhalation
An Irish judge has thrown out two separate drunk-driving cases because of the danger the defendants inhaled alcohol from their own urine while in custody. The rulings, by Judge James O'Connor, came as there was increasing concern at government level over the high number of non-convictions in drunk-driving cases.
The law requires that a person suspected of drink driving must be observed for 20 minutes before their breath sample is taken.
During that 20-minute period they must not consume anything by mouth.
In both cases, the solicitor, Mr O'Connell, argued that during this 20-minute period both his clients had used a toilet to urinate. Because the two men urinated with their backs to the prosecuting garda, the 20-minute observation period had been interrupted. The solicitor argued that a new 20-minute observation period should have begun when his clients returned from the toilet and that the cases should be dismissed.
.
I wonder if it's the same for Marijuna?
.
'Britain's Dumbest Forger'
A man was caught after writing insurance certificate with Feb 31 expiration date
A soldier dubbed "Britain's worst forger" was caught because he did not know how many days there were in February, a court heard. Chris Woodruff used his computer printer to create his own insurance certificate when he was stopped by police but made a basic error with the date. The certificate he presented to police looked perfect but for one vital detail - its expiry date was listed as the non-existent "31/02/08 at 23.59hrs".
The soldier had planned to leave the Army and join the police but after being caught fiddling the certificate he will have to look for another career. Woodruff, 22, was branded Britain's worst forger at Plymouth Crown Court when prosecutor David Gittins told the judge: "It was probably the worst forgery you have ever seen." Woodruff, of Shrewsbury Road, Plymouth, admitted perverting the course of justice. He had three previous convictions for driving without insurance and 18 points on his licence. Judge Francis Gilbert, QC, jailed him for 10 months, suspended for two years, ordered him to do 150 hours of unpaid community work and banned him from driving for six months.
.
Posted by The Man at 12/02/2008 No comments: