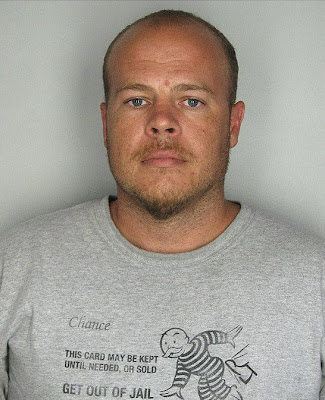 Get Out Of Jail Free T-Shirt Mugshot 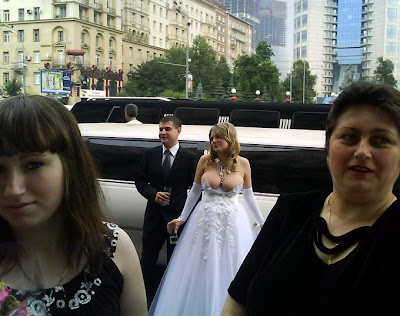 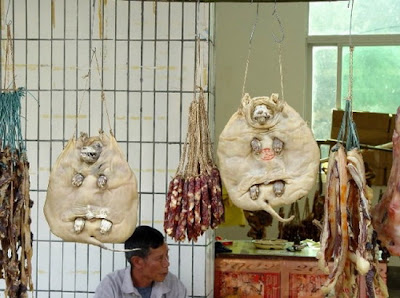 The 50 Most Beautiful Women of the 2008 Beijing Olympics 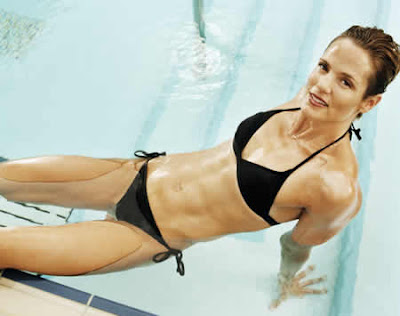 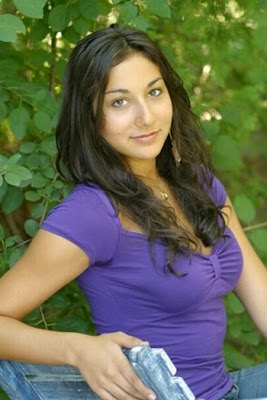 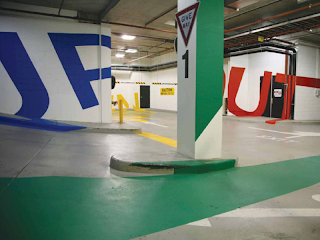 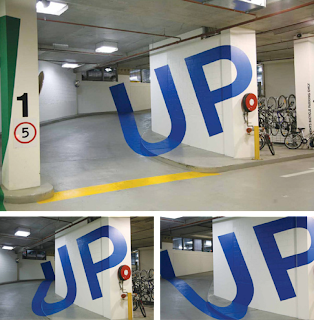 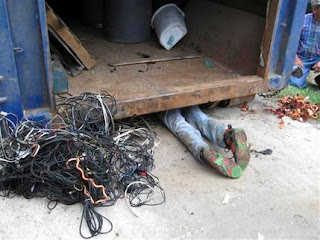 A suspected thief trying to steal $10 worth of copper got himself into a situation when he was trapped under a trash bin at a county landfill, sheriff’s deputies said.
Deputies said Gibson Cook, 56, broke into the landfill, then got stuck as he tried to crawl under the large container. Landfill workers found him about 12 hours later with his legs sticking out from under the bin. Emergency workers had to inflate air bags so they could lift the bin to free him.

Texas town Stinks
The residents of a Texas border town are facing a stinky and growing problem these days: skunks. Eddie Ortega, the director of Del Rio's Community Health Service Center, said there's an unusually high number of the malodorous creatures running around these days.
"I'm not positive of the reasons behind this past year's infestation, but the heat and very little rain have probably caused them to be more active in order to find food."
The nocturnal animals are not all bad news: They keep rodents in check.
.
1,000 gallons of gas vanish from station
Police say someone has stolen more than 1,000 gallons of gasoline from a station in New York's Westchester County. Authorities said Thursday that the gas apparently was filched from five pumps sometime last weekend in Pelham Manor.
The station values its losses at $4,000 for the gas and $2,000 for damaged pumps. Police will be reviewing surveillance tapes of the station.
On July 15, workers at a convenience store in Lehigh Acres, Fla., reported the theft of 995 gallons of gas. Authorities said the pump was rigged so it didn't register with the attendant. The sheriff's office said there were no cameras on those pumps.
.
Boy, 10, turns mom in for making phony money
A Bakersfield woman faces charges that she counterfeited money and identification cards after her 10-year-old son turned her in to authorities.
According to Kern County Superior Court records, the boy gave sheriff's deputies phony money last month that his mother created. The child told investigators she also had a computer that makes fake ID cards. Deputies executing a search warrant seized computer disks, scanners and printers.
.
Plastered driver jailed
A drunk motorist has been jailed after being spotted driving with her broken leg in a plaster cast sticking out the window.
The 38-year-old Gail Powell was seen swerving across a busy road with her plaster cast balanced on the ledge of the driver's window.
The ride came to an end when she screamed abuse at a police patrol car coming in the other direction. Gail Powell was sentenced to five months in prison for being 1.5 times over the alcohol limit and dangerous driving.
.
Couple Went on 18-Month Egging Spree
A suburban Philadelphia couple is accused of damaging the property of more than 400 people during an 18-month egging spree.
According to court documents, Philip Fleck and his girlfriend, Heather Darcy, admitted to the vandalism.
Police say the couple wanted to retaliate against friends for damages they said were inflicted upon them — but the couple also egged other people to draw suspicion away from them.
Police say Fleck and Darcy caused more than $7,000 in damages.
Letters have been sent to residents of Lansdale asking victims to come forward. Montgomery County District Attorney Risa Vetri Ferman says her office has an obligation to get restitution for them.
Darcy's mother, Cindy Darcy, says the case is "being blown way out of proportion."
.
Man stabbed and beheaded on Greyhound bus
A man on a Greyhound bus traveling across the Canadian Prairies has killed and decapitated a fellow passenger.
Thirty-six passengers on a Greyhound bus watched in horror Wednesday night as a fellow passenger stabbed a man sleeping next to him, decapitated him and began waving around the man's severed head.
The bus made an emergency stop, and passengers fled in terror onto the darkening Trans-Canada Highway near Portage la Prairie, Man., while the bus's driver and a driver of a nearby truck shut the crazed man inside the bus with the victim. Passengers on the Winnipeg to Edmonton bus say they stood outside and watched through the window, horrified, as the man disfigured the victim's body.
Chilling Witness Account
Posted by The Man at 8/01/2008 1 comment: