Unless you are on a suicide mission 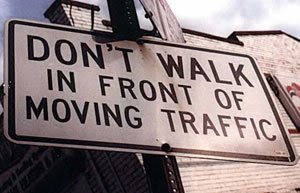 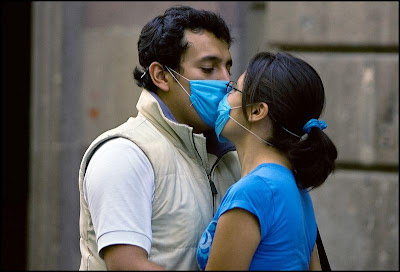 To me that don't seem the same to me.
I suppose you can say the same thing about a condom.
. 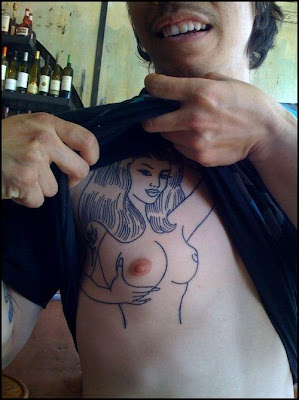 Popeyes ran out of chicken in Rochester, NY
After Popeyes Chicken advertises a $4.99 special, all of a sudden several branches of the fast food chain run out of chicken and close their doors, causing customers filmed in this video to become irate. Many people have felt that the story was also racist...
.
.
Posted by The Man at 4/29/2009 2 comments:

Police Raid Ohio Bar, Find 14-Year-Old Topless Dancer
Police in Akron, Ohio says a 14-year-old girl was dancing topless at an Akron strip club when they raided the bar and arrested four exotic dancers.
Akron police vice officers served a search warrant Friday night at the Playhouse bar.
The bar's owner and manager were charged with illegal use of a minor in a nudity performance and child endangering.
Police Lt. Rick Edwards says officers saw some dancers have contact with customers, but not the 14-year-old. He says the club is not licensed as a sexually oriented business.
The girl has been placed with Summit County Children Services.
.
Man's Penis Severed by Girlfriend
Police say a man in northeastern Brazil had his penis severed by his girlfriend who accused him of raping her daughter.
Police officer Fabio Gaudencio says 42-year-old Isaias Saturnino was sleeping at home last Friday when Maria da Silva used a kitchen knife to cut off his penis.
Gaudencio says Silva fled and remains at large.
Saturnino underwent reconstructive surgery and was in good condition on Monday, but is expected to stay at least two months in the hospital for observation.
Gaudencio says Silva's daughter accused Saturnino of raping her starting at age seven. She is teenager now. He hasn't been charged so far.
Gaudencio said Monday that Silva is expected to voluntarily turn herself in.
.
Posted by The Man at 4/29/2009 2 comments:

Mother is pissed at her son.

TragicSex.com is blog in which visitors share their horrible sexual experiences.
Here is one such revolting account:
.
This tragic incident took place when I was dating a guy who turned out to be one of the biggest mistake of my dating career thus far. Anyways, me and my mistake were getting busy one night, this consisted of lots of making out and foreplay. During the foreplay we switched to a 69 and we’re both enjoying ourselves. This moment of pleasure was interrupted by a blast of gas from my boyfriends ass. He farted… pretty much right in my face. I think it goes without saying that this was not well received by me. This was the end of our fooling around for that night.
.
My Big Box of Embarrassment
.
An Unfortunate Hole in One
.
Posted by The Man at 4/29/2009 1 comment: