For The Dog Lover 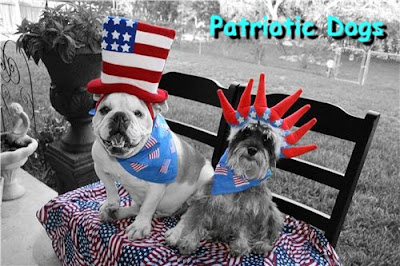 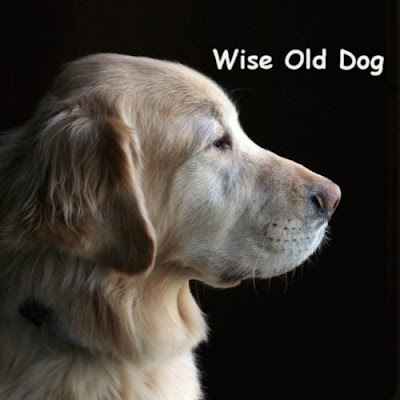 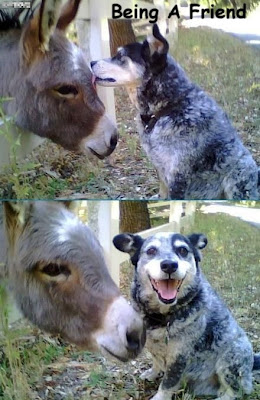 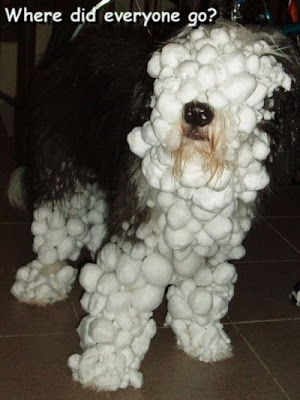 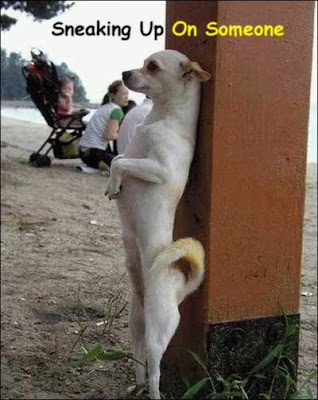 SOME COMMENTS
What a great song! If I had an Ipod I would want this on it.
Its very sweet -really puts it all into perspective.
Has this guy done any other songs?

This video has had over 150,000 hits since I first saw it yesterday,
so I sense a new 'interweb sensation' is imminent.

There are a two more songs by him here ...

Dude gets hit by a train because he was to busy text messaging.
Officials think that Zachariah Smith was so engrossed in sending a text message Monday that he didn't notice a train - until it hit him as he crossed tracks in Elmwood Place. Smith, 18, was waiting to cross the tracks. The gates were down to allow a CSX train to continue its southbound route. When that train passed, Smith, apparently too intent on texting he was hit by a northbound Norfolk Southern train that he didn't see coming from the other direction. He was thrown about 50 feet. » Full article here

Man rents gun at shooting range, then kills himself
A 28-year-old man killed himself with a self-inflicted gunshot wound to the head in front of witnesses Wednesday afternoon at the Target Sports shooting range on Woodward Avenue, police said. The man had apparently arrived alone at the store around 1 p.m. and rented a .40 caliber handgun to shoot at targets, according to Royal Oak Police Lt. David Clemens. "It's a self-inflicted wound and we are confident that no one else was involved in this," Clemens said. » Article here

YouTube Video Leads To Arrest In Florida
Two teens have been arrested after a video posted on the Internet shows the boys committing crimes, police said.
Giulliano Possebon, 17, and Carlet Dervile, 16, were arrested Thursday on charges of culpable negligence, contributing to the delinquency of a minor and child abuse.
Click Here To Read More

Drug Suspect Allegedly Got Ingredients Through eBay
Carl Andrew Dubois, who was arrested last week for manufacturing Ecstasy at his south Boulder home, apparently didn't cover his tracks very well, according to a search warrant.
Dubois, 29, allegedly obtained all of the ingredients and supplies to make the club drug on eBay. And he paid for all the purchases through Pay-Pal, using a MasterCard credit card.
Click Here To Read More

Campers Tie Accused Potty Peeper to a Tree
In Oregon, a man peeping at women at a camp site was caught and tied up.
Campers decided to take things into their own hands. They chased the man down and tied him to a tree.
Police were called and arrested 63-year-old Richard Berkey.
Members of a camping group say they spotted Berkey watching women going to the bathroom in the woods.
Click Here To Read More

Woman, 71, Arrested for 'Special' Plant
GREENSBORO, N.C. A 71-year-old woman was arrested on drug charges after a chest-high marijuana plant was found in her yard, a plant she said was meant to keep animals away from her garden.
A sheriff's deputy saw the plant as he drove past Betty Holt Walker's home earlier this month, according to Capt. Tony Caliendo of the Guilford County Sheriff's Department. The deputy stopped to investigate and found five smaller plants behind a shed, as well as marijuana stems and seeds, and a water bong made from a soda bottle inside the house.
http://www.news-record.com
Posted by The Man at 8/24/2007 No comments:

Do you meet the necessary requirements to be a leader 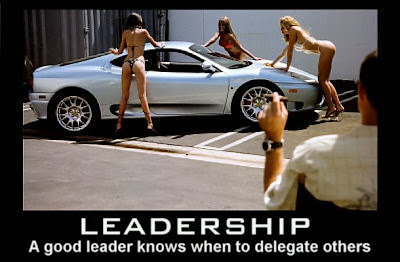 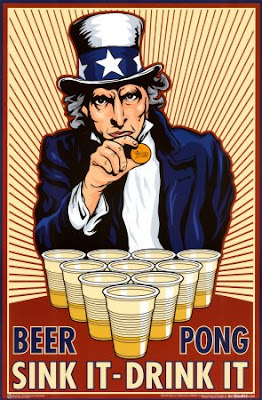 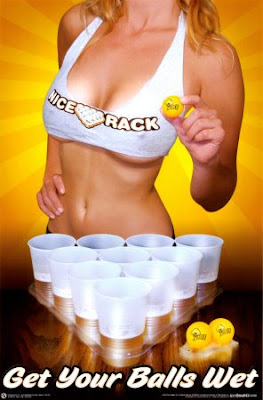 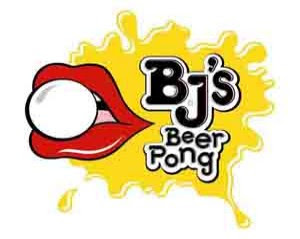 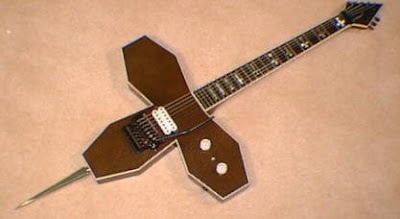 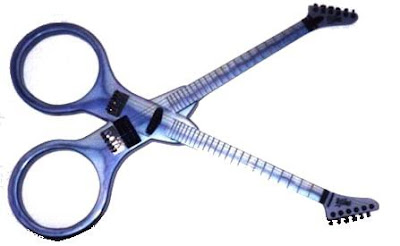 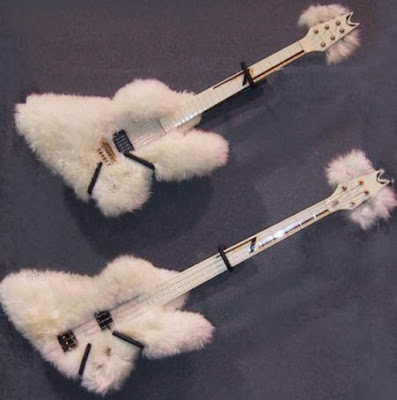 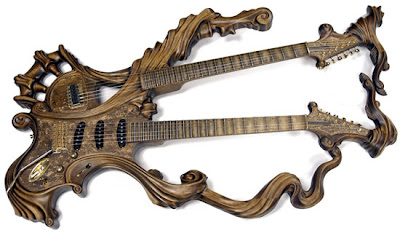 Russian's are devoted to their Vodka 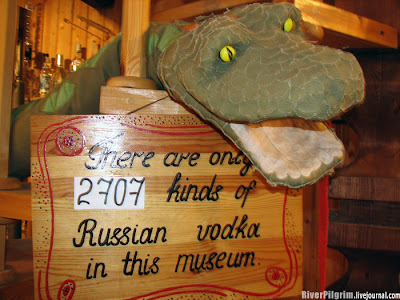 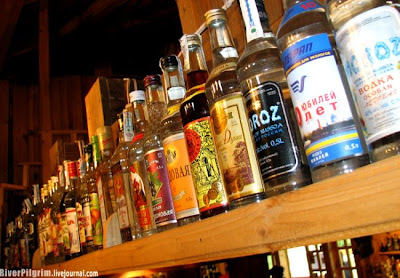 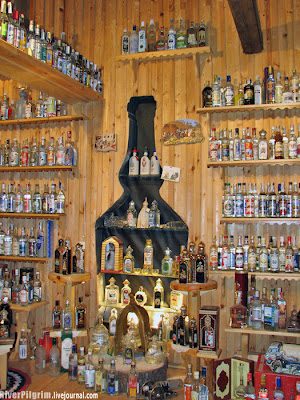 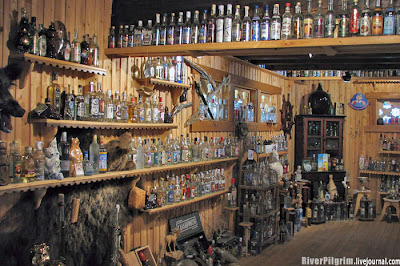 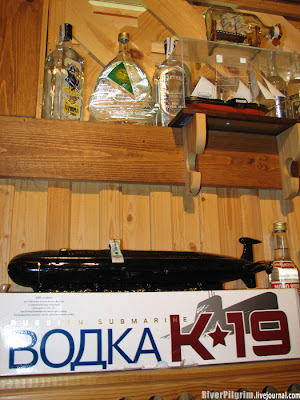 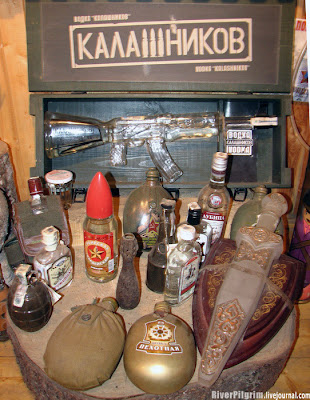 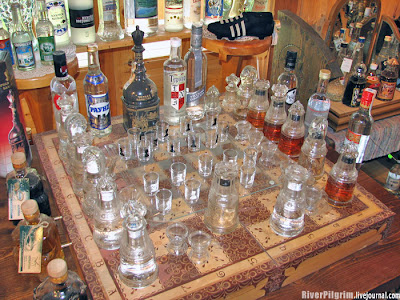 1. I will have a cup of coffee in the morning and read my newspaper like I used to, before the Internet.

2. I will eat breakfast with a knife and fork and not with one hand typing.

3. I will get dressed before noon.

4. I will make an attempt to clean the house, wash clothes, and plan dinner before even thinking of the Internet.

5. I will sit down and write a letter to those unfortunate few friends and family that are Internet-deprived.

6. I will call someone on the phone who I cannot contact via the Internet.

8. I will listen to those around me and their needs and stop telling them to turn the TV down so I can hear the video's on the Internet.

9. I will not be tempted during TV commercials to check for email.

10. I will try and get out of the house at least once a week, if it is necessary or not.

11. I will remember that my bank is not forgiving if I forget to balance my checkbook because I was too busy on the Internet.

12. Last, but not least, I will remember that I must go to bed sometime ... and the Internet will always be there tomorrow!
Posted by The Man at 8/24/2007 No comments:

The world's largest Big Mac sculpture (14 feet high, 12 feet wide), at the grand opening of the McDonald's Big Mac Museum Restaurant in North Huntingdon, Pa., Wednesday, Aug. 22, 2007.
The restaurant opened in honor of the 40th anniversary of the Big Mac. 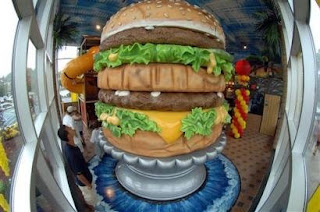 Normally, a 40-year-old sandwich would be something to be avoided.
Unless you're one of millions who flock to McDonald's each year to chow down on a Big Mac. The triple-decker burger, which helped breed America's super-size culture and restaurants' ever-expanding jumbo meals, is turning 40.
The Big Mac was first introduced in 1967 by Jim Delligatti, a McDonald's franchise owner in Uniontown, Pa. A year later, it became a staple of McDonald's menus nationwide.
Posted by The Man at 8/24/2007 No comments:

ST. LOUIS — Authorities said the 7-month-old's parents are a doctor and a medical researcher at the university. Their names and the child's name have not been released.
On a day when the temperature reached the upper 90s, a woman spotted the baby, called 911 and broke the car window, police Capt. James Gieseke said. The child was pronounced dead at a hospital.
The child had been in the car for three hours, Gieseke said. It's believed the mother left the child in the back seat of the father's car, but that the father thought the mother had taken the child.
"There was a horrible, devastating mix-up as to who was going to take the child to day care," Gieseke said.
Details were still sketchy because the couple was too distraught to give complete statements, Gieseke said.
BLOGGERS NOTE:
THIS COUPLE SHOULD HAVE MURDER CHARGES AGAINST THEM.
ONE IS A DOCTOR AND THEIR JOB IS THE WELFARE OF HUMANS.
I BELIEVE THEY ARE USING THE EXCUSE ABOUT THE DAY CARE.
Posted by The Man at 8/24/2007 No comments:

Labels: In The News, Not Right, Not Using Their Brain 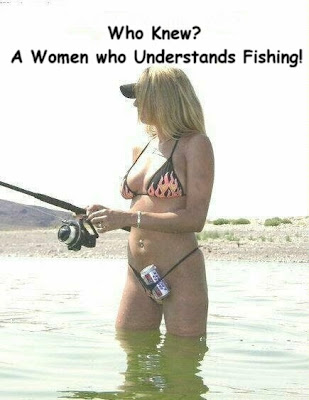