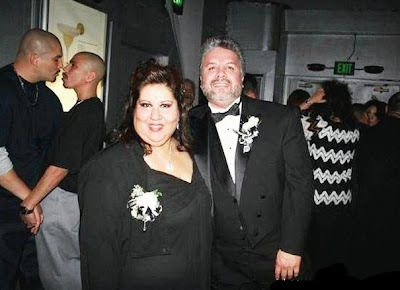 "PHOTOSHOPPED?"
.
mightyattom said...
Hmmm...this is a tough one!
For starters, the clothing each couple is wearing doesn't belong in the same. "environment"
Posted by The Man at 4/06/2008 1 comment:

When Grandma goes to Court 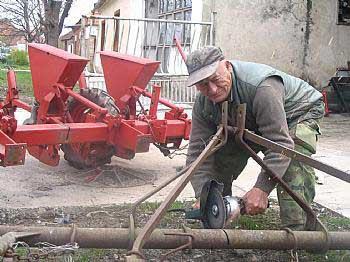 A Serb farmer used a grinding machine to cut in half his farm tools and machines to comply with a court ruling that he must share all his property with his ex-wife, local media reported yesterday.
Branko Zivkov, 76, told Belgrade daily Kurir he had been ready to give his wife Vukadinka her equal share of everything earned during their 45-year marriage, but was furious at being asked to give away half his farming equipment.
Instead, he bought a grinder and cut in two all his tools, including large items such as cattle scales, a harrow and a sowing machine.
"I still haven't decided how to split the cow," he told the newspaper. "She should just say what she wants - the part with the horns or the part with the tail."
Posted by The Man at 4/06/2008 No comments: 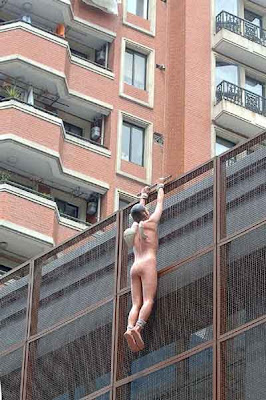 A Chinese artist provoked a public scare when he hung naked mannequins from the outside of skyscrapers.
Shanghai artist Liu Jin put up four mannequins and put wings on their backs for the work, entitled Wounded Angels.
But passers-by mistook them for real people perilously clinging to the buildings.
One grandmother reportedly required hospital treatment after the shock led to a heart attack.
Police say they received several calls about reports of people hanging from buildings and looking like they were preparing to jump.
"When we got there with the firefighters, we found they were just mannequins," a spokesman said.
Posted by The Man at 4/06/2008 No comments:

Some people never grow up 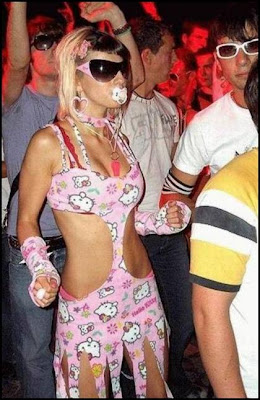 Mommy is that where I came from 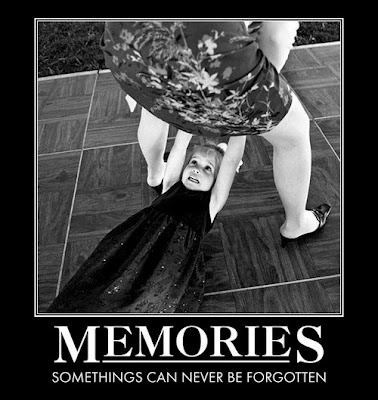 Do you know what country this is from? 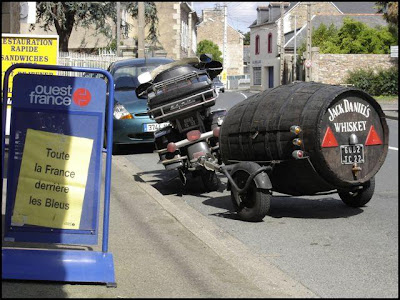 Woman Stuffs Snake Down Pants
Workers at Preuss Pets in Lansing say a woman stole a snake, and how she did it-- well, it's one for the books. "We've got some great pictures," says longtime employee Jayzun Boget. "It shows her taking the snake out; shoving it down her pants-- it's been the source of endless jokes here."
They say the snake the woman stole was pretty young, only about six months old. It was too young to be sold. The $175 snake is a boa constrictor that'll grow to be 12 feet long.
.
Man Accused of Stealing Pizza Pans
ARDMORE, Okla. (AP) - Pan pizzas are flying out the door at a local Pizza Hut restaurant. At least the pans are. Ardmore police say workers at the pizzeria arrived for work Thursday and discovered every pizza pan missing from the restaurant.
While workers borrowed pans to prepare pizzas for the day, police checked out a local scrap metal shop and determined one business paid about $17 for 30 aluminum pans.
The sale led police to arrest Jody Wayne Guinn, 34, who was being held Friday at the Carter County Detention Center on complaints of embezzlement and disposing of stolen property.
Police Capt. Tony Trudell said the pans were recovered undamaged and returned to the restaurant.
.
Mixed-sex prison a step closer
Haverigg Prison has moved another step closer to housing male and female inmates this week. Robin Pitt, an ex-prison officer and Copeland councilor for Newtown and Millom, said he thinks plans to turn the Cumbrian jail into a community prison are achievable. The county council and other district authorities in Cumbria will also be asked to support the idea in principle. If the scheme was accepted by the Government, Haverigg could become the first community prison in the country - housing Cumbria's adult male and female prisoners and young offenders, category C and D, with drug treatment and a 24-hour health facility.
Posted by The Man at 4/06/2008 1 comment: