SHORT ANIMAL NEWS
Dog addicted to eating grass
A dog needed life-saving surgery after he began gorging on grass when his owner put him on a diet.
Pie, a Rottweiler-Alsatian cross, tipped the scales at a massive 210 pounds when he was found abandoned on a street last month, reports Metro.
However, when he stopped eating completely, his new owner Annabelle Pottle took him to the vets and discovered the real problem - he had 2.2 pounds of grass in his stomach.
She said: "I was getting worried because he was not eating his special diet food. He usually loves his food and he was just turning his nose up at it.
"I could not believe it when the vet told me it was grass bunging him up. He must have thought he was a cow rather than a dog to eat so much of the stuff."
An $1,614.32 life-saving operation to remove the offending cuttings has now left him with a 25cm scar.
Ms Pottle, 40, who runs the Ardley Rescue Kennels in Bicester, Oxfordshire, took in Pie after he was found with his stomach dragging on the ground. He should weigh just 70 pounds.
Vet Gemma Prophet said: "Most dogs eat grass, but when they eat so much it can expand in their stomach and they can't digest it. It must have been very painful for poor Pie but he is looking lot better now."

Cat Avoids Blaze by Hiding in Couch
Aug 13, 2007
WEST ORANGE, N.J. (AP) - A New Jersey cat may have only eight lives left after it survived a house fire by hiding in the couch.
Firefighters initially thought the feline, who belonged to one of the tenants in the two-story house, had been killed by flames and smoke Saturday night. But after putting out the blaze and surveying the damage, they found the cat wedged into the couch.
"To our amazement, it had survived," Fire Chief Peter Smeraldo told The Star-Ledger of Newark. "They should change that cat's name to Lucky."
No one was injured, and the cat's owner, who was ecstatic to have the animal back, took the cat to stay at a relative's house.


SHORT MORON NEWS
Trucker Hit by SUV While Chasing Hat
Aug 13, 2007
DES MOINES, Iowa (AP) - A man who stopped to secure a load on a semi trailer was struck by a passing sport utility vehicle when he tried to retrieve his cap, which had blown off in the wind.
Rick Uvaney, 49, pulled off Interstate 80 in Dallas County on Saturday night to secure I-beams being carried on a semi trailer driven by his friend, Robert Greathouse, of Canton, Ohio.
A gust of wind blew off the brown baseball cap that Uvaney had worn for years. The cap landed in the median.
Uvaney, who was riding with Greathouse, walked across the highway, picked up the hat and was struck by the SUV, driven by Tamara Boyle, of Herriman, Utah.
Boyle swerved, struck Uvaney and then crashed into Greathouse's truck, a report from the Iowa State Patrol said.
Uvaney suffered a broken wrist and dislocated shoulder and was hospitalized at Iowa Methodist Medical Center in Des Moines.
"He's pretty lucky," Greathouse said. "It could've been worse."

Woman Calls Police About 'Fake' Cocaine
Aug 13, 2007
ROCHELLE, Ga. (AP) - A woman was arrested after she called police to help "get her money back" after she was unhappy with the crack cocaine she purchased.
Juanita Marie Jones, 53, called Rochelle Police late Thursday night after she purchased what she thought was a $20 piece of crack cocaine, according to police reports.
She told officers she broke the rock into three pieces and smoked one, only to discover the drugs were "fake."
She took Officer Joel Quinn and Deputy John Shedd of the Wilcox County Sheriff's Office into her kitchen and showed them the drugs, police said.
She was promptly arrested on charges of possession of cocaine.


SHORT DUMB ASS NEWS
Young Child Observed Sex Acts
August 14, 2007
PEACHTREE CITY, Ga. -- Peachtree City police have issued warrants for four people after authorities say sexually explicit pictures were taken inside a Peachtree City home while a child was present.
The Crimes Against Children Unit investigated and identified the four people who were present in the room during the time of the sexual acts.
Paul Graffeo, 39, of Peachtree City was arrested. Lauren Barchi, 22, of Alpharetta will also face charges. Micah Burns, 34, is a relative of the child and he was located in Michigan. Jody Graham, 43, of Peachtree City was arrested at her home.
They will face child molestation charges.
Arraignment for all four will be held at 2 p.m. at the Fayette County Court House in Fayetteville.

Mother Indicted In Newborn's Death
August 14, 2007
DECATUR, Ala. -- A Lacey's Spring woman has been indicted on a child endangerment charge in connection with the death of her newborn son. The indictment alleges that 21-year-old Christian Celia Atchley endangered her child by using illegal drugs. She was arrested yesterday.
Atchley's common-law husband, 31-year-old James Robert Hill Junior, was charged with capital murder last week. Morgan County Sheriff Greg Batlett said the infant's body was found inside a clothes basket at the couple's mobile home October 29th.
A coroner ruled the baby had cocaine in his system and died of blunt force trauma.
Atchley's bond was set at $100,000. Hill is being held in the Morgan County Jail without bond.
Posted by The Man at 8/14/2007 No comments:

Labels: Animal's, In The News, What a "Dumb Ass"

I hear this scent is really popular among the canine crowd. 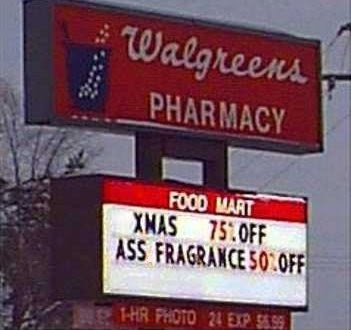 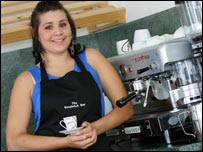 A teenager was taken to hospital after overdosing on espresso coffee.
Jasmine Willis, 17, developed a fever and began hyperventilating after drinking seven double espressos while working at her family's sandwich shop.

The student, of Stanley, County Durham, was taken to the University Hospital of North Durham, where doctors confirmed she had overdosed on caffeine.

She has since made a full recovery and is now warning others about the dangers of excessive coffee drinking.

Ms Willis, who had thought the coffees were single measures, said the effects were so severe that she began laughing and crying for no reason while serving customers at the shop.

I was having palpitations, my heart was beating so fast and I thought I was going into shock

She developed a fever and began struggling to breathe after being sent home by her father.

"My nerves were all over the place.

"I was drenched. I was burning up and hyperventilating.

"I was having palpitations, my heart was beating so fast and I thought I was going into shock.

"I did not realize this could happen to you and I only hope other people learn from my mistake."
The teenager, who was allowed home after a few hours of observation, suffered side effects for days afterwards and now says she cannot stand the sight of coffee.
Posted by The Man at 8/14/2007 No comments: 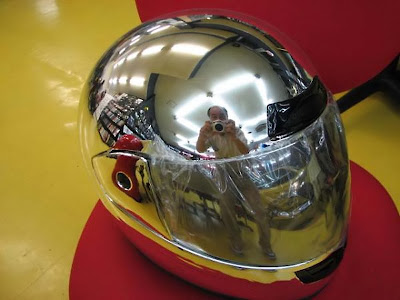 Looks something like a motorcycle helment.
LEAVE YOUR GUESS UNDER COMMENTS
Posted by The Man at 8/14/2007 No comments:

HOW FAST CAN YOU JUMP INTO YOUR UNDERWEAR?

Competing For The Fastest Underpants Jumper
Posted by The Man at 8/14/2007 No comments:

A kid's doll toy with a penis that pees when its pants are pulled down.
BLOGGER'S NOTE:
WE NEED TO GO BACK 25 YEARS ON HOW WE SHOW SEXUALITY IN PUBLIC AND IN OUR LIVES TO PUT AN END TO ALL THE SEXUAL PROBLEMS WE HAVE TODAY.
WHY DOES A KIDS TOY NEEDS THAT KIND OF REALISM.
Posted by The Man at 8/14/2007 No comments: