Teenager sleeps her life away - Literally

When 15-year-old Louisa Ball takes a nap, she doesn’t mess around. She sleeps for days on end, and no amount of shaking or prodding can fully wake her up.
Rare illness turns girl, 15, into ‘sleeping beauty’
But it’s no fairy tale; asleep for days on end, she has to be wakened to eat.
.
.
Posted by The Man at 2/09/2010 No comments:

Oops...I did it again!
'Britney Spears' cross-dresser charged with breaking ASBO banning him from wearing schoolgirl outfit in public
A cross-dresser has appeared in court charged with breaching an anti-social behavior order which bans him from loitering outside primary schools in Northampton wearing a Britney Spears-style schoolgirl uniform.
Peter Trigger, aged 60, of Farndon Close in Thorplands, was barred from baring his legs in public during the school run under the terms of his five-year ASBO, which was imposed by magistrates in December 2008.
Parents walking with their children to nearby Woodvale Primary School had claimed Trigger had bent over, shown his bare thighs and indicated he was wearing no underwear.
.
Arrest Me Officer
A man was arrested when he flashed a plastic bag filled with drugs in front of a police officer.
When an officer approached the man, he noticed he was shirtless and wearing women's pants with a hole in the crotch exposing his genitals. The man also was wearing his underwear around his neck, police said.
When contacted by the officer, Rodriguez placed his hand in a drainage pipe and removed a plastic bag filled with a white powdery substance, which later tested positive for methamphetamine, police said. The man also showed the officer aluminum foil with a burnt section in the middle, a common way of smoking the drug.
.
Vet got in trouble when he stuck a dog’s testicle in his mouth
James Lockyear demonstrated ‘unprofessional, juvenile, inappropriate, disgusting and offensive’ behavior, a disciplinary panel found.
Not only did he put the testicle from a castrated dog in his mouth but he also put a medical tube up his nose and showed a nurse a photo of his erect penis on his mobile phone.
.
Off Duty Tulsa Police Officer Arrested After Bar Disturbance
Officer Thomas Fees, 33, was arrested on two felony complaints of pointing a deadly weapon and one complaint of carrying a firearm while intoxicated.
.
Thief runs into block wall
.
Posted by The Man at 2/09/2010 No comments:

Breform Means You Never Have To Wear A Bra Again? 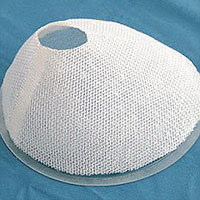 Perhaps you’ve heard of the boob lift, a surgical procedure that hoists up your sagging breasts. Now there’s the internal bra, which also does this, but goes one step further by putting a reinforcing structure in place, so that you don’t actually have to wear a bra. Ever.
.
Posted by The Man at 2/09/2010 No comments: