So this is a Urinal 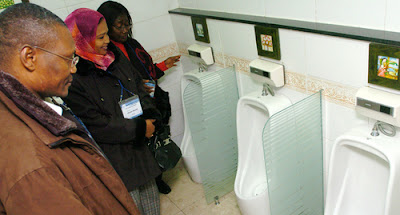 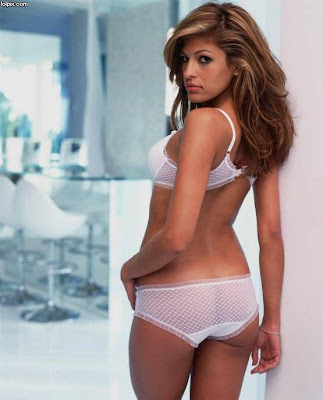 Eva has a nice ass 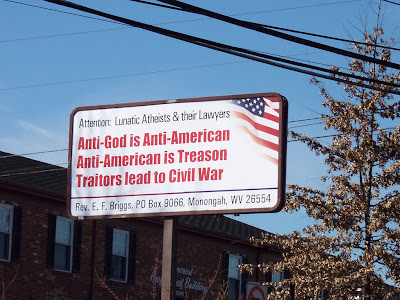 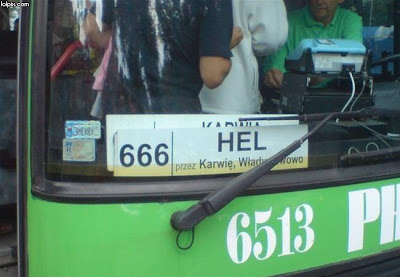 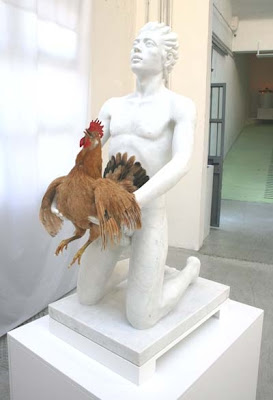 You know you're in the south when you see.... 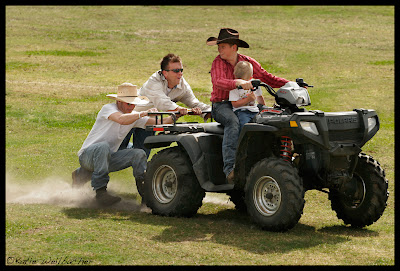 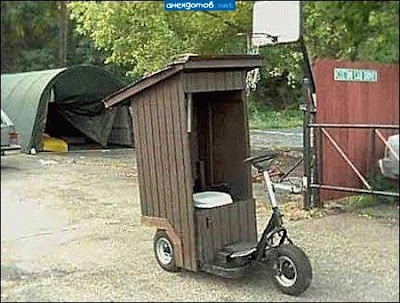 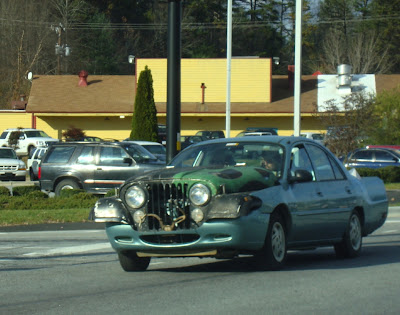 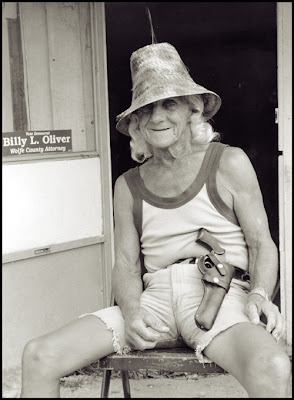 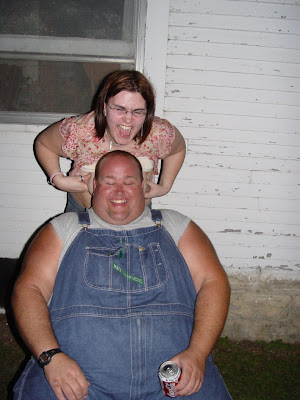 Why you don't drive on flooded roads 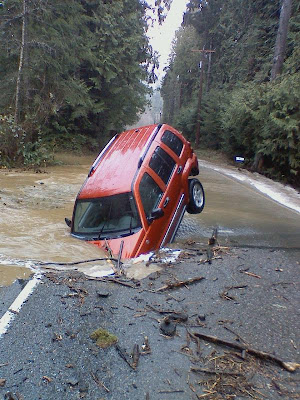 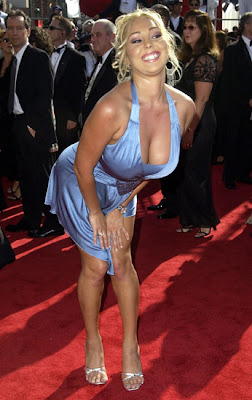 "The doctors asked me what I wanted to do with them and I said, 'You know what, I'm going to keep them and try to sell them. Because my grandmother had breast cancer," Carey told Reuters in an interview. The 27-year-old star of such adult films as "Boobsville Sorority Girls" and "Big Breasted Beauties" will be seen in the upcoming VH1 reality show "Celebrity Rehab with Dr. Drew" and said that during taping she kicked addictions to the anti-anxiety drug Xanax and alcohol. » Article here
Posted by The Man at 12/06/2007 No comments:

Why did the salmon cross the road? 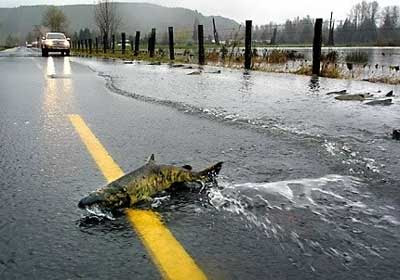 Every November and December Hood Canal's Skokomish River rises out of its banks, and many returning chum salmon are forced to swim across flooded roads to reach their spawning grounds.
It is a compelling scene that illustrates how salmon manage to overcome sometimes monumental obstacles to continue their cycle of life.

Crowd cheers salmon crossing road
It's common sight in some parts of Western Washington when there is flooding.
.
Posted by The Man at 12/06/2007 No comments:

Police Deliver Baby After Husband Gets Lost Taking Wife To Hospital
Orlando police officers made a special delivery early Wednesday morning. Just after 1:00am, the driver of a car flagged a patrol car for help on South Street. He was trying to get his wife to the hospital, but was lost.
When the officers got out of the car to give directions, they noticed the woman was already in labor. Immediately, the officers knew what they needed to do."It was the first time in my 8-year career that I was able to actually take part in a live child birth," said Officer Nahoum Daniel of the Orlando Police Department. » Article here

Woman spikes friend's drink with visine and tries to kill his dog
Police report the arrest of a woman who they said spiked a friend's drink with Visine eye drops and antagonized a pit bull to attack and kill his dog. The arrest of Kristine Anzalone, 24, comes five months after the two separate incidents.
Police say that on June 14, the woman put Visine in the 32-year-old male friend's drink without his consent, causing him to suffer vomiting, rectal bleeding and difficulty breathing. He was taken to North Shore University Hospital in Plainview.
On July 6, police said, the woman, using a metal cane, encouraged a large pit bull to attack the man's Chihuahua, killing it. » Article here

Cop Sues Over Firing, Blames Meatballs
A counterterrorism detective who says his failed drug test came because his wife had spiked his meatballs with marijuana has filed a lawsuit to get his job back.
Anthony Chiofalo asked the court to declare that his firing in August from the New York Police Department was unreasonable and unconstitutional, to declare that a damning hair sample was improperly taken and to order his rehiring with back pay plus interest, seniority and all benefits.
Click Here To Read More

Woman fired for chronic flatulence (FARTING)
A woman from Leeds Metropolitan University was relentlessly taunted by colleagues about her chronic flatulence, a tribunal heard. An employment tribunal in Leeds was told yesterday that the woman - who cannot be identified because of a court ruling - suffered from severe irritable bowel syndrome (IBS) which led to an embarrasingly windy problem at work. But far from getting sympathy, she claims she was subjected to cruel jibes about a "terrible smell". And at one point, a colleague mocked her saying: "She opens the windows because she is stinking the place out", the woman's lawyers claimed. In another alleged incident, her line manager made an "unhumorous bowel joke" to another colleague in clear earshot of her. The hearing was told colleagues would make "exaggerated sniffing" noises when the claimant was in earshot and that her emails were bugged. But Mr Cole said those claims were "wild " and based on retaliation into the disciplinary procedures that had been started against her. The woman is claiming disability and racial discrimination against the university, as well as unfair dismissal and breach of contract. The case continues.

US man jailed over $800,000 satellite scan con
A man was sentenced to more than four years in prison for conning friends and family out of more than $800,000 by convincing them that his wife was a government agent who could arrange to have their medical problems diagnosed by satellite imaging. The Finley's convinced their victims that, if any medical problems were found, secret agents would administer medicine to them as they slept in exchange for payment, according to a bill of information filed when the Finleys were charged in May.
Brent Eric Finley, 38, of Rayville, was sentenced in federal court in Monroe to serve 51 months in prison followed by three years of supervised release. His wife, Stacey Finley, was sentenced in August to spend 63 months in prison and both are ordered to jointly pay restitution in the amount of $873,786.94.
U.S. Attorney Donald W. Washington said: "These audacious criminals should remind all of us that scam artists will go to great lengths to take our life's savings."

Nude pair clearly had a sweet tooth
A surveillance camera captured two naked men shopping at a Chevron station at 64th Street and Greenway Road in Scottsdale. "I was standing here at the coffee pot getting ready to make all the coffee for the morning," said Theresa Dockstader-Carter, the on-duty clerk. She said two men stuck their head in the door and asked if they could come in and buy some candy.
Dockstader-Carter said she welcomed them in and went back around the counter. "By the time I got back around behind the counter, I noticed they were naked," she said.The clerk said they were polite and didn't mean any harm."They got their candy and two drinks," Dockstader-Carter said. "One of their girlfriends came in and laughed hysterically." The group then left.
With CCTV and news videos.

Students Blame Tuition Costs For Robbery
Two college students say the high cost of tuition led them to rob a bank.
The men pleaded guilty to two charges of aggravated robbery and six charges of kidnapping. They face 20 years in prison when they're sentenced on Dec. 27.
Click Here To Read More
Posted by The Man at 12/06/2007 No comments: