At this cafe, you get what the person before you ordered. The next person gets what you ordered.
What a wonderful, bizarre idea (especially if you ignore the unresolved question of what the first customer of the day receives.) When you order, say, an ice cream and coffee, you pay for them and find a seat. In a few minutes, you're called to the counter where you pick up, you guessed it, not an ice cream and coffee. You receive whatever the person before you in line ordered.
So what's to keep people from ordering an inexpensive item and hoping the person before them was a high-roller? Well, I guess shame.
Also, the cafe has a few rules. Among them:
Treat the next person. What to treat them with? It's your choice.
No buying twice in a row.
Please enjoy what you get, even if you hate it. (If you really, really hate it, quietly give it to another while saying, "It's my treat...")
.
Posted by The Man at 10/12/2009 No comments: 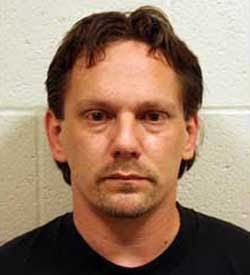 Pennsylvania state officials arrest five men, including a man who allegedly used Facebook to ask his own daughter for sex.
Attorney General Tom Corbett said on Friday that John Forehand, of Lititz, Pa., allegedly used Facebook to find and sexually proposition his own biological daughter, calling himself "Bad Daddy."
According to the criminal complaint, Forehand proposed meeting the girl for sex and explained in graphic detail the sex acts, telling her "not many other fathers and daughters are this brave, so not many of them are so lucky to experience all these pleasures."
Corbett said the girl alerted her mother, who contacted the Ephrata Borough Police Department.
The state Child Predator Unit and Ephrata Police arrested Forehand when he arrived at a predetermined meeting location on October 7. Agents seized a camera, tripod and an unopened box of condoms from Forehand's vehicle, along with a digital camera, camcorder, computers and data-storage devices from his home.
.
.
Posted by The Man at 10/12/2009 3 comments:

Arcing wires are being blamed for a spectacular explosion that took place in this Northern Washington city over the weekend.
Trouble began when a 60-foot poplar tree swaying into high voltage power lines Saturday afternoon. The tree branches danced closer and closer to the lines, eventually catching on fire.
But after 10 minutes, fire trucks had yet to arrive at the scene. Meantime, the electricity began pulsating, and the flames were intensifying.
"Like every time it would hit, it would be like, 'Dzzzzz,' and basically sounded like a light saber -- the light saber sound in Star Wars.'"
The arc caused a power surge, damaging many computers and circuit breakers in the neighborhood. Some 4,500 people were left without power.
"The computer fried, a fax machine fried, things like that," said Chris McCoy, computer technician for 3D Corp.
.
.
Posted by The Man at 10/12/2009 No comments: