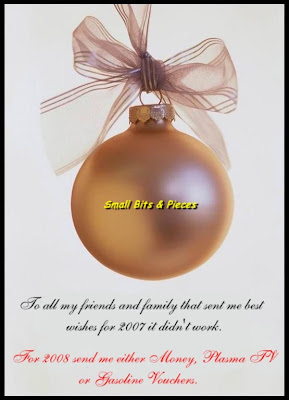 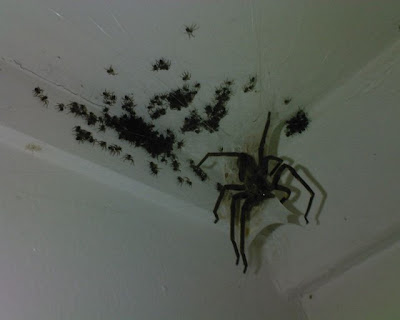 A Charlie Brown Christmas — the alternate — Voice Over [NS-L]

It's Magic! The United States Turns to Blue and the Nightmare is Over! We don't know about your dreams, but one of ours is an America that's bluer!

Now it’s not just a dream - it's a mug! Pour in a hot beverage and the country goes blue. You'll be surprised how good it feels."Yes, just pour in the hot beverage of your choice and watch the red states turn to blue! What a refreshing and uplifting way to start the day. "Featuring stars, stripes, a frowning Republican elephant and Democrat donkey, this mug will offer the hope the left wing needs to get through one more year." Yes, the red states turn to blue before your very eyes when pouring a cup of hot coffee, tea, or cocoa!
Posted by The Man at 12/24/2007 1 comment:

Labels: FYI:, In The News, Interesting 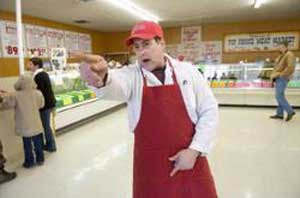 Off-duty officer pulled out gun over incorrectly seasoned jerky
A Vancouver police officer is on paid administrative leave after witnesses said he flew into a rage and pulled out a gun at a local butcher shop.Vancouver police were called to a butcher shop on Northeast Fourth Plain Boulevard around 4 p.m. on Friday to investigate a disturbance involving an off-duty officer.The owner of the Top Choice Meat Market, Mike Brannan, said the off-duty officer was upset because 4 pounds of his deer jerky was seasoned incorrectly.

Prank calls lead to shock treatment
"Multiple failures by staffers at a group home allowed two emotionally disturbed teenagers to wrongly be given dozens of electrical shocks at the direction of a prank caller posing as a school supervisor."
Read article...

How many times can you rob the same bank in one week?
"A man held up two banks on a street near his home four times in the last week, including one of the banks twice in one day, before he was arrested on Tuesday apparently while on his way to make another illegal withdrawal..."
Read article...

Man arrested for freeing mice in girlfriend's home
A Delaware man was charged with harassment after he allegedly released rodents inside his girlfriend's home. New Jersey state troopers responded to a home in Newark to investigate a reported domestic incident involving mice on Saturday evening.A 33-year-old woman called police alleging her boyfriend intentionally released mice inside her residence around 6:30 p.m. Police said the woman asked her boyfriend, 26-year-old Derro D. Smith of New Castle to leave the home after she let him in to retrieve his belongings. Smith refused to leave and allegedly opened a bag containing live mice. The victim told police Smith was aware of her fear of mice and intentionally released the rodents to harass her. The victim was unsure on the number of mice let loose but was able to push Smith out of the home before locking herself in a bedroom. While at the scene, troopers observed at least two mice running around in the home. As a result of their investigation, troopers formally charged Smith with two misdemeanors, harassment and criminal mischief. With news video.

Mice force car off the road
Clifford Bird's immaculate silver MG is his pride and joy.So when the car started experiencing engine problems he booked it straight into the garage to get it checked over.Warned that he might be looking at a bill of several hundred pounds for a new exhaust catalyst, the 75-year-old waited nervously for the engineer's verdict. But Mr Bird, from Diss, was shocked after staff at the town's John Grose garage revealed they had cracked the problem - after finding five and a half pounds of peanuts under the car's bonnet. Mr Bird and his wife Yvonne are bird lovers and they keep a sack of bird feed and a sack of peanuts in their garage where the car is also kept. He believes that mice are to blame for completely filling the car's air cleaner with peanuts.
Posted by The Man at 12/24/2007 No comments: