Gau Jal: made of cow urine 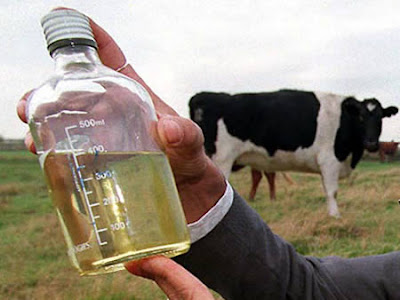 India's Hindu nationalist movement recently said it is in the final stages of developing a new soft drink made from cow urine. Department head Om Prakash said the drink - called "gau jal" or "cow water" - was undergoing lab tests and would be launched "very soon, maybe by the end of this year". "Don't worry, it won't smell like urine and will be tasty too," he said. "It's going to be very healthy. It won't be like carbonated drinks and would be devoid of any toxins." He insisted, however, that it would be able to compete with the likes of Coca Cola and Pepsi.
.
Placenta Drink 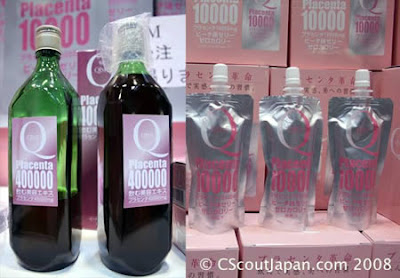 Placenta 10000 is a jelly drink. With placenta. Pig placenta. 10,000 mg worth! Placenta is said to have regenerative properties, especially concerning beauty, and can help with dieting as well. At about $8 per drink, it's expensive, but Japanese aren't exactly known for sacrificing their health and looks for a couple of bucks either. If 10,000 mg/serving just doesn't cut it for your placenta-loving pallet, they have a Placenta 400,000 concentrate as well.
.
Beer + Milk = Bilk 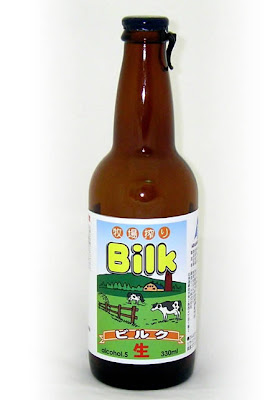 A brewery in Hokkaido, Japan, recently released a low-malt beer using milk. The idea came from the son of a liquor store who is in the dairy farm industry. After having a problem of discarding milk, he proposed the local brewery to produce the milk beer. As one-third of beer is milk, it is the good way to help local farmers. The taste of beer is like a taste of fruits and it goes well with sweets. Because of its fruity flavor, Bilk hopes to be popular among women.
.
NEEDS: made of cheese 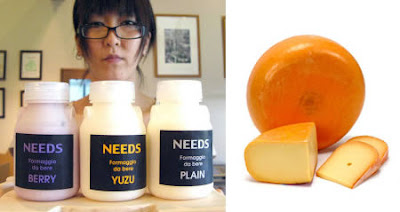 Care for a glass of cheese? This new cheese drink comes in 3 different flavors; plain, blueberry, and yuzu citrus. They use a special process to cut down on the sweet taste of the flavored drinks. It is said to have a taste similar to yogurt, but with a cheesy aftertaste.
.
Mother's Milk 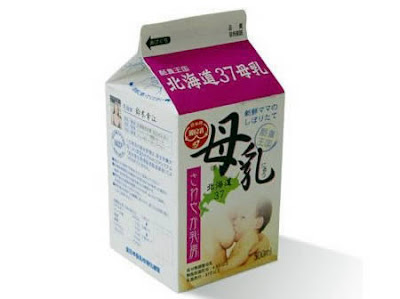 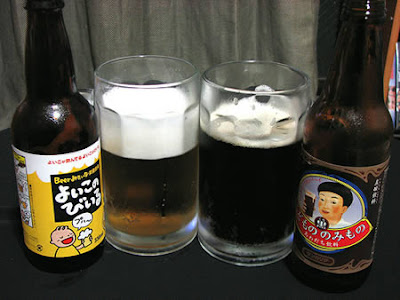 Now here's a marketing hit: a nonalcoholic "beer" for kids that's selling like crazy. The beverage, whose main ingredient is the Latin American plant Guarana, sells for around 380 yen per 330-milliliter bottle. The bottles themselves are colored brown to make the drink look even more like its more potent counterpart. The drink started out as Guarana, a cola beverage that used to be sold at the Shitamachi-ya restaurant in Fukuoka, run by 39-year-old Yuichi Asaba. Asaba renamed the sweet carbonated drink Kidsbeer, a move that made it an instant hit.
.
Emily said...
Gross!
The only one I would even consider drinking is the kids beer!
.
Tattoo Jim said...
Somehow, a nice bottle of Coke sounds so good right now.
Yep, a cold bottle of Coke...
.
DISGUSTING
This shows you they are "SICK PEOPLE"
.
Posted by The Man at 2/15/2009 No comments:

Although it may be hard to focus on the message when the mode of propagation is a beauty pageant, the purpose of the Miss Earth competition is to promote and be actively involved in the preservation and protection of Mother Earth. 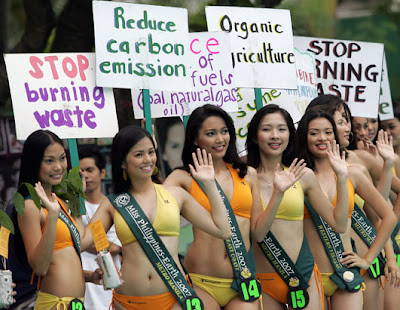 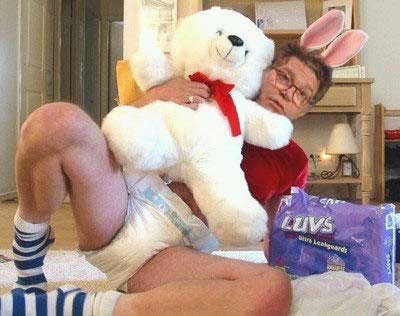 .
Anonymous said...
Sure looks like Minnesota Senator Al Franken to me !
.
Scheme Factory said...
Could Minnesota be the only place with weirder politicians than Illinois?
.
Only because they get caught doing weird stuff.
.
Posted by The Man at 2/15/2009 No comments:

Why you may want to look before you take a crap 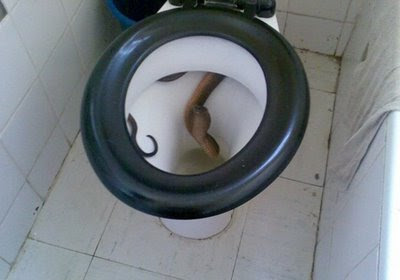 Terrier and a Jalapeno
Barak my homie, eats a jalapeno.... with unexpected results.
.
Ferret and a Jalapeno
After licking a jalapeno a ferret desperately seeks some water.
.
Tattoo Jim said...
I'm thinking that turn-about is fair play... someone should take a nice, really hot pepper and shove it up these clowns collective asses.
People who do things like that to their pets don't deserve pets.
.
TimO said...
In most places, that would be grounds for arrest on animal cruelty charges.....
.
Stupid Idiots don't understand all this computer / Internet technology is all traceable give them time they will be found.
.
Posted by The Man at 2/15/2009 No comments:

Firefighters get an eyeful when they responded to call
A ruckus at the Black Angus Inn on Gambell Street ended with the hotel flooded, a man under arrest for assault and firefighters who were trying to control the sprinkler system mooned by an unruly guest.
A bare-bottomed woman ended up in jail after refusing to leave the crew alone, according to police.
"She was drunk and obnoxious, getting in the way of the firefighters," police spokeswoman Anita Shell said. "She was mooning the firefighters, asking to see their penises."
.
Judge takes 12,000 words to clarify the meaning of tree
A High Court judge, Mr Justice Cranston, has taken 12,000 words to answer the question: What is a tree? The judge thought it necessary to spell out the exact legal definition of a tree because of confusion in the planning process. While trees could obviously be the object of tree preservation orders, the question remained about the status of saplings. For clarity the judge ruled that size did not matter, and that the smallest sapling was, legally speaking, a tree.
.
Posted by The Man at 2/15/2009 No comments: