Perfume Sparks Panic At Bank
More than 30 people were treated in hospital after a bank worker sparked panic - with a squirt of perfume. Firefighters and ambulances were called to the Bank of America branch in Fort Worth, Texas, fearing a carbon monoxide leak after two staff members reported feeling sick and dizzy.
A total of 12 people were taken to hospital while 22 others made their own way there and a further 110 were treated at the scene as the bank's management broadcast an alert to nearly 2,000 staff warning them to leave the building if they felt ill. But it then emerged that rather than a gas leak the reason for the chaos was a simple squirt of perfume, the brand of which has not been revealed.
.
Police finds "suicidal woman" home in bed
Paris police called off their search for a woman who threw herself in front of a speeding train when they found that she had dragged herself home and gone to bed.
The 58-year-old, who suffered from depression, jumped in front of the train Tuesday as it sped through the station at Herrlisheim near Strasbourg at around 150 km per hour, prompting the driver to alert the police.
Discovering only a small blood stain on the train and the platform, police called in helicopters to find the woman who they presumed had been sent flying by the collision, public prosecutor Laurent Guy said Wednesday.
But the search was called off when the woman's partner, returning from a night shift, found her lying in bed with a broken arm and other injuries and rang the emergency services.
The woman, who had attempted suicide in the past, was subsequently hospitalized.
.
Posted by The Man at 7/31/2009 No comments:

Muffy the long lost puppy found after 9 years and 2000km

Can you read this? 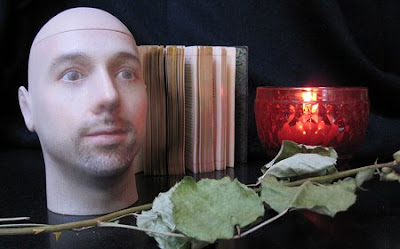 Personal urns are a new and exciting way to memorialize your loved one. Now we can create a custom urn in the image of your loved one or favorite celebrity.
New advances in facial reconstruction and 3D printing have made it possible to have an urn made in the image of anyone from just a photograph. Never forget a face. Personal Urns combine art and technology to create a family heirloom that will be cherished for generations.
.
Posted by The Man at 7/31/2009 1 comment:

19-Year-Old Of Blows Up Cat 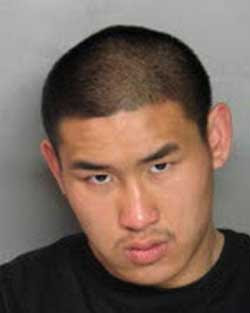 Sacramento SPCA Points To Links Between Animal Abuse, Violence Against People
A 19-year-old man was arrested Wednesday on suspicion of blowing up a cat with an explosive in south Sacramento, police said.
David Hui-Baio Yang and a group of boys are accused of putting the cat under a traffic cone Tuesday night along 63rd Street and blowing it up with a large firecracker, possibly an M-80.
The group was accused of wrapping the animal in duct tape before the explosion, a police report said.
Once the cat was under the traffic cone, someone dropped the lit explosive through a hole at the top of the cone, according to the police report. The cat died from the blast.
Michael Nguyen said he witnessed the attack.
"I ran to see --the cat was blown to pieces right here," he said. "And I get so angry, so focused on the cat, they ran and I called police."
.
Posted by The Man at 7/31/2009 3 comments: