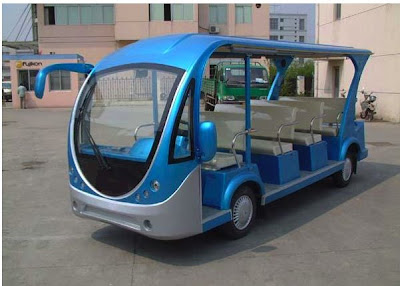 Electric Super Shuttle
.
Do you have a large family or consider yourself extremely popular? Try the Super Shuttle, which can carry as many as 14 passengers and looks like a modern transit bus.
For just $19,900, can you afford not to buy it?
. 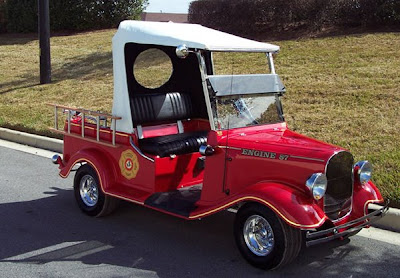 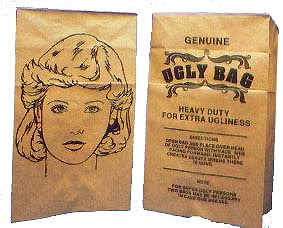 This ugly bag is guaranteed to cure the ugliness.
Directions: Open bag and place over head of ugly person with face side facing forward.
Instantly creates beauty where there is none.
MyStore.cc
Posted by The Man at 6/29/2008 No comments: 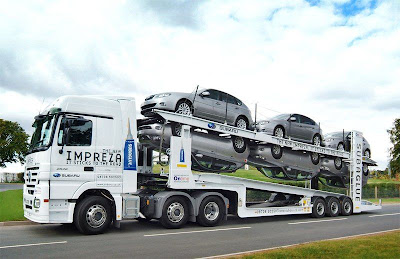 Black guy gets life for smoking pot,
White guy gets probation for murder.
Posted by The Man at 6/29/2008 No comments:

This seems like an odd police chase to me!
.
You don't see this everyday
Police chase riders on horse carriages
.
Mad Izatie said...
The first video looked like it could have been from an action film.
Talk about hardcore!
Posted by The Man at 6/29/2008 1 comment:

German man torches car to protest high gas prices
A German man doused his BMW with gasoline and torched it on Friday in protest at skyrocketing fuel costs, police said. The unemployed 30-year-old man drove the black 1995 BMW 3-series sedan onto the lawn outside Frankfurt's convention center grounds at about 7:30 a.m., police spokesman Karlheinz Wagner said.
He then jumped out, emptied a canister of gas over the vehicle, and set fire to it, Wagner said.
By the time the fire department got to the scene, the car was entirely burned out.
The Bavarian man, whose name was being withheld because he has not been charged with a crime, told police that gas prices were so high he could no longer afford to drive the vehicle.
As in many countries, gasoline prices have risen steadily in Germany; a liter of regular gasoline now costs about euro1.55, or $9.40 per gallon.
.
Man who tried to pay bond in dirty cash jailed
A man who tried to pay a $100 bond in dirty money will spend a week in jail for contempt of court. A Scott County judge sent the man to jail on Thursday.
The man was arrested in May for driving a truck with a defective tire. Instead of paying a fine, he opted for a trial and a judge required him to post bond.
On Thursday, he brought a box of crumbled money and a bucket of pennies to the clerk of court's office.
Clerk of Court Julie Carlin said there were bugs in the box and the pennies were covered in an unknown substance, and they used rubber gloves the count the cash.
.
Teen Decapitated by ride at Georgia Six Flags
A teenager was decapitated by a roller coaster after he hopped a pair of fences and entered a restricted area Saturday at Six Flags Over Georgia, authorities said.
Six Flags officials are uncertain why the 17-year-old from Columbia, S.C. scaled two six-foot fences and passed signs that said the restricted area was both off-limits and dangerous to visitors, spokeswoman Hela Sheth said in a news release.
Authorities were investigating reports from witnesses who said the teenager jumped the fences to retrieve a hat he lost while riding the Batman roller coaster, said Cobb County police Sgt. Dana Pierce. Police have declined to release the teenager's name until an autopsy is completed.
Six Flags said it closed the roller coaster after the Saturday afternoon accident out of respect for the teen's family. The ride was expected to reopen on Sunday, according to a Six Flags news release.
Police said the ride was going full-speed 50 mph when the teen was struck.
.
Shoplifting suspect dies after being arrested
A Florida man suspected of shoplifting from a Coralville Hy-Vee grocery store died after he was arrested.Coralville police say they received a call of a shoplifter running from the store Sunday night.Thirty-seven-year-old Todd Edwards, of Orlando, Fla., was arrested and taken to the police station.Police say Edwards became less responsive and officers called for an ambulance. Edwards was taken to University Hospitals in Iowa City, where he was pronounced dead.
.
Assult with Banana
Frederick County sheriff’s deputies are looking for a man who attacked a convenience store clerk with a banana.
A man walked into a 7-Eleven store in Monrovia just after midnight Wednesday and demanded money. Investigators said that when the clerk refused, the man became so agitated that he started grabbing items off the counter.
He snatched up a banana and began hitting the clerk, the sheriff’s office said.
The clerk pulled out a knife, and the man with the banana split.
.
City changes mind, says take off your pants
In a turnaround, Aurora has rescinded its policy requiring lifeguards to wear pants.
Half the lifeguard staff at Aurora reservoir quit after the city required them to wear breakaway pants while on duty. Aurora said the policy was designed to protect its lifeguards against sun exposure and West Nile virus.
The lifeguards who quit said the new uniform could put swimmers’ lives at risk.
"It takes an average of four to five seconds to take the pants off to get into the water, or if we try to get into the water with the pants, it’s going to be dragging and we’re not going to really be able to swim and get them back to shore," lifeguard Greg Huston said.
.
Home for sale includes wife
A struggling single parent and real estate agent is trying to sell her house and find a husband. She’s auctioning off both her home and herself in a package deal on eBay and Craigslist.
Single parent Dee Traboscia has been divorced for eight years. She had hoped to be remarried by now, so she is turning to the Internet for help.
She goes on to say that her four-bedroom, 2,000-square-foot home, which will be included in the deal, has "neutral colors, Berber carpet, and upgraded tile."
Her eBay auction ends July 2 and asks for a starting bid of 99 cents with a shipping cost of $500,000. The auction has not yet received any bids.
.
2-Year-Old Survives on Cat Food After Mom's Death
Sacramento police say a 2-year-old boy survived on cat food for up to six days after his mother died.
A social worker heard the toddler crying while making a visit to check on the family Thursday morning. The worker called police after no one answered the door of the brick duplex where the mother and child lived.
Inside, authorities found the body of 36-year-old Lisa Gonzales. It was not immediately known how she died, but a Child Protective Services spokeswoman says the woman suffered from a chronic illness.
Neighbors said the woman worked as a waitress and described her as quiet.
The boy, identified only as Noah, is in protective custody while social workers determine whether he can be placed with a family member.
.
Posted by The Man at 6/29/2008 No comments: